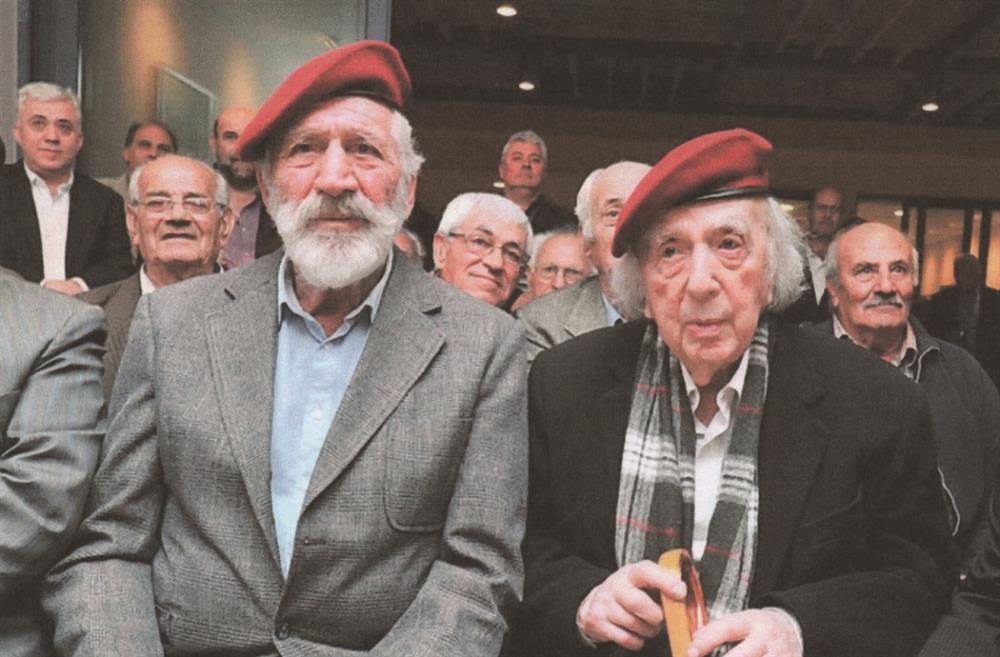 The death of Vassos Lyssaridis, a man whose name is inextricably linked with the Struggles of Cypriot Hellenism, induced grief across the political world and in society.

Throughout his life, Vassos Lysaridis, developed intense political, militant, social and leadership action and his name evokes respect in all political circles regardless of ideology.

A physician by profession, he was chairman of the House of Representatives (1985-1991), chairman of the Social Democrat Movement-EDEK (1969-2001) and member of parliament elected in the Nicosia Electoral District in 1960-2006.

In the early years of his political activity, he was chairman of the Pan-Student Committee of the Cyprus Struggle, organized mass events for the unification of Cyprus with Greece, was chairman of the Student Union of Cyprus and secretary of the Coordinating Committee of Cypriot Associations. He also participated in the 1955-1959 Struggle, closely cooperating with Leader Georgios Grivas, something that led to his expulsion from the political party of AKEL.

With the founding of the Republic of Cyprus, Vassos Lyssaridis acquired his own armed group in 1960. “Lyssaridis’ Kokkinoskoufides” or “Lyssaridis’ Squadron” enjoyed the trust of Archbishop Makarios who undertook the group’s equipment. 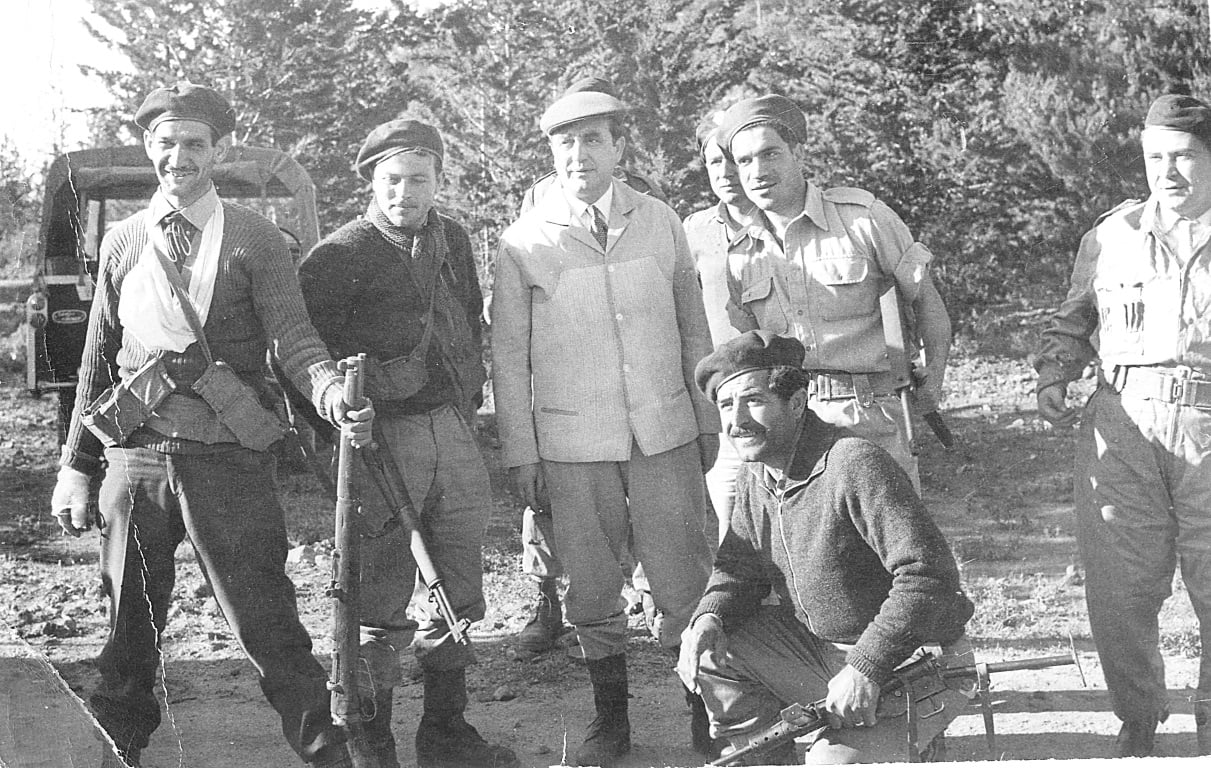 Lyssaridis’ armed men came mainly from the mountainous areas of Nicosia and were trained by Greek officers in the area of ​​Machairas Monastery.

Historically, Kokkinoskoufides did not form a tactical army, nor were they trained commandos or experienced soldiers. They were volunteers, fighters of EOKA who, having Doros Elias as their military leader, had resorted to Vassos Lyssaridis for help. At the invitation of President Makarios himself, they wanted to offer their services voluntarily to fight the Turkish Cypriot insurgency, which actually began on December 21, 1963, with the riots in Taktakalas.

According to Athos Erotokritos’ book entitled “Kokkinoskoufides of Pentadaktylos 1963 – 1964” (Aegean publications, 2018), Vassos Lyssaridis revealed that “Makarios called Doros Elias after the Turkish invasion, so as to gather his men, a group of EOKA activists and other volunteers of all ideological positions who wanted to fight with us, because he would need them, as he was told. Doros was a leading figure and had military experience since he was an EOKA fighter. So, they came to my clinic, a place of their choice, without me knowing it, to have a gathering place and an attack center. I, without hesitation, accepted them and so my clinic turned into their attack centre. From there, in fact, they resisted and expelled the armed Turks who moved from Ledras Street to Eleftherias Square. Thus, their armed action against the Turkish Cypriot insurgents began.” In these terms, Dr. Vassos Lyssaridis became the political leader of Kokkinoskoufides. 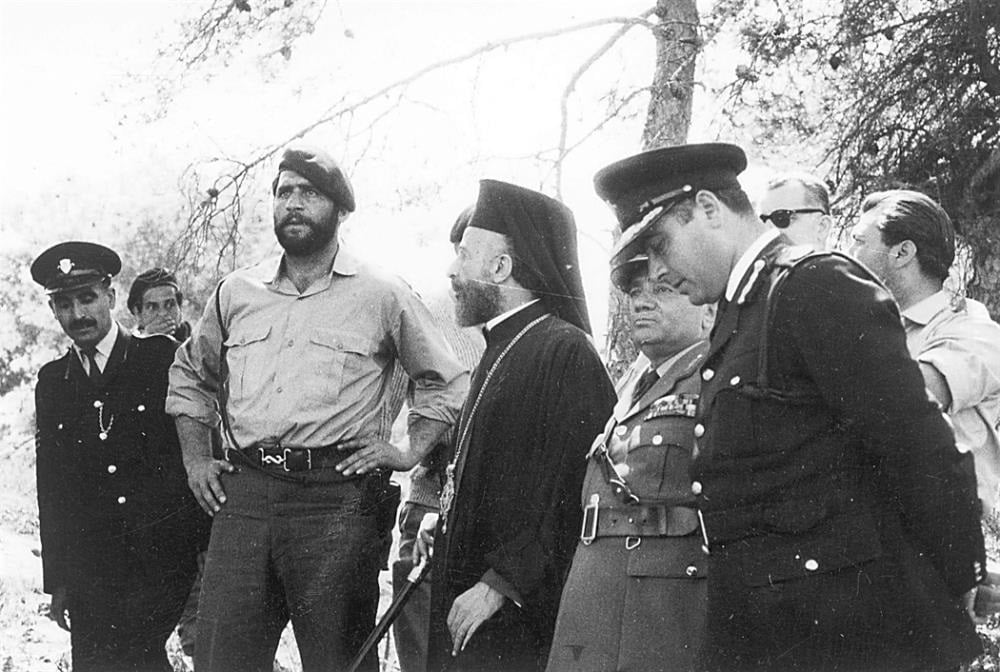 “We climbed Pentadaktylos at the beginning of March 1964. Our aim was to recapture the mounds which had been climbed and fortified by Turkish Cypriot insurgents, acting under the guidance of experienced Turkish officers. After successive operations, we managed to displace them from the area of ​​Profitis Ilias, liberating the abandoned Greek villages. The last Turkish insurgents were expelled from the mountainous area of ​​Pentadaktylos on April 29, 1964,” testifies Doros Elias, in “Kokkinoskoufides of Pentadaktylos 1963 – 1964″. In total, the volunteers of Lyssaridis’ squadron liberated seven villages in the mountainous area of ​​Pentadaktylos and fought battles that played a catalytic role in the continuation of the riots of the 1960s.

In particular, the General Staff of the then Voluntary National Guard decided to attack the Turkish insurgents. Among the volunteer groups that responded to the call of the National Guard were the Mountain Expeditionary Squadron of Vassos Lyssaridis (Kokkinoskoufides), the volunteering unit of Nikos Sampson (i.e. green berets), about thirty (30) men of the Cyprus Army and fifty (50) volunteers under the command of Captain Pantelakis Pantazis.

Also read: April 7, 2004 | Papadopoulos says “no” to Annan – “I received an internationally recognized state. I will not hand over a ‘community’” – VIDEO

Lyssaridis’ Squadron undertook the recapture of the wider area of ​​Profitis Ilias in Pentadaktylos and four detachments of about 160 special operations men penetrated in various areas.

On April 24, 1964, the operation with the aim of recapturing the entire area west of the Castle of Agios Hilarion begins. There, using the motto “AERA” and with a frontal attack, four detachments penetrate simultaneously from the villages of Karmi and Fteriha and recapture – with a surprise operation – all five targets that had been set in the operation plan.

By April 25, the Turkish Cypriot armed insurgents abandoned their weapons and ammunition and fled in disarray. 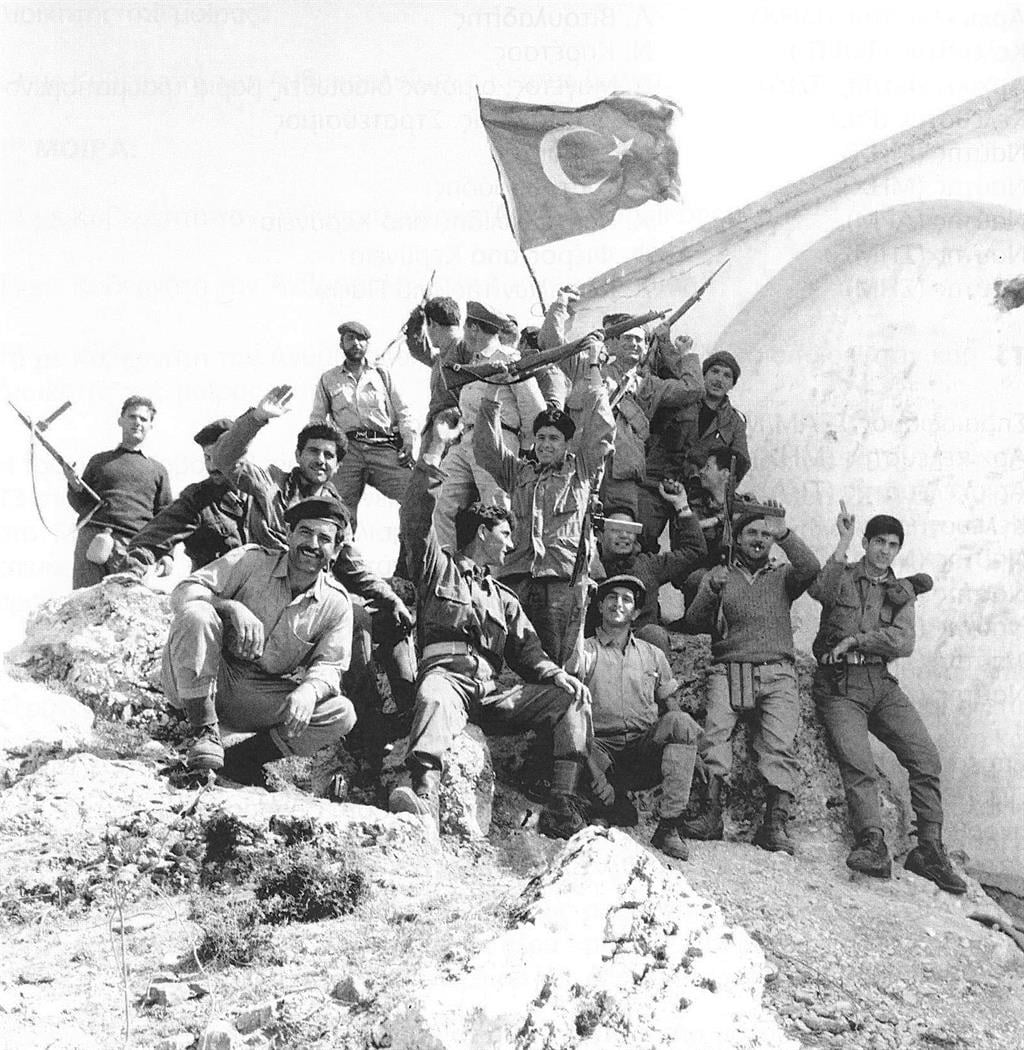 Vassos Lyssaridis himself said in his book: Greek Major Dimitris Poulios, who was one of the trainers of our teams in Machairas, had an intelligent plan in these operations in Pentadaktylos. If I remember correctly, he divided Kokkinoskoufides into groups of ten men, at a distance from each other and with their boots hanging around their necks so as not to make noise and, without being noticed, they surprised the Turks who were in their outposts on mounds of strategic importance in the area of ​​Profitis Ilias in Pentadaktylos. Thus, shooting everyone during the operation, they made the Turkish Cypriot and Turkish insurgents think that they were surrounded by a large number of Greek Cypriot fighters. It was then that the Turkish Cypriot militants who manned these mounds left their positions in panic.”

The newspaper Charavgi had then written on its front page: “The insurgents west of Agios Hilarion were cleared. Sweeping 4-hour operation. Seven Greek villages in the area were liberated from the terrorist act. Several insurgents were killed. A member of the National Guard fell while on duty.”

Lyssaridis’ Squadron suffered only one casualty, the volunteer from Kyrenia, Costas Galaktiou.

Regarding the red color of the Beret worn by “Lyssaridis’ Squadron”, he explained that: “I chose the beret color of the Mountain Expeditionary volunteers, Kokkinoskoufides, because I had the impression that it was worn by the Greek Army commandos during their difficult and heroic military operations. Thus, the red berets were worn by Kokkinoskoufides of Pentadaktylos, who voluntarily came to fight for the well-intended interests of our homeland.”

The official emblem of the Republic of Cyprus was embroidered on the front side of Kokkinoskoufides’ berets, with the dove holding an olive branch in its mouth embroidered in gold. Also, the initials L.O.K. (Mountain Expeditionary Corps) were sawn in gold.