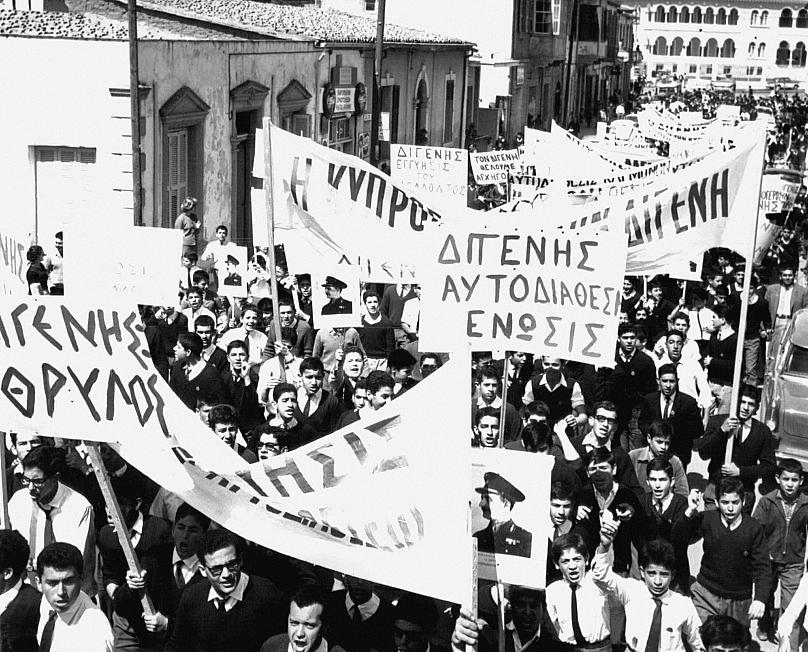 At the beginning of the Liberation Struggle on Friday, April 1, 1955, the National Organisation of Cypriot Fighters (EOKA) consisted of only few, courageous and enthusiastic fighters. However, as time passed by, new fighters constantly joined the Organisation and by March 1959, they had been more than twenty thousand (20,000).

According to the 2004 report of the Council of Historical Memory of the EOKA 1955-1959 Struggle, one hundred and eight (108) EOKA fighters were sacrificed for the freedom of Cyprus and went down in history as the heroic martyrs of the EOKA Struggle.

Also read: Eighteen heroic figures of Famagusta are “revived” thanks to the power of technology – VIDEO

Those who died are the ones hanged in the Central Prisons, the fighters who were burnt to death in their hideouts fighting the colonists, the ones on the battlefield, those who died during the execution of a specific operation or while being tortured.

Thousands of fighters also became known for being sentenced to prison by the Special Courts of the colonial government or arrested and held without trial in concentration camps, the notorious Detention Centers. However, thousands of other fighters with a major contribution to EOKA were never known because they were neither arrested nor included in any list.

Thus, in order to highlight and honor the thousands of men and women who participated in the EOKA Struggle, in 1990 the Unit Heads Association took the initiative to record the names of all those who participated in the Struggle. The task of recording all EOKA fighters was quite difficult due to the fact that the boundaries of the Units during the Struggle often changed, while the Unit Heads themselves changed, either because they were arrested or because they moved to other areas. Therefore, there was no follow-up regarding the contact of the Unit Heads with all the fighters in their area.

In addition, by order of Leader Digenis, the Political Committee of the Cyprus Struggle (PEKA) and the Alkimos Neolaia EOKA (ANE) were founded during the Struggle, whose members were not in all cases known to the Unit Heads. However, following the latter’s actions, the compilation of the Register had begun.

The continuation of the task was undertaken by the Council of Historical Memory of the EOKA 1955-1959 Struggle in collaboration with all the Associations of Fighters – Unit Heads, Political Convicts, Political Prisoners, Rebels, Unarrested and the S.A.P.E.L. Fighters Association of City and District of Limassol. A questionnaire was prepared, which, in addition to the personal data of the fighter, asked for the testimony of the leader of the team to which he belonged, the confirmation of the respective Unit Head and the details of his action.

In its report, the Council of Historical Memory of the EOKA 1955-1959 Struggle emphasizes that: “Despite the long and intensive efforts made to record all the fighters of 1955, mistakes are not ruled out, either due to lack of information or due to the death of key informants who never disclosed the names of their affiliations.”

The following volumes present the “anonymous” Cypriot people, who covered or participated in different ways in the EOKA operations, the people who paid the price of freedom with their lives and the strongest proof to those who claim that the EOKA Struggle was not a Struggle of all Cypriot people.

You can view and download the register of EOKA fighters here: