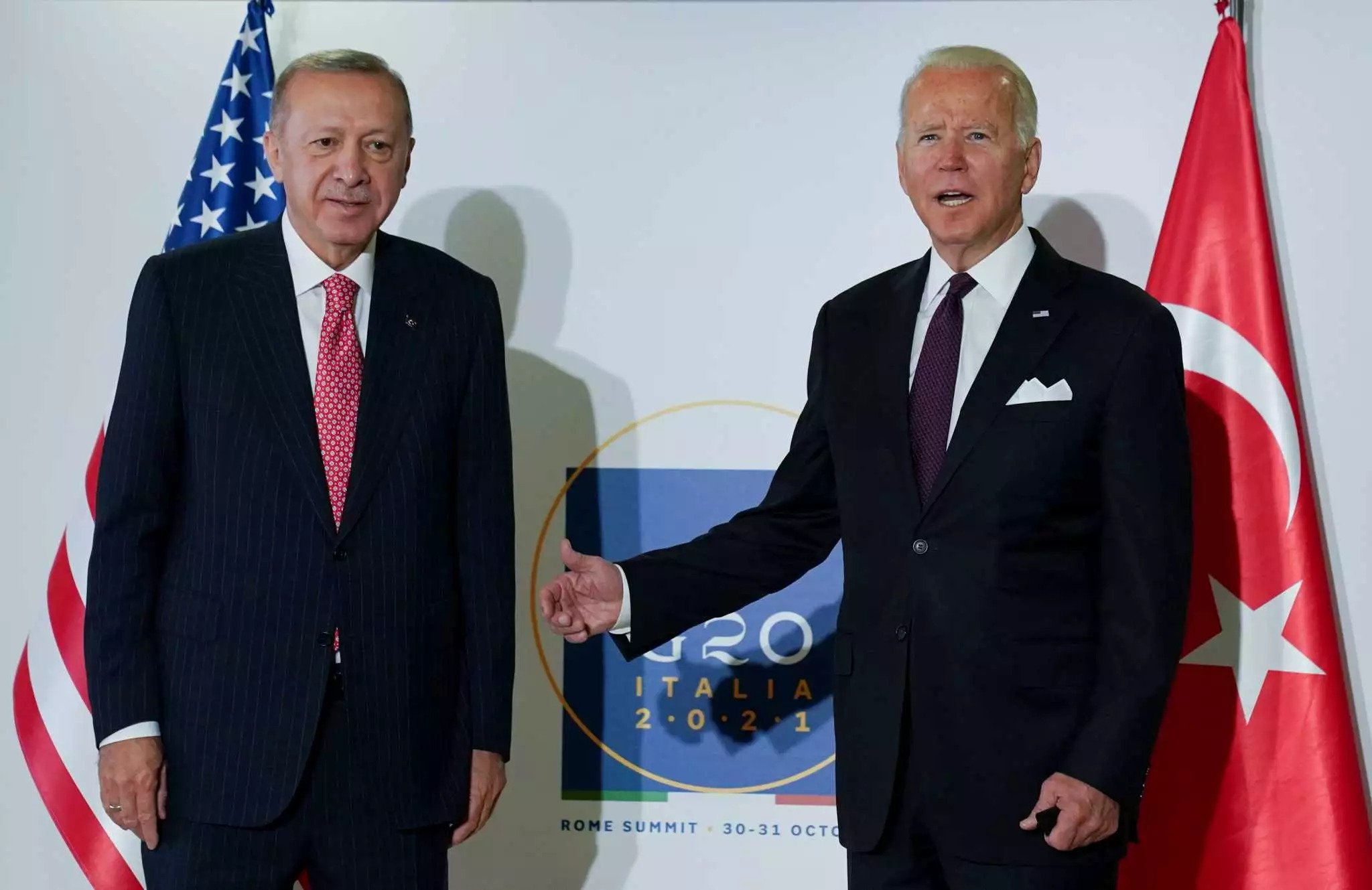 The presidents of Turkey and the United States had a telephone conversation yesterday, Thursday afternoon. Erdogan and Biden discussed the Russian invasion of Ukraine and bilateral issues, according to a statement from the Turkish presidency.

Tayyip Erdogan told his US counterpart Joe Biden that Turkey’s role in trying to continue the dialogue between Moscow and Kyiv is important in order to prevent the escalation of the crisis. He stressed that the tripartite meeting between Lavrov – Kuleba – Cavusoglu in Antalya, a few hours earlier, was a diplomatic success.

Biden welcomed Turkey’s efforts to support a diplomatic solution to the crisis. During their telephone conversation, which lasted about an hour, the two leaders expressed concern about the ongoing Russian invasion of Ukraine and reaffirmed their support for Kyiv, according to a White House statement.

According to a statement issued by Erdogan’s office, the Turkish President stressed to his US counterpart that the time had come to lift all “unjust” sanctions against the Turkish defence industry. He added that Turkey wants to buy 40 new F-16 fighter jets and modernize its existing ones as soon as possible.

Ankara originally planned to acquire more than 100 F-35 fighter jets manufactured by Lockheed Martin, but the United States excluded Turkey from the program in 2019 after the Turkish acquisition of the Russian S-400 air defence systems. Turkey called the decision unfair and demanded reimbursement of $ 1.4 billion.

A few months ago, it became known that Ankara had submitted a request to Washington for the purchase of 40 F-16 aircraft and equipment to modernize its fighter fleet. The acquisition of the Russian S-400s also brought US sanctions on Turkey. In December 2020, Washington blacklisted Turkey’s Defence Industry Directorate, headed by Ismail Demir and three other officials.

Decades of cooperation between the two NATO allies have been severely shaken in recent years by disagreements over Syria, Ankara’s close ties with Moscow, US allegations against the Turkish bank Halkbank and allegations of violations of rights and freedoms in Turkey.

Washington has repeatedly warned Turkey not to purchase other Russian weapon systems. For its part, Ankara has said it intends to purchase a second batch of S-400s from Russia, which could exacerbate a diplomatic rift with the United States.

The Turkish request for the purchase of fighter jets is estimated to be difficult to approve by the US Congress, which does not have the best feelings for Turkey in recent years. Democrat and Republican lawmakers urged Biden in October not to sell F-16 fighter jets to Turkey, saying he was confident Congress would block the deal.

Also read: Meeting between Dendias and Truss | Activation of the Greek-British Memorandum in the field of Defence