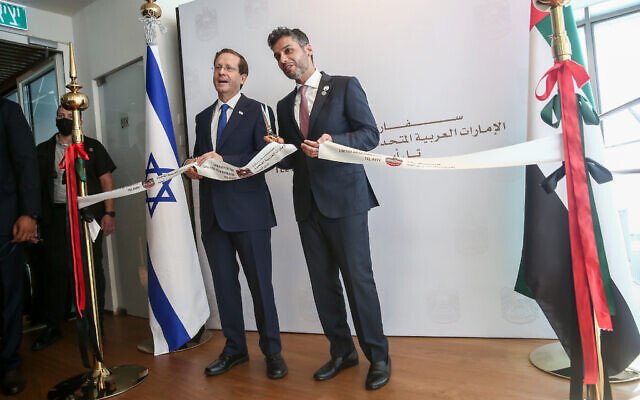 Today, the United Arab Emirates opened its embassy in Israel and the Israeli president attended the ceremony.

The embassy is located in the Tel Aviv Stock Exchange building and opened after the inauguration of the Israeli embassy in the United Arab Emirates last month.

UAE Ambassador Mohammad Mahmoud Al Khajah officially presented his credentials in early March, but the official opening of the Embassy has not taken place to date.

“It is a great honor to open the embassy here. Ten months ago, our two countries signed the Abraham Accords with a vision of dignity, prosperity and peace for both peoples,” Khajah said at the ceremony.

He added: “This is just the beginning. Both countries are innovative nations and we will take advantage of these new approaches to the prosperity of the countries.”

Also read: The aftermath of the Israel – UAE agreement | VIDEO