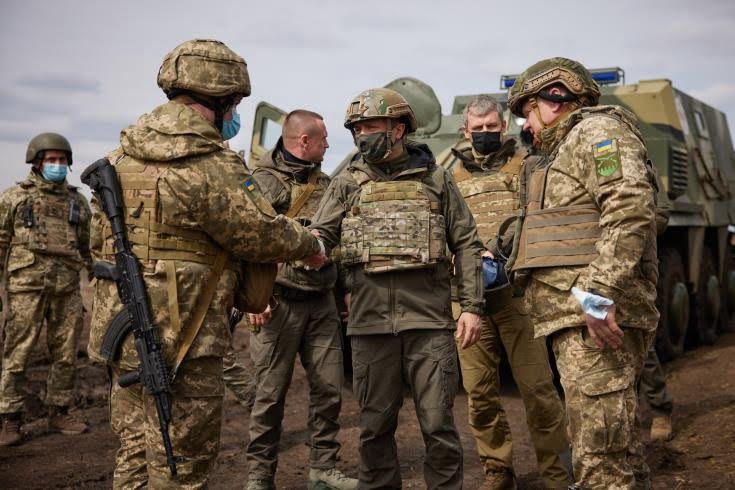 A Ukrainian soldier was killed by pro-Russian separatists in eastern Ukraine, the armed forces announced on Sunday, as tensions in the region continue to rise despite the fact that the ceasefire is still in force.

Another member of the armed forces was wounded during an “enemy attack”, the Staff in Kiev said.

Also read: Ukraine | “Russia sends 4,000 troops to the border” – Dozens of tanks and helicopters flock to the area – VIDEO

According to the announcement of the Ukrainian army, positions of its forces have suffered nine attacks since Saturday. For their part, separatists in Donetsk region accused the Ukrainian army of carrying out attacks.

Ukraine and Russia have been blaming each other for escalating tensions in Donbass, where an armed conflict has been raging for seven years.

For the first time, the Kremlin has openly threatened for military intervention if the Ukrainian army launches a large-scale offensive in eastern Ukraine.

Based on Russian military dogma, this would be justified for the protection of Russian citizens abroad.

Also read: Ukraine | The globe is watching the military preparations with bated breath – All developments – VIDEO

Russia has issued more than 400,000 passports to citizens of Donetsk and Luhansk regions controlled by pro-Russian separatists.

Germany, the United States and NATO are concerned about the escalation of tensions.

German Defence Minister, Annegret Krab-Karenbauer, demanded that Moscow clarify its intentions on Saturday. “If Russia has nothing to hide, it can easily explain which troops are being transported where and for what purpose,” he said via Twitter.

Russian Shipment of Military Hardware and Vehicles still continues to be deployed near the Ukrainian Borders.pic.twitter.com/UAQx9cpWyX

Russia opposes giving expanations to anyone about the movement of its troops and does not threaten anyone.

Berlin also criticized the fact that Moscow did not take part in Saturday’s meeting of the Organization for Security and Co-operation in Europe (OSCE), of which Russia is a member, to discuss the situation.

“Russia must de-escalate and clarify the nature of its troop movements on Ukraine’s borders,” the OSCE said on Twitter.

Also read: Ukraine | “Russia sends 4,000 troops to the border” – Dozens of tanks and helicopters flock to the area – VIDEO