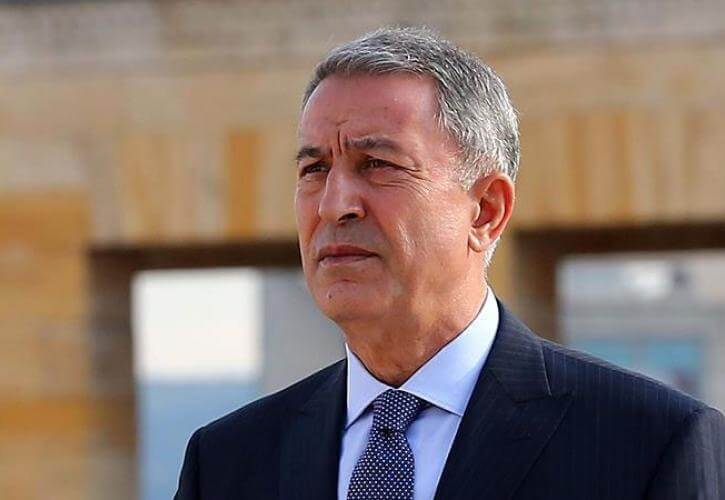 Turkish Defence Minister, Hulusi Akar, met his Italian counterpart, Lorenzo Guerini, and his British counterpart, Ben Wallace, in Constantinople yesterday to discuss developments in Ukraine and the issues relating to defence and security cooperation between the three countries.

In a joint press conference after the tripartite meeting, as reported by APA MPA, the Turkish Minister of Defence stated: “We reaffirmed once again that we support the sovereignty, independence and territorial integrity of Ukraine.”

The three Ministers also agreed on the “need for a ceasefire as soon as possible”, in order to avoid additional casualties and to prevent the worsening of the humanitarian crisis.

Prior to the tripartite meeting, Hulusi Akar met privately with both his Italian and British counterparts, according to a statement from the Turkish Defence Ministry.

Ankara has stepped up efforts to find a diplomatic solution, pushing for a meeting between the Presidents of Russia and Ukraine.

The last round of peace talks between the Moscow and Kyiv delegations took place in Istanbul late last month.

Also read: USA – Turkey | Establishment of a Strategic Mechanism – “It is in the interest of the US and NATO to sell F-16s to Turkey”