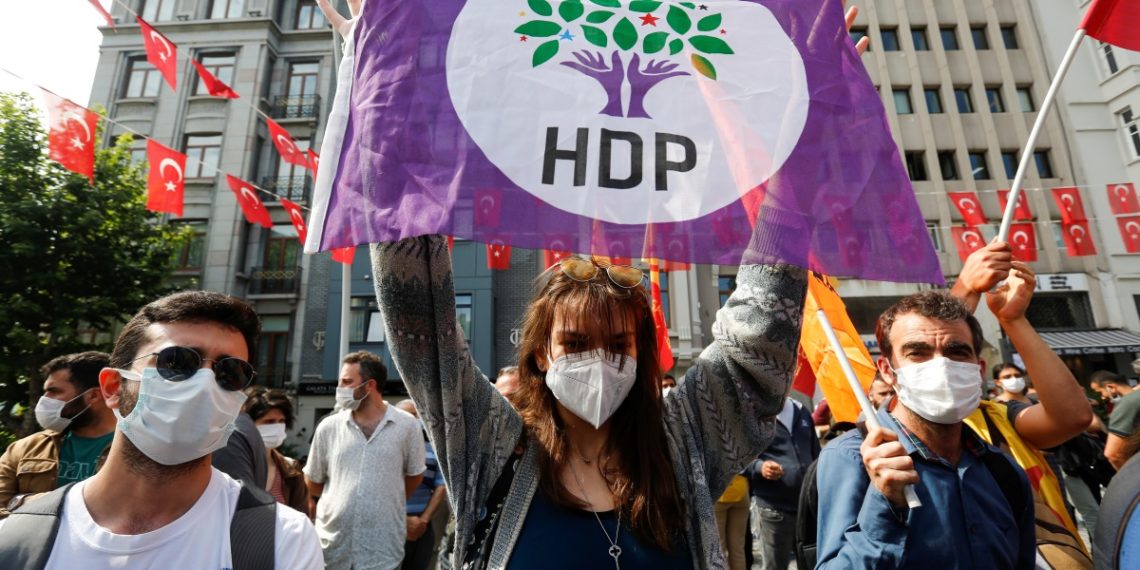 The Turkish police arrested an MP of the pro-Kurdish HDP party yesterday, after the publication of photos showing her with members of the PKK.

Interior Minister, Suleyman Soylu, announced that MP Semra Guzel of the Peoples’ Democracy Party (HDP) was arrested while traveling in northwestern Turkey in possession of “a fake passport.”

Turkish authorities consider the HDP a political arm of the PKK and have initiated procedures that could lead to the ban of the party.

The pro-Kurdish party, for its part, denies having ties to the PKK, but some of its members have connections with wanted rebels or refuse to condemn their actions.

Many HDP members were arrested in the crackdown that followed the 2016 coup attempt.

With information from: APA MPA, AFP