Turkey | Letter to the UN on the drilling of ExxonMobil in the Cypriot EEZ
Defence Redefined
Published on 30/12/2021 at 12:05 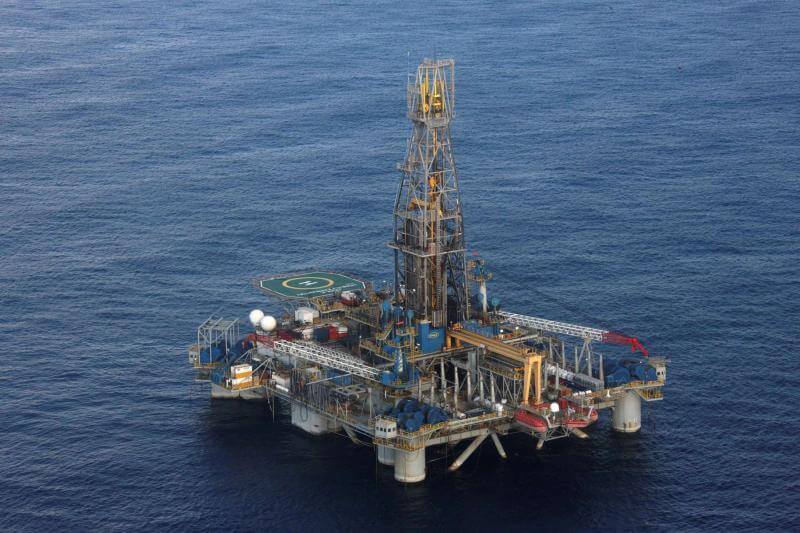 Turkey’s obsession with the narrative of the “Blue Homeland” and the formulation of indirect threats for the drilling of ExxonMobil / Qatar Petroleum on Block 10 of the Cyprus EEZ are declared in a letter to the UN by the Permanent Representative of Turkey, F. Sinirlioǧlu.

The letter dated December 16, 2021, according to the Liberal website, attempts to present the Republic of Cyprus as a “violator” of international legitimacy and to attribute the responsibility for the tension in the Eastern Mediterranean to Cyprus, because it exercises its sovereign rights via surveys and drilling within its delimited EEZ.

However, Ankara, while reiterating the threats regarding Block 5 which was licensed to the US-Qatari Consortium, for the first time reacts to the drilling that has already started on Block 10 at Glafkos, which is far from Turkey’s claims based on the “borderline” of the “Blue Homeland” and for which it has not raised claims.

The said Block, located on the border of the EEZ delimitation line between Cyprus and Egypt (2003), is beyond the illegal plotting of blocks by the pseudo-state, which it granted for surveys to the Turkish company TRAO. It was on the basis of this illegal permit that Turkey intervened with warships expelling the Italian drilling rig that had been sent for surveys on Block 3 of the Cyprus EEZ in 2013.

The Turkish government in recent days has been severely criticized by both the opposition and retired officials for “exchanging” Qatar’s involvement through the state-owned company Qatar Petroleum in the Cypriot EEZ with the financial support of the Sheikh of Qatar in order for Mr. Erdogan to face the crisis of the Turkish lira.

Of course, threats against the US-Qatari consortium are vehement to record and intimidate oil companies as it is unlikely that Ankara will intervene on the ground to prevent drilling against an American-backed geosphere.

The coming months will be crucial, when Turkey may be tempted to test France’s reactions when the French TOTAL starts drilling in Block 6, the northern part of which Turkey claims as a Turkish continental shelf. In this case, the drilling point is in the southern part of Block 6.

Also read: Turkey | Appointment of special envoy for normalization of relations with Armenia

First of all, I would like to remind all interested parties that the external borders of the Turkish continental shelf have been declared to the United Nations through a number of official notifications, the first of which is our note 2004 / Turkuno DT / 4739, dated 2 March 2004 and the last is my letter of 18 March 2020 (A / 74/757). Turkey will protect its sovereign rights and interests and will not allow any unauthorized hydrocarbon activity within its continental shelf. Our determination has been made public many times in the past and most recently with the statement of the Ministry of Foreign Affairs of the Republic of Turkey on December 2, 2021.

In addition, it is recalled that there is no single Authority de jure or de facto competent to represent both Turkish Cypriots and the Greek Cypriots, and consequently Cyprus as a whole. The hydrocarbon resources in and around the island of Cyprus belong to the Turkish Cypriot and Greek Cypriot people together as co-owners and equal rulers of the island. Turkey fully supports the proposals of the Turkish Republic of Northern Cyprus (TRNC) to the Greek Cypriot Administration, the last of which was formulated on 13 July 2019, to establish a cooperation mechanism that would involve, among other things, a fair distribution of offshore revenues from hydrocarbon resources.

This proposal could easily address the issue of hydrocarbon resources around the island and, therefore, serve as an important confidence-building measure. It is unfortunate that the Greek Cypriot side continues to ignore the repeated calls of Turkey and the Turkish Cypriots on this issue.

In a related report, the announcement of the Greek Cypriot Administration for the continuation of drilling activities within the so-called “Block 10” is another example among the many escalation steps that endanger peace and stability in the Eastern Mediterranean. Turkey and the TRNC are determined to protect their legitimate rights and interests in the face of such unilateral acts and challenges.

I would be grateful if this letter could be distributed as a document of the General Assembly, in accordance with items 44 and 78 of agenda (a) and of the Security Council, and published on the website of the Department of Oceans and Maritime Law, as well as in the next publication of the Bulletin for the Law of the Sea.