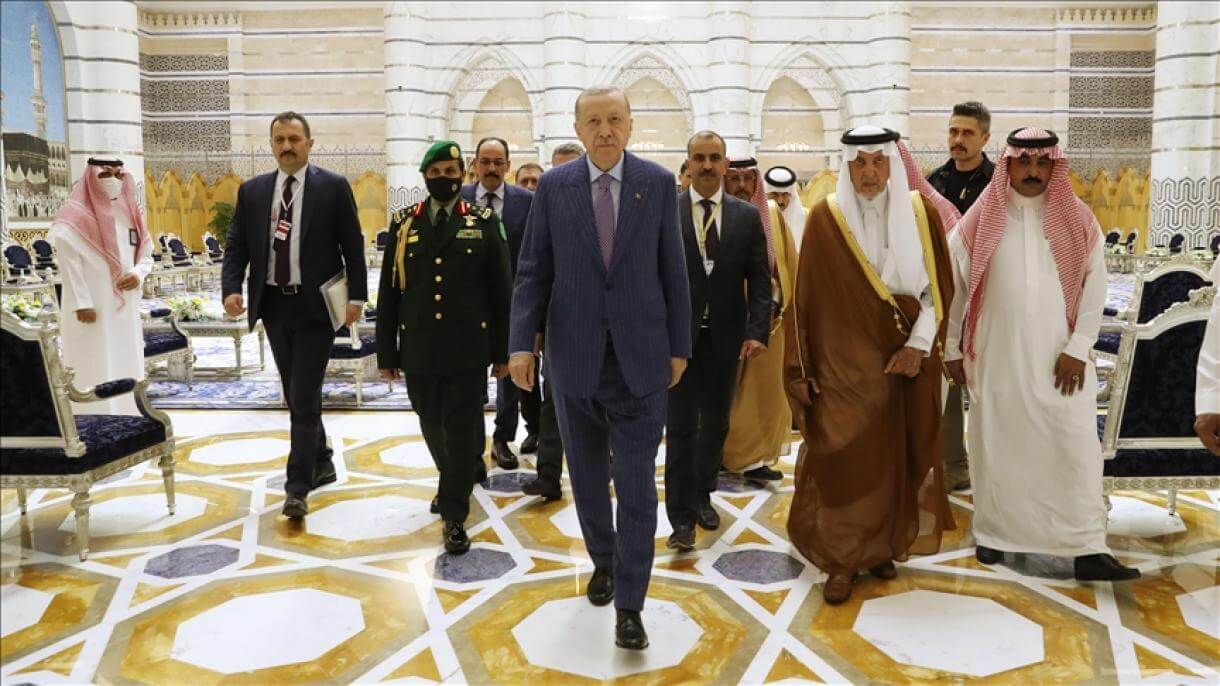 Recep Tayyip Erdogan is in Saudi Arabia for the first time since the assassination of journalist Jamal Khashoggi in an attempt to restore bilateral relations.

The Turkish President met with the Crown Prince of Saudi Arabia, Mohammed bin Salman, on Thursday, 28/4, in Jeddah, where according to the SPA agency, they examined the Turkish-Saudi relations and the ways in which they can be developed in all areas.

The visit of the Turkish President, who also met with King Salman, took place at a time when his country is going through a serious economic crisis: the Turkish pound lost 44% of its value against the dollar in 2021, while inflation rose in March by 61.1% on an annual basis.

This situation pushed Erdogan to restore his relations with former hostile countries, such as Egypt and Israel, but mainly with the rich Gulf monarchies, such as Saudi Arabia and the United Arab Emirates.

Prior to his departure from Istanbul, Erdogan expressed hope that his visit would usher in a new era in bilateral relations. “Strengthening cooperation in the fields of defence and finance is in our common interest,” he said.

Also read: Turkey | The “Aegean Army” in a landing exercise in ​​Smyrna – Photos

A Turkish official, speaking on condition of anonymity, said Erdogan would not make any official statement during the visit on Jamal Kasogi, whose assassination had strained relations between the two countries. Erdogan had then directly accused the Saudi government of orchestrating his assassination.

In July 2020, the trial of 26 Saudis began in Istanbul in their absence, including two close associates of bin Salman, whom Ankara accused of killing Khashoggi. However, in early April, the Turkish justice decided to transfer the Kasogi case to the Saudi authorities.

According to Saudi analyst, Ali Shehabi, Erdogan’s visit is considered a victory for Saudi officials who wanted to turn the page on bilateral relations.

He claims that President Erdogan was isolated, paid a high financial price, and is in need of tourists and trade ties with Saudi Arabia, while Riyadh wants to have Ankara on its side on a number of regional issues and may also buy weapons from Turkey.