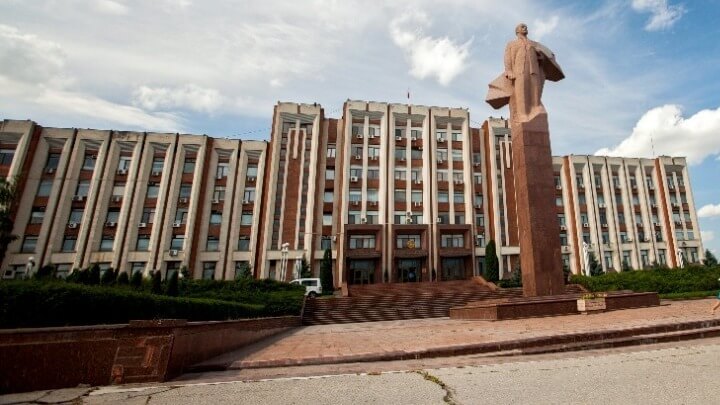 Moldovan President, Maia Santou, convenes an extraordinary National Security Council meeting following a series of bombings in the breakaway, Moscow-backed region of Transnistria. The Council has been convened as in the last few hours favorable conditions towards the expansion of Russian military operations into the pro-Russian enclave have been created.

The meeting will take place at noon and will be followed by a press conference by the Moldovan President, as reported by APA MPA. At the same time, the Transnistrian authorities have switched to a red alert (“terrorist threat”) based on the series of bombings witnessed in the last hours in the pro-Russian enclave.

Concerns have prevailed since the start of the Russian attack on Ukraine in Moldova, a former Soviet republic, which fears it will be Moscow’s next target. The concerns intensified after a series of explosions that took place yesterday and today in Transnistria, which is financially and militarily supported by Moscow.

Yesterday, an explosion took place at the headquarters of the local Ministry of Public Security of the self-proclaimed republic in the capital Tiraspol, while today explosions hit a radio tower destroying two antennae in the village of Mayak, near the border with Ukraine. Shortly afterwards, the Transnistrian Security Council announced a “terrorist attack” on a military unit near Tiraspol.

The incidents come at a time when Moldovan authorities are fearing the creation of another front of the Russian offensive in Ukraine with Chisinau’s relations with Moscow being strained by the takeover of the presidency by pro-European Maya Santou.

Also read: Moskva | Is the captain and half of the crew alive?

Fears escalated last week when a Russian general said Moscow was seeking to occupy southern Ukraine, which borders Transnistria, to provide direct access to the separatist enclave that Moscow supports financially and militarily.

General Rustam Minekaev, deputy commander of the Russian Central Command, also said that Moldova’s Russian-speaking population was “a victim of oppression”. This pretext is systematically invoked by Moscow for its military interventions. He also referred to the “defence of the Russian minority” for Russia’s invasion of Ukraine. Moldova has summoned the Russian ambassador to protest the threat, urging Moscow to respect its territorial integrity.

Transnistria seceded from the state of Moldova after a brief civil conflict following the break-up of the Soviet Union. The enclave, with a population of 500,000, is almost entirely dependent on Moscow, which supplies free gas and has deployed 1,500 troops there.

Moldova, a small Eastern European country with a population of 2.6 million, tucked between Romania and Ukraine, is already suffering the consequences of the Russian invasion of Ukraine with an influx of 400,000 refugees.