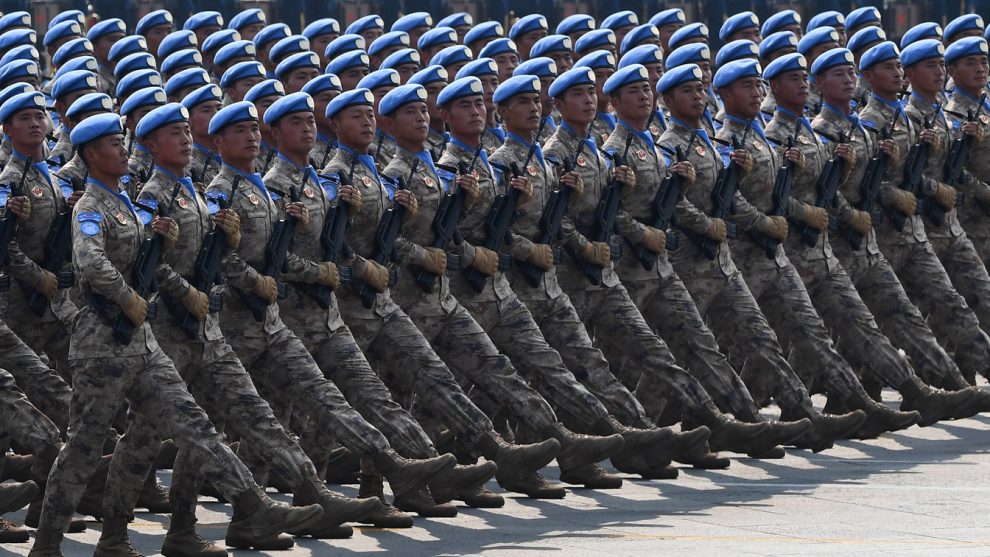 Last fall, the US Air Force simulated a war “game” against China, set for about 10 years from now.

The war with China began with a Chinese biological-weapon attack that quickly swept through US military bases and warships in the Indo-Pacific region.

China then carried out a major military exercise to deploy a massive invading force.

The simulation culminated with Chinese missile strikes against US bases and warships in the area, and a lightning air and amphibious assault in Taiwan.

China won in a very short time, according to Air Force Lt. Gen. S. Clinton Hinote. This is said to be part of the secret “war game” (i.e. war simulation) and details are now being revealed.

China’s tendency to develop its military capabilities unabated and the United States’ retreat accelerated during the COVID-19 pandemic.

In fact, this month the US Council on Foreign Relations released a special report entitled “The United States, China and Taiwan: A Strategy to Prevent War.”

The report concludes that Taiwan “is becoming the most dangerous flash point in the world for a possible war” between the United States and China.

In a Senate testimony, the head of the US Indo-Pacific Command, Admiral Phil Davidson, warned that he believed China could try and annex Taiwan “in this decade, in fact within the next six years.”

At the same time, a Chinese think tank recently described tensions in US-China relations as the worst since the Tiananmen Square massacre in 1989 and it advised Communist Party leaders to prepare for war with the United States.

Apparently, many Americans do not realize that the years of classified Pentagon “war games” strongly suggest that the US military would lose this war.

“More than a decade ago, the ‘war games’ indicated that the Chinese were doing a good job of investing in military capabilities that would make our preferred model of expeditionary warfare, where we push our forces forward and operate from relatively secure bases, increasingly difficult,” said S. Clinton Hinote, Deputy Chief of Staff for Strategy, in the exclusive interview with Yahoo News (James Kitfield 10/03/2020).

“At this point the trend in our “war games” was not only that “we were losing, but we were losing faster,” said Hinote. “After the 2018 ‘war game’, I distinctly remember one of the ‘war game’ gurus standing in front of the Air Force secretary and chief of staff, telling them that we should never play this ‘war game’ scenario again (i.e. of a Chinese attack on Taiwan), because we know what is going to happen. The definitive answer if the US military does not change course is that we are going to lose fast.”

The Biden administration recently announced a new Pentagon task force to review US defence policy towards China, to be headed by Defence Secretary, Lloyd Austin. The deteriorating security of Taiwan will be the major focus of the new task force.

“By the way, three of China’s standing war plans are built around a Taiwanese scenario,” Hinote said. “They are planning for this. Taiwan is what they think about all the time. Any ‘war game’ scenario with Taiwan ends with the US losing,” he said.

Part of the problem is that China has pursued a strategy of anti-access, area denial (A2 / AD), while the Pentagon has been largely distracted fighting against terrorism and the counter-insurgency wars in Iraq and Afghanistan for two decades.

Beijing is also focusing on Taiwan and regional hegemony and the US military needs to project power and prepare for potential conflict scenarios all around the globe.

You can read the entire interview here

Also read: Poland | Simulation of war with Russia with the participation of F35 and Patriot turns into a fiasco