Tatar | There is no legal obstacle to turning Varosia into a civilian zone
Defence Redefined
Published on 13/02/2021 at 09:00 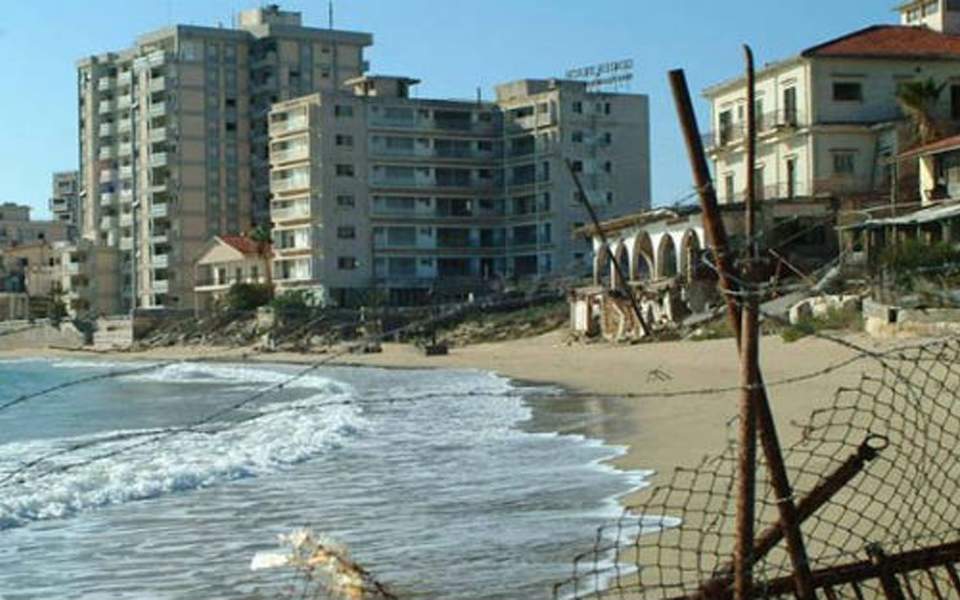 There is no legal obstacle to turning Varosia into a civilian zone, said Turkish leader Ersin Tatar. However, the latter stated that it is not right to take hasty steps. The Turkish-Cypriot leader said that in case no solution is reached to the Cyprus problem, Cyprus would remain divided, but he ruled out the possibility of annexing the occupied territories to Turkey.

Answering questions from the Turkish Diplomatic Correspondents Association, Ersin Tatar said they would attend a five-party (5 plus 1) summit to be organized by the UN to express their views. “There is no question of retreating there. We tell everyone who comes here,” he said. Ersin Tatar said that “for the first time in years, perhaps, the Turkish side is preparing for negotiations in full unanimity with Turkey, which relieves us while strengthening our position.”

Also read: Hulusi Akar refers to the visits of Greek officials to the islands as provocative

For Varosia, Ersin Tatar said that the infrastructure and the cleaning of the area continue and that after years they managed to reach a pace in favor of the Turkish-Cypriots. He claimed that the Turkish-Cypriots have succeeded at a global level, while he claimed that if one looks at the developments in Cyprus, there is now a new situation. “Turkey is my motherland and it has always been by my side. Turkey is a guarantor country. Turkey is the largest country in the region, it is the most powerful and leading country. When the Turkish-Cypriot side moves with the Turkish Republic in this region, the scale tilts in our favour,” said Ersin Tatar.

According to the Turkish-Cypriot leader, conditions in Cyprus and in the region have changed. “Cyprus is not how it used to be, the eastern Mediterranean is not the eastern Mediterranean, conditions are changing.” He argued that two states living side by side on the basis of sovereign equality could work together. “Cooperation can be achieved by sharing energy resources. Cooperation can be achieved in other issues as well, but it is essential to be side by side,” he said. He argued that the federation could be established out of necessity, but they themselves do not have such a need.

Ersin Tatar said that in the absence of an agreement, the island would remain divided and become even more integrated with Turkey. Asked if it will be annexed to Turkey, he said that there will be no issue of annexation on the agenda and that “the Turkish-Cypriots are used to having their own government, they are very dependent on Turkey.”

Asked if Varosia would be converted from a military to a civilian zone, Ersin Tatar said that “over time it will be an area like any other area of the Turkish Republic of Northern Cyprus. There is no legal obstacle to turning it into a civilian zone. However, we believe that it is not right to take hasty steps.” He said that a lot of infrastructure works are being carried out at the moment and added that the second part of the projects will start soon.

Also read: Erdogan strikes again | “That is why you will get to know the crazy Turks”