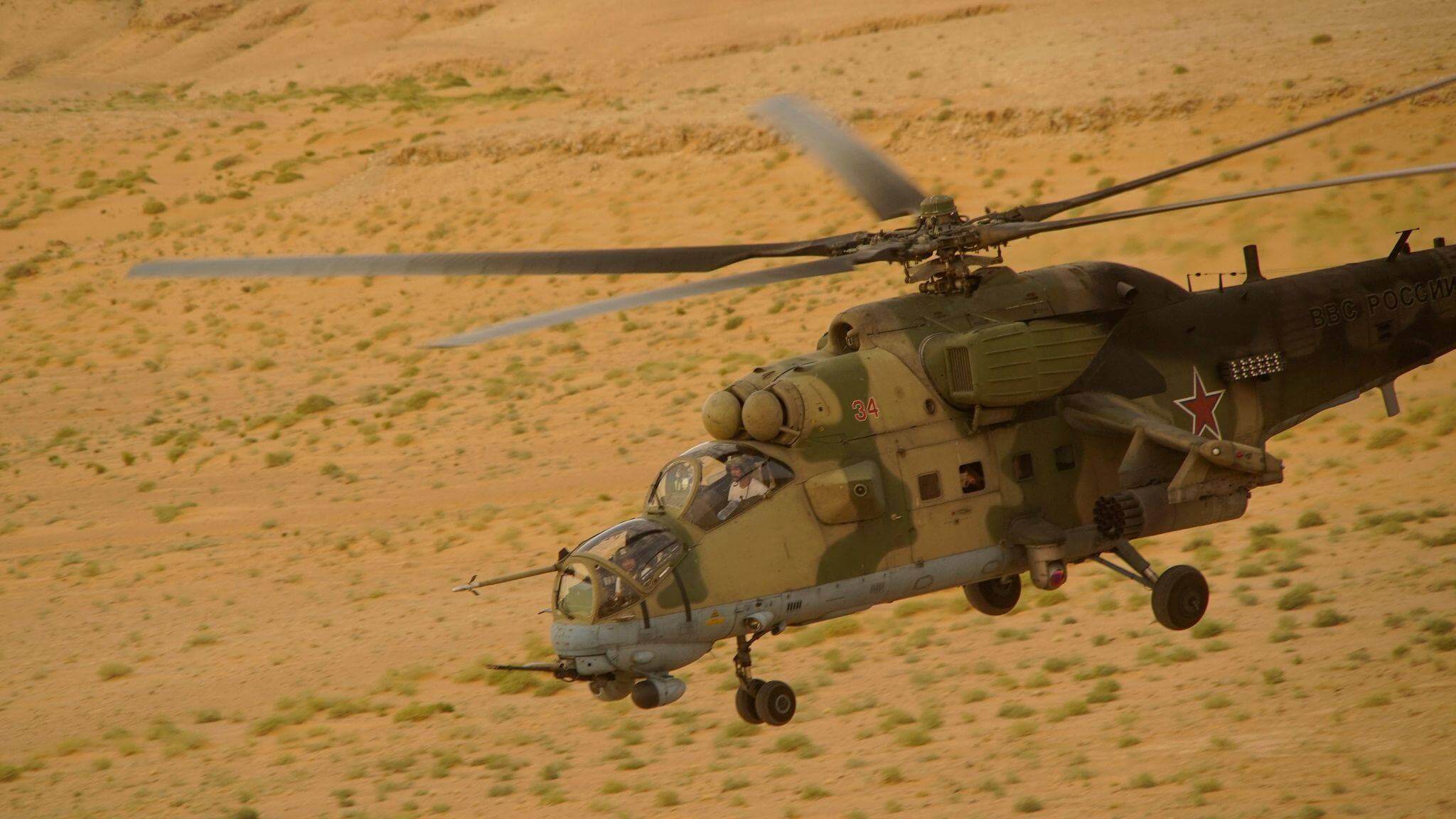 Russian Mi-35 helicopter made an emergency landing due to technical problems during its flight over the northern Syrian province of Hasaka, Russian state news agencies reported today, citing the Ministry of Defence.

“The Mi-35 helicopter’s crew members were immediately taken to an airfield by a search and rescue service. Nothing is endangering the pilots’ lives. According to the crew’s report, there had been no fire effect on the helicopter,” the Ministry of Defence stated.

TASS also reported that two helicopters, an Mi-8AMTSh transport and an Mi-35 attack helicopter, accompanied a convoy of vehicles heading along the M4 motorway.

The Mi-8AMTSh transport helicopter moves at the distance of 5-10 km ahead of the convoy with a group of fire cover onboard. It carries out aerial reconnaissance for the emergence of militants near the highway. In its turn, the Mi-35 combat helicopter provides a rearguard for the convoy to prevent other vehicles from approaching.

Syrian state media reported earlier today that there had been reports of a Russian helicopter crash in northeastern Syria in which its pilot was killed and that there were casualties.

According to them, the crash site was located in the northern province of Hasaka, near Tal Tamr, only a short distance from a Russian base.