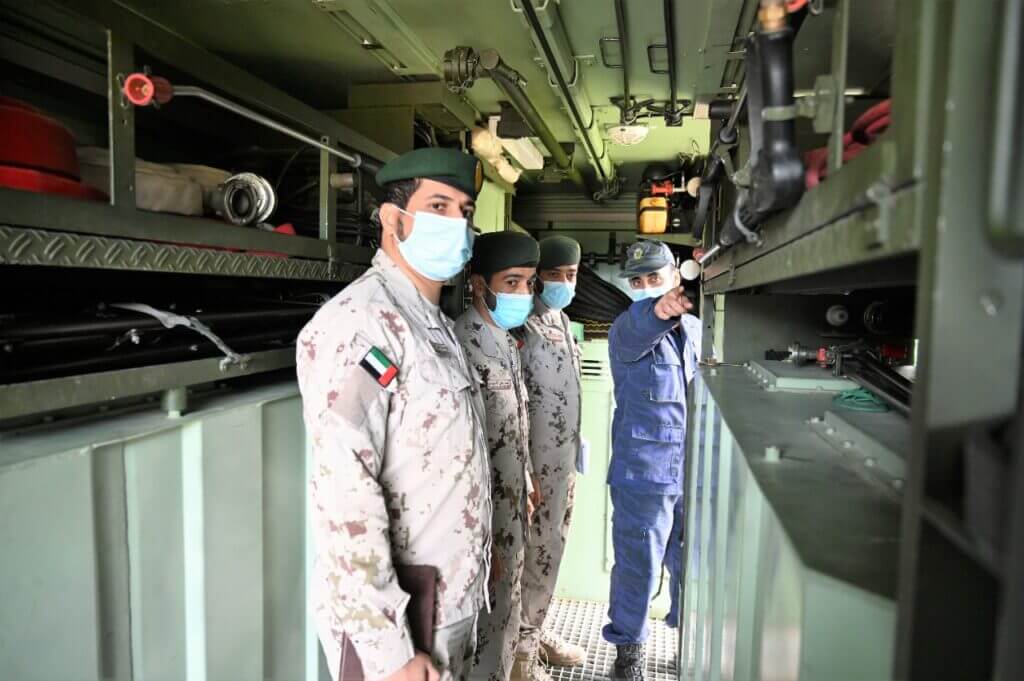 From Monday 06 to Tuesday 07 December 2021 and in the context of the implementation of the Bilateral Cooperation Program of Greece and the United Arab Emirates (UAE), the capabilities of the Special Nuclear – Biological – Chemical Defence Company were demonstrated before a delegation of 3 UAE Officers in Chaidari, Attica. The event was organized by the Operations Directorate of the Hellenic National Defence General Staff (HNDGS) (A1).

This action took place in the framework of the international cooperation developed by the Armed Forces of our country according to the planning of HNDGS, aimed at acquiring know-how from the UAE Officers regarding the operations executed to deal with Nuclear – Biological – Chemical (NBC) incidents. It included the demonstration of elements and means of the Special Company as well as an NBC incident response exercise where the Company’s organic Platoon participated with full deployment of the Detection, Identification, Disinfection, and Health Care Teams.

During the action, all applicable health protocols were observed to prevent and mitigate the spread of COVID-19. 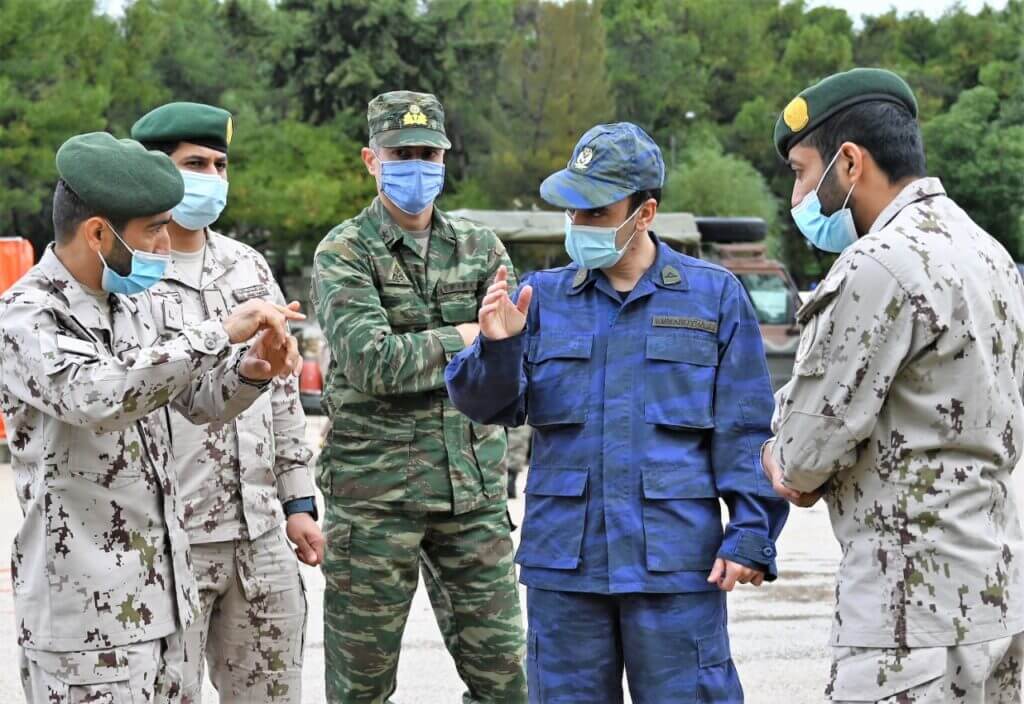 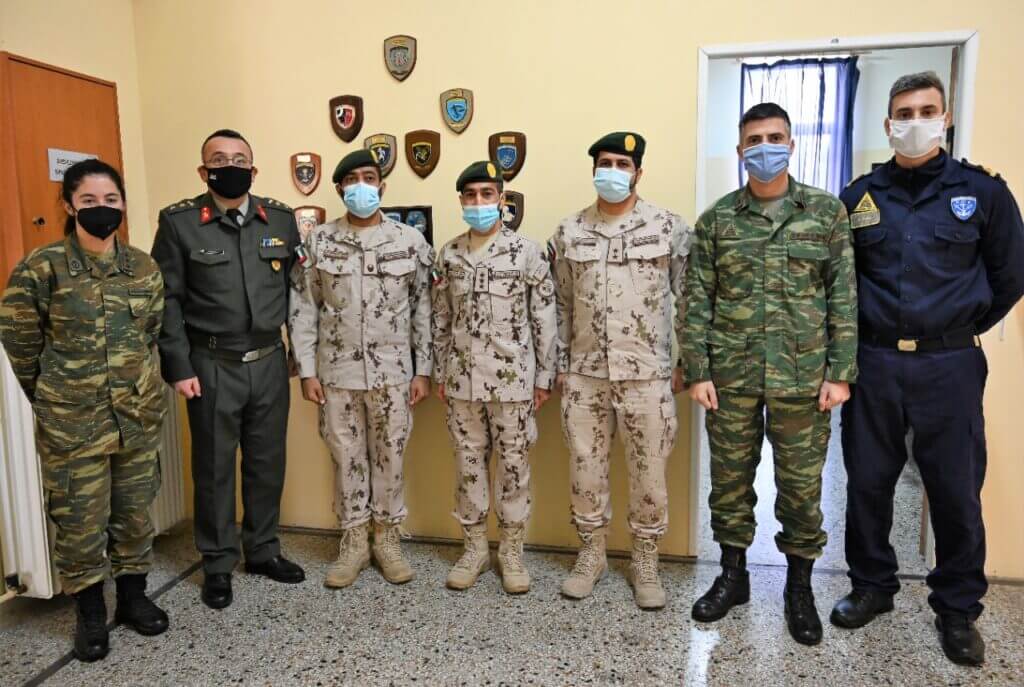 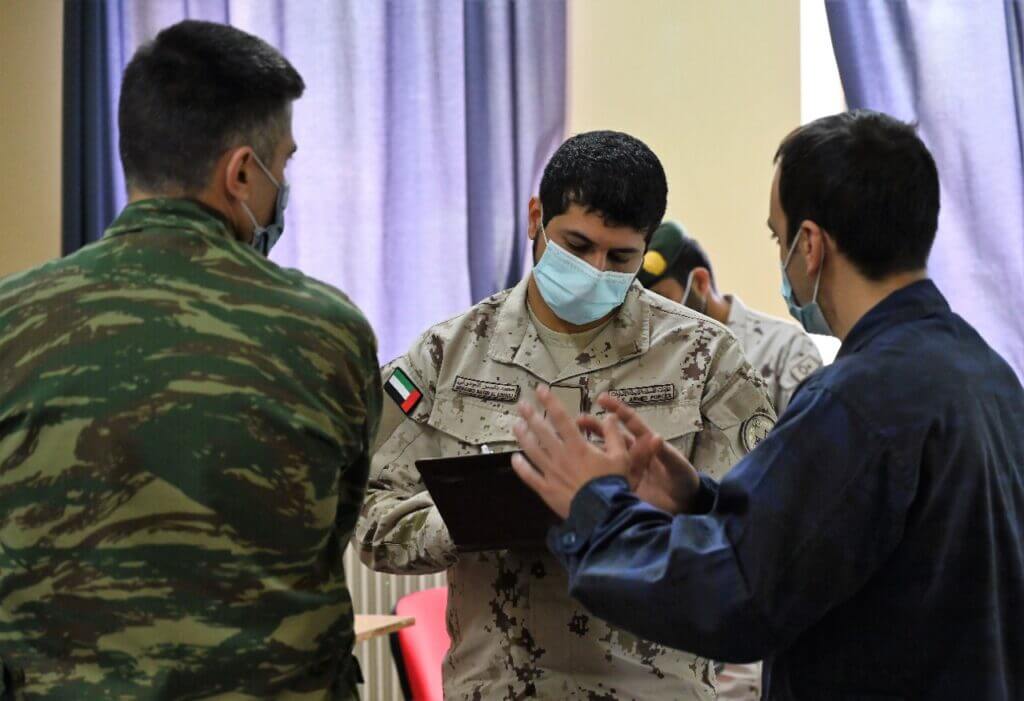 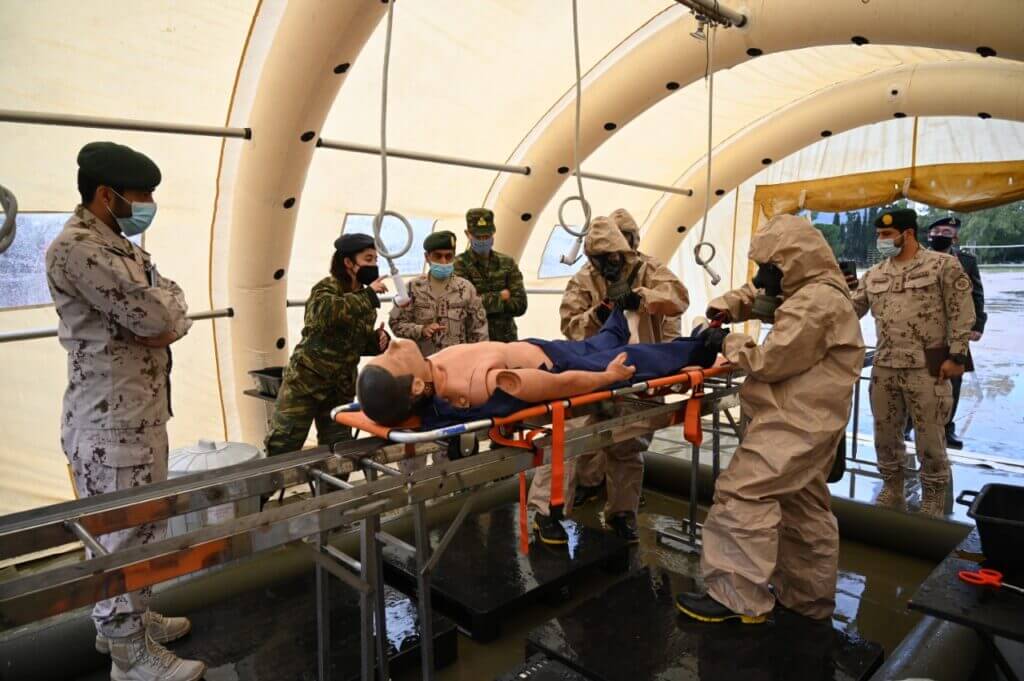 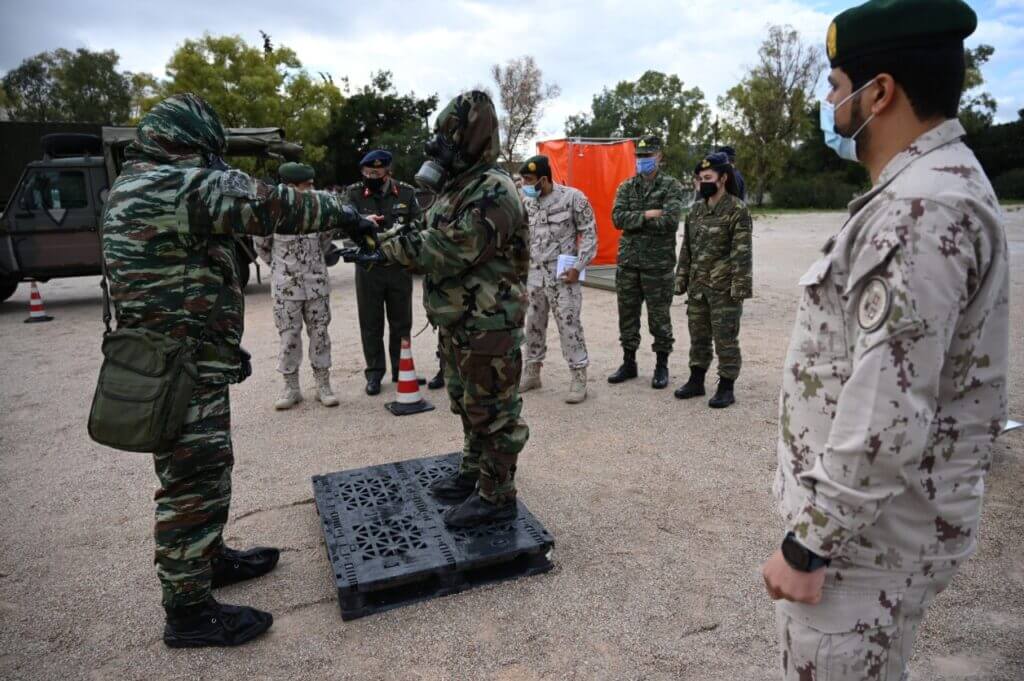 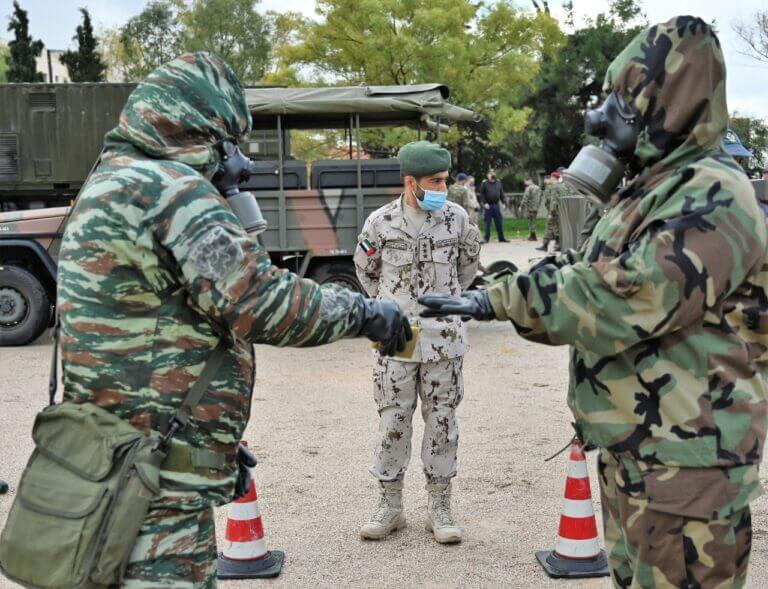 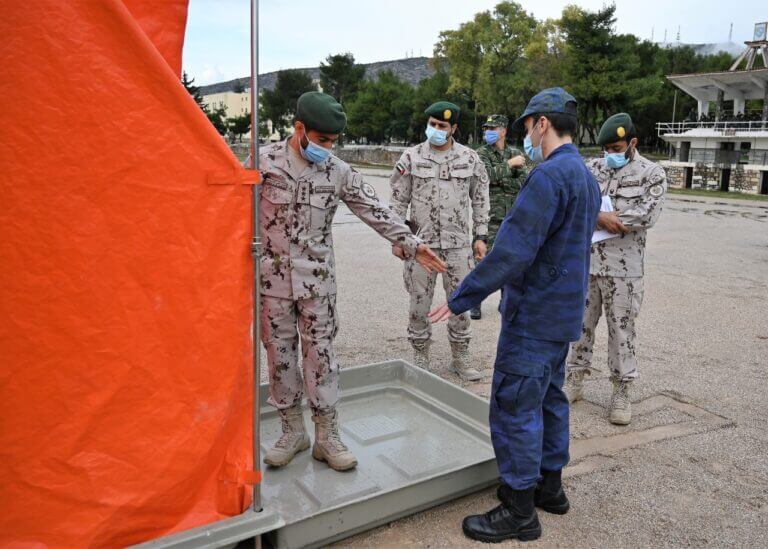 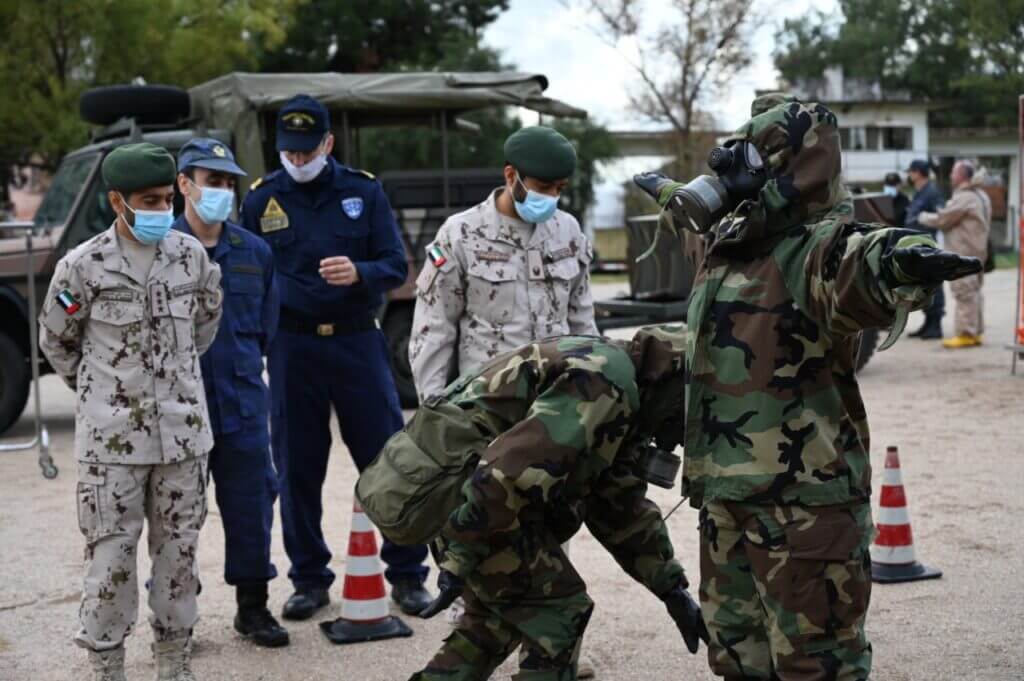 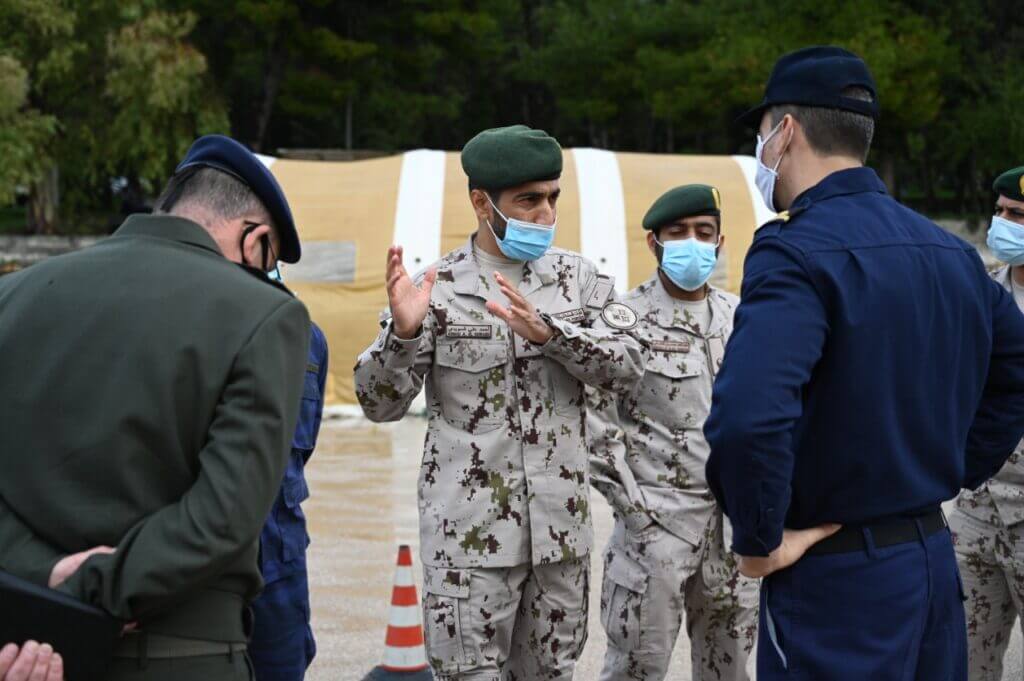