MULTIMEDIA EN
SignalGeneriX | Domestic showcase of the RF Hunter at the International Defence and Security Conference BATTLEFIELD ReDEFiNED 2023
Defence Redefined
Published on 22/01/2023 at 16:26 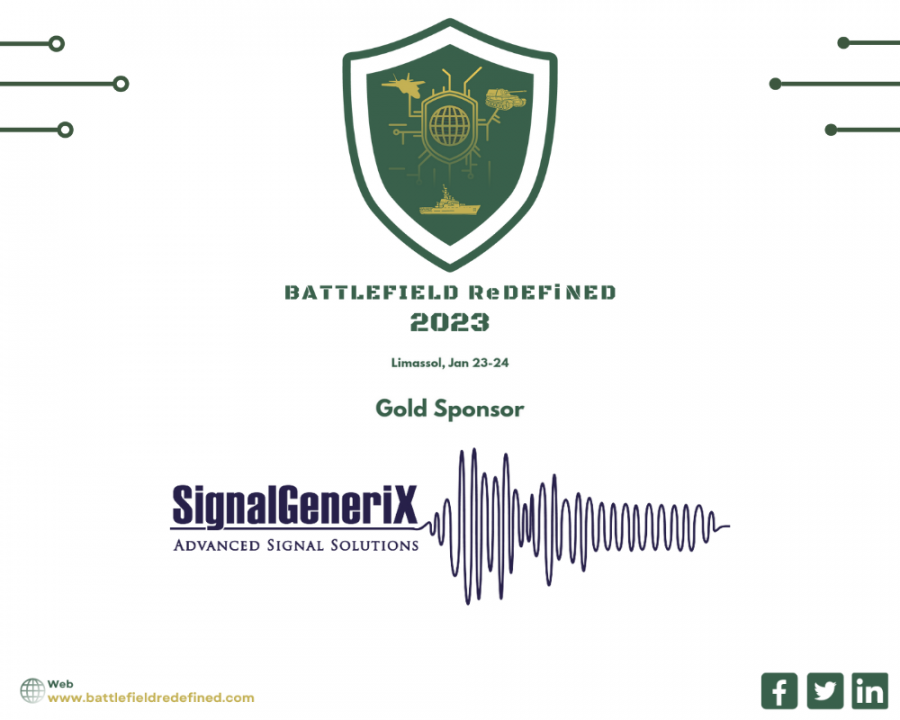 The participation of SignalGeneriX in the Cyprus International Defence and Security Conference “BATTLEFIELD ReDEFiNED 2023” is expected to be special.

Dr. Stavros Hatzitheofanous, Product Manager of SignalGeneriX, will present the company’s achievements in the field of electronics for defence and other applications as well as the technologies developed by the company in the field of Electronic Warfare.

The company’s portable electronic warfare system, the RF Hunter, is expected to attract the attendees’ attention. Following France and Vietnam, the said system will be showcased in Cyprus for the first time to members of the Armed and Security Forces.

The Cypriot company SignalGeneriX, founded in 2005 and headquartered in Limassol, is a leading player in the field of Research and Development (R&D) providing its customers with original, innovative and high-quality digital technologies for the creation of integrated electronic systems.

The company has over fifteen products on the market, thus providing a wide range of solutions to industrial problems in various industries and market sectors, such as Smart Sensors, Medical Systems, Defence and Security Systems and Communications.

SignalGeneriX’s participation in the Conference is considered of utmost importance not only in respect of the aforementioned successful course in the market but also to its great degree of extroversion as well as its participation in six projects of the European Defence Fund. The company has thus established itself among the most important European small and medium-sized enterprises in the European defence ecosystem.

It is also worth mentioning that in these projects SignalGeneriX is developing important technological partnerships for the development and co-production of defence systems with leading European companies such as, among others, MBDA, Sener Aerospace, IVECO Defence, ARQUUS, SAAB, Indra, Patria, Intracom Defence, HAI and Atos.