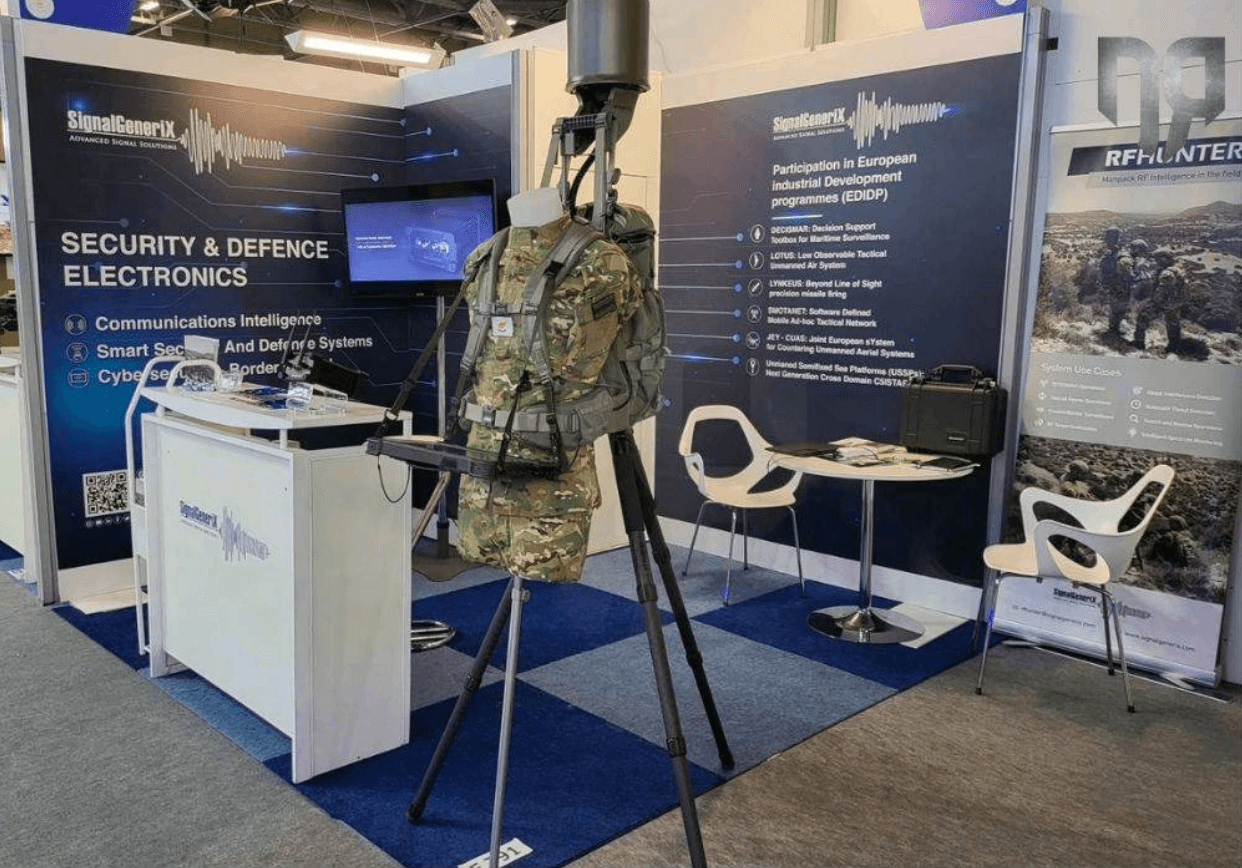 The Cypriot company SignalGeneriX, gave a dynamic presence at EUROSATORY 2022, the International Defence and Security Exhibition, which took place in Paris between 13-17 of June, 2022.

The focus of interest for the company was the innovative product RF HUNTER® which was designed entirely by SignalGeneriX and is produced by the company in Cyprus. 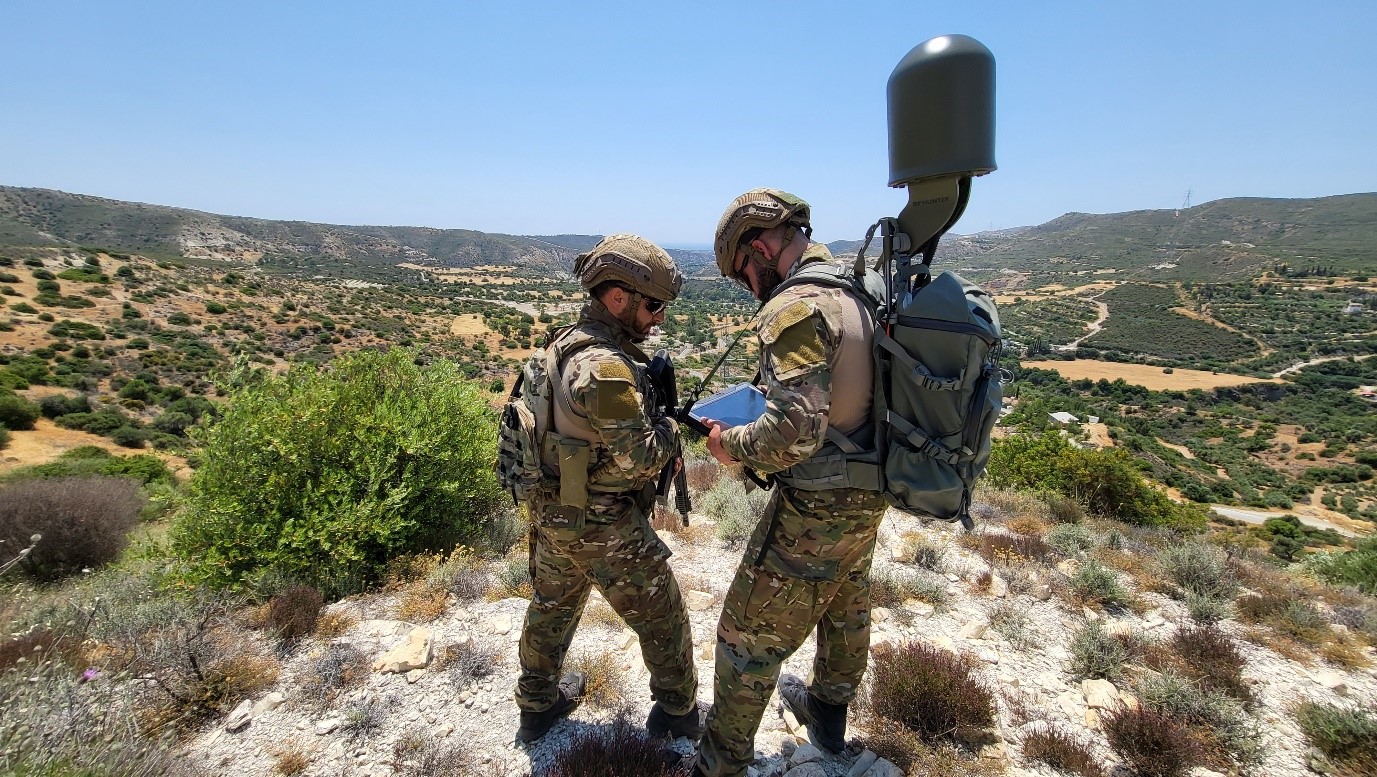 The RF HUNTER® is essentially a highly effective, non-detectable electronic warfare system (direction finder) that operates passively for the tracking and analysis of communication signals emissions. It can be carried in a manpack and operated by a single operator, mounted on a tripod, or on a vehicle in order to provide real – time passive situational awareness to an area of interest.

RF HUNTER® can be easily deployed in the field and can be used in a wide range of tactical defence and security operations. As a modular system it can be configured to perform a range of missions such as special operations missions, electronic warfare operations (COMINT) but also to identify the position of enemy forces (RF Target Geolocation). In addition, the system can be used in search and rescue operations as well as for the detection of Unmanned Aerial Vehicles or Drones.

RF HUNTER® is compliant with the latest military standards and can be integrated into other detection systems. The system consists of the innovative reconfigurable Software Defined Radio ( SDR ) technology developed by SignalGeneriX, the dome with the various antenna array formations, the power supply, a ruggedised tablet, and the carrying case. 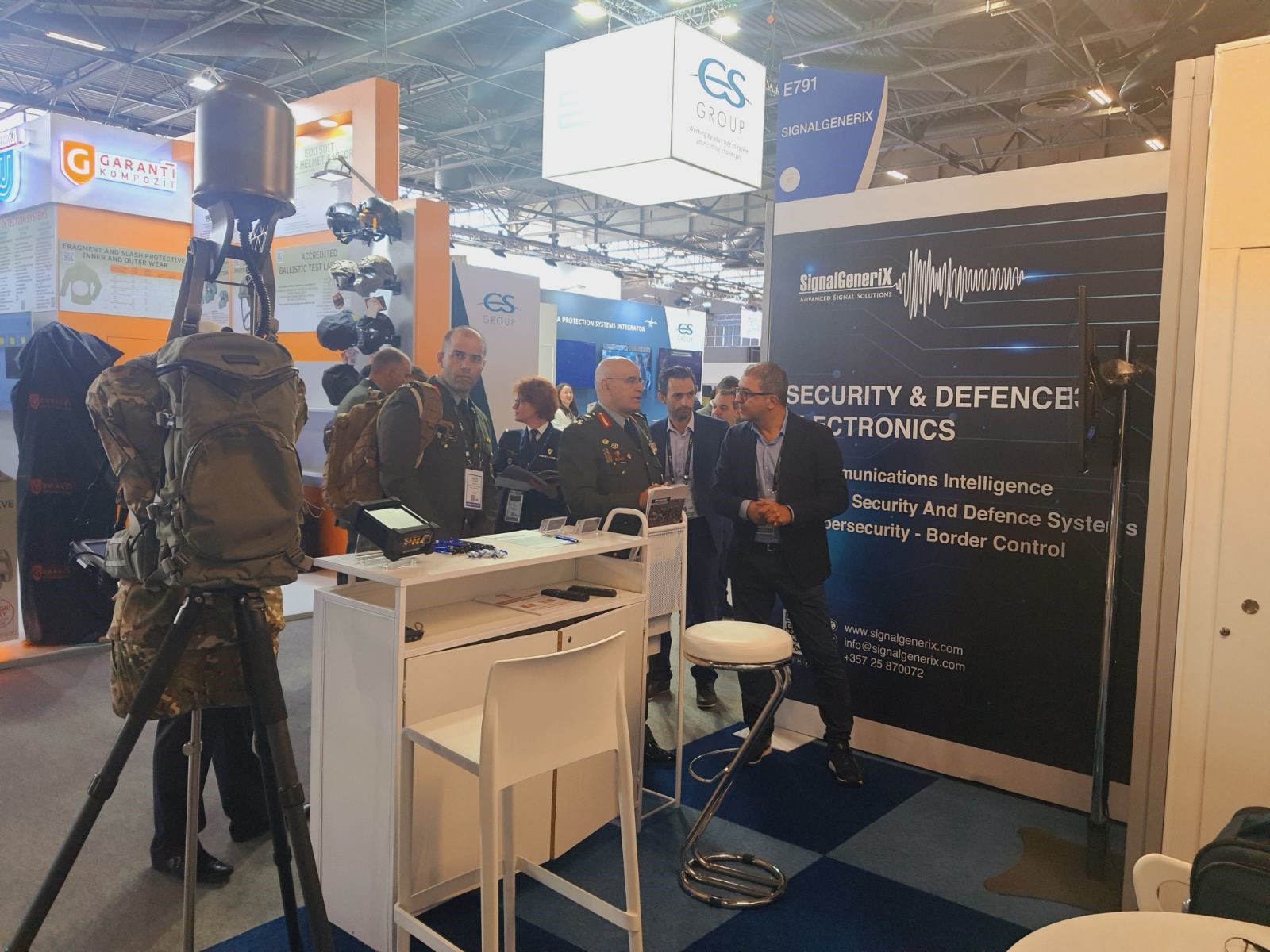 The information received by RF HUNTER® is transmitted in real time, while it is worth noting that the system can detect up to 2048 radio broadcast signals emitters simultaneously. The geolocation of the target is displayed on a special interactive map on the tablet screen.

RF HUNTER® can operate with only one operator or even standalone. In addition, when multiple devices are interconnected via their built-in wireless mesh network, they can provide precise target geolocation using Angle of Arrival (AOA) and triangulation techniques. 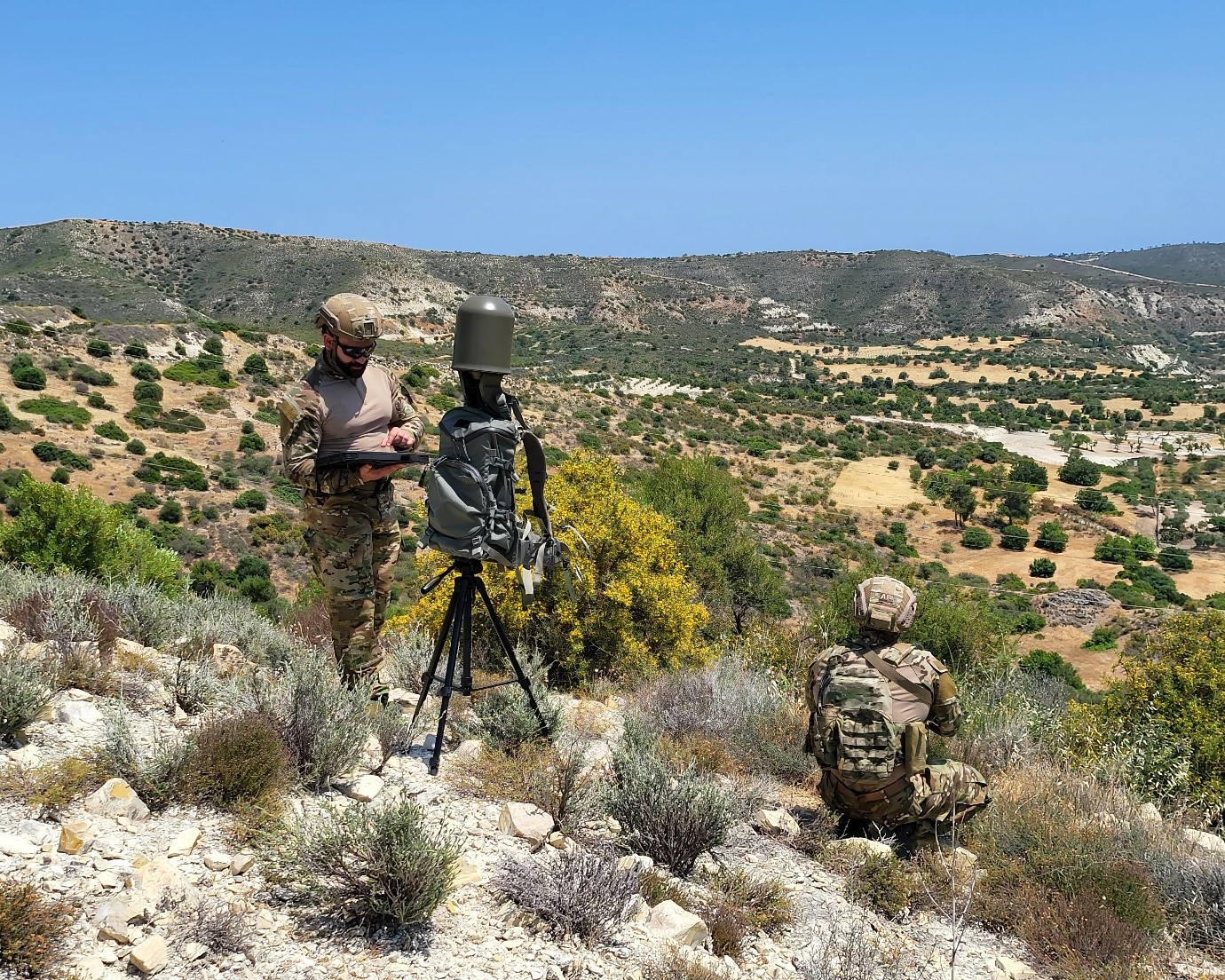 The new product of SignalGeneriX highlights the dynamic growth of the company in recent years and the capabilities of a small country such as Cyprus for the development of high-tech products in demanding areas such as the Defence and Security.

Watch below the product video of RF HUNTER® shown at the Eurosatory exhibition.