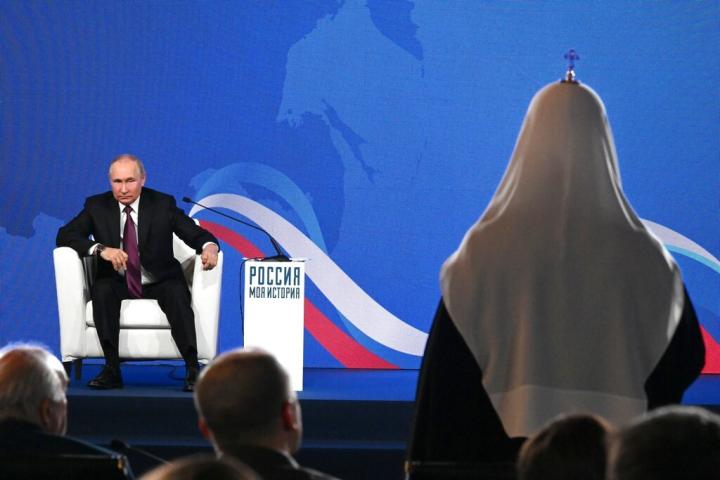 Russia announced a truce in Ukraine from 12 noon on 06/01 until midnight the following day, with Kyiv speaking of “hypocrisy”.

Moscow has called on the Ukrainian side to declare a ceasefire, so that citizens can attend Christmas Eve and Christmas Day services.

Russian President, Vladimir Putin, has instructed the Russian Defence Minister for a ceasefire in Ukraine for Orthodox Christmas, the Kremlin said on Thursday.

The text released by the Kremlin, according to Tass, states that given the appeal of His Holiness Patriarch Kirill, the Minister of Defence of the Russian Federation was instructed to introduce a ceasefire regime along the entire contact line between the parties in Ukraine from 12:00 on January 6 until midnight on January 7.

The directive also states that based on the fact that a large number of citizens who declare themselves Orthodox live in areas where hostilities take place, it calls on the Ukrainian side to declare a ceasefire and give them the opportunity to attend services on Christmas Eve and Christmas Day.

Earlier on Thursday, Patriarch Kirill of Moscow and All Russia addressed the parties involved in the conflict, calling for a ceasefire and Christmas truce in Ukraine as well as in Donbas and other regions afflicted by hostilities.

The first reaction from the Ukrainian side came from Volodymyr Zelensky’s advisor, Mykhailo Podoliak, who called this “hypocrisy” in a post.

In a more detailed statement to the media, Podoliak said Putin’s proposal was clearly a propaganda gesture.

He stressed that Russia, which invaded Ukraine last February, wanted to ensure additional time to reduce the intensity of military conflicts and regroup, mobilize additional forces and continue building fortifications in territories it has seized.