Such an example is Realiscape, an innovative and ever-evolving company with 33 years of experience in the field of global training standards in Defence and Security.

Realiscape VISUALIZATION & SIMULATION specializes in simulation learning and has been exclusively engaged in training through simulators since 2015, making full use of its capabilities in Virtual Reality technology. The company’s ultimate goal is to create knowledge for the learner and value for the training provider.

Although simulation training is still considered “new”, its heritage and mentality derive from 100 years of practices and techniques, gaining more and more supporters in the field of education.

A key advantage of simulation training is the fact that it offers learners a comfortable place to practice in a real environment while learning from their mistakes without any risk.

It is a safe, fast, easy, repeatable, independent-of-weather training process, according to which every lesson can be tracked, examined, and evaluated at any step, at any time, and for each individual trainee. And that’s where this educational approach excels.

This very capability to apply theories to a realistic scenario develops the learner’s practical skills and raises their level of readiness. 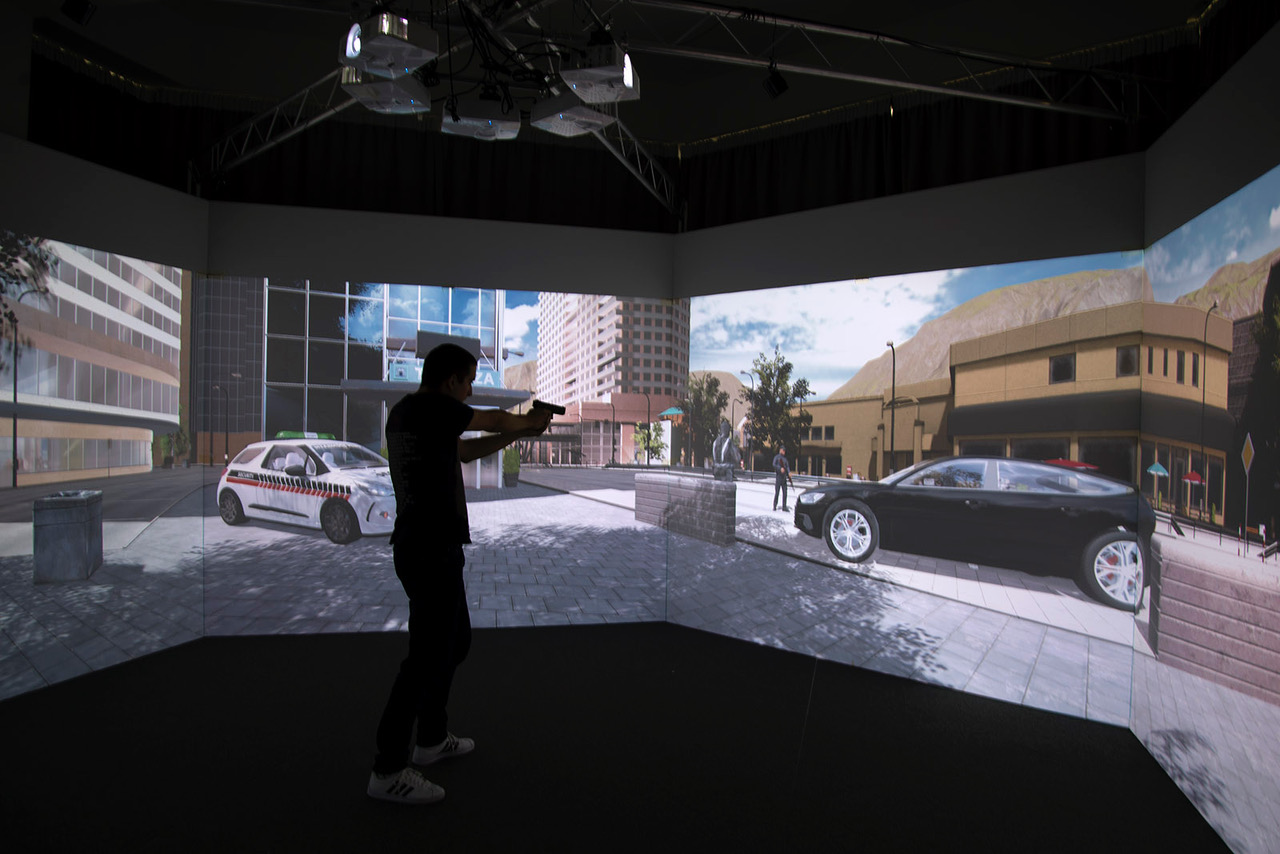 In particular, simulator systems are used in the field of light weapons (rifles, pistols) and the execution of “scenarios” in police procedures (suspect checks, robberies, kidnappings) and in close-quarters battle procedures to be used by special forces of both the armed forces and the police. 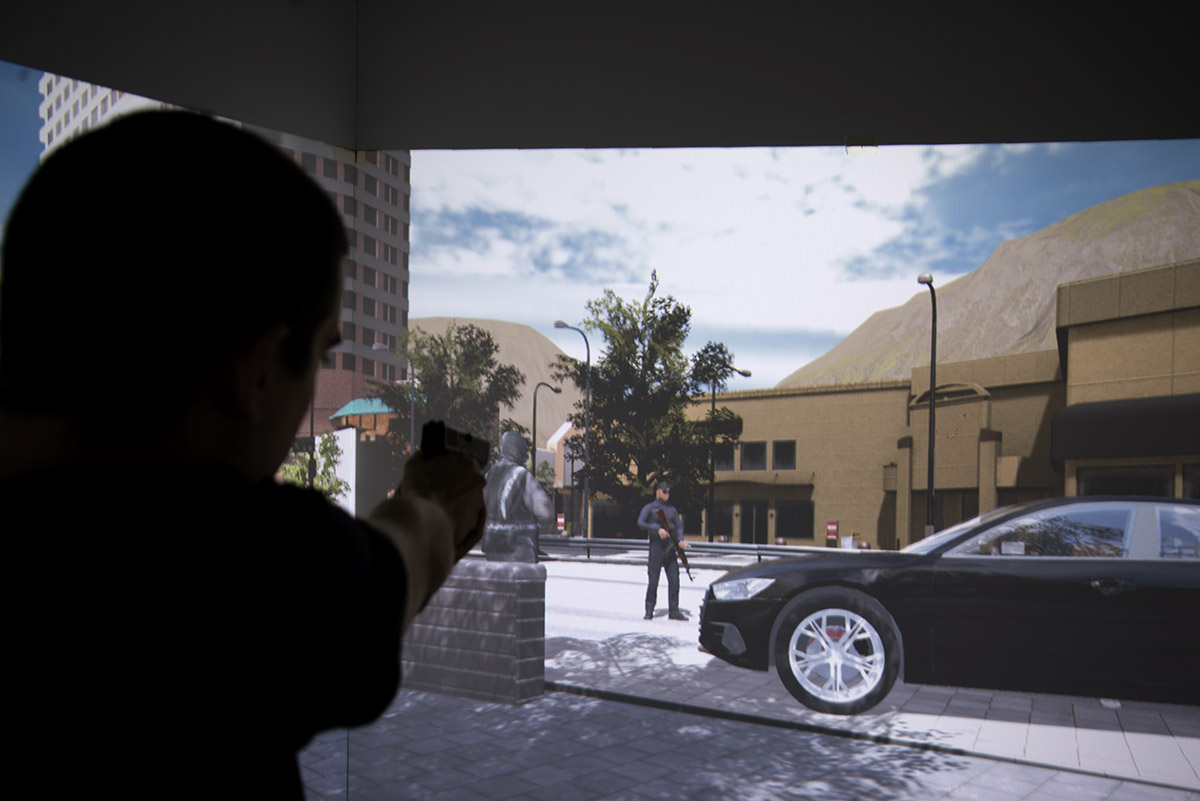 In terms of hardware, each light weapons simulator is based on a system called the Holotrac, which provides the infrastructure in order to run the simulation software. The Holotrac is a fully modular system that can be configured from something very “basic” using one screen and tracking of a single weapon to something very complex using 5 screens, 6 trainees, and 16 3D audio channels with tracking capabilities via the trainee’s system, so that it too can receive effects (e.g. shots) recognized by the scenario. 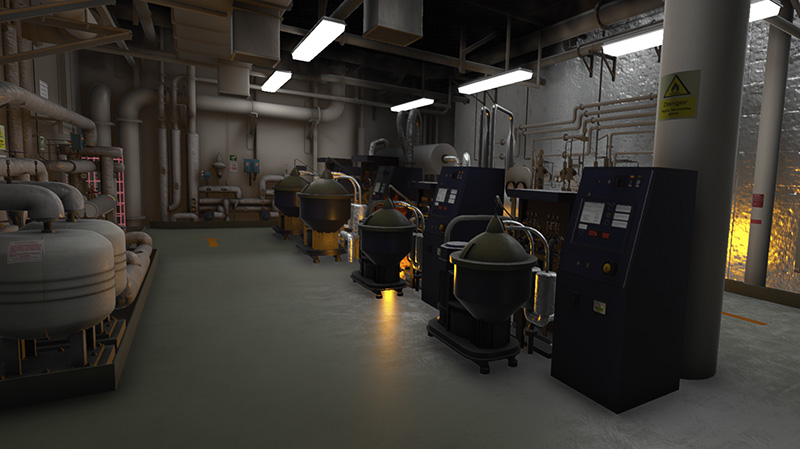 In addition to military applications, the company in question has also developed a series of solutions for security forces, such as the FireMeister system, the world’s most accurate digital simulator of a fire incident that evolves, expands, and extinguishes just like a real one, using the most accurate computational algorithms of fluid dynamics developed by the company itself. 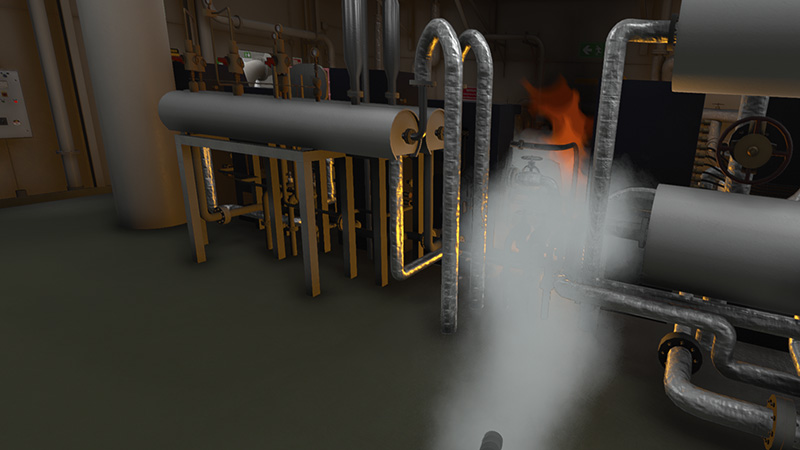 FireMeister is also available in different versions depending on the needs of the client and the number of trainees required to participate in each group. The system is performed either in a virtual reality headset or on the Holotrac platform. Its innovative aspect lies in the use of real, yet inactive, fire extinguishers to which the necessary sensors have been added, so that they activate both in the real and the digital “worlds” simultaneously, which allows the trainee to get a real sense of the process. 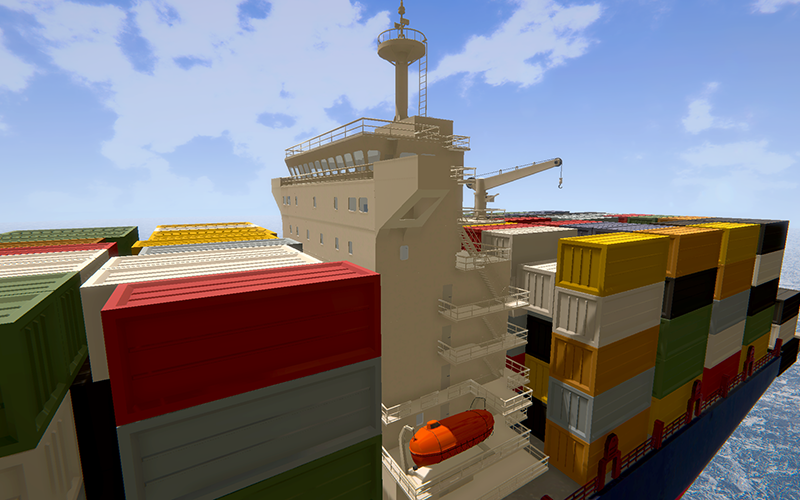 The company also has a series of specialized simulators for maritime or industrial use, such as for designing high-pressure hydraulic circuits, using tools, familiarizing crews with specific ships, or installing and configuring “smart” power current meters.

All products are based on widespread graphics engines whose support is certain for many years given their millions of users, something that is now considered a global trend in the simulation of military applications even in previously unthinkable sectors (e.g. flight simulators). 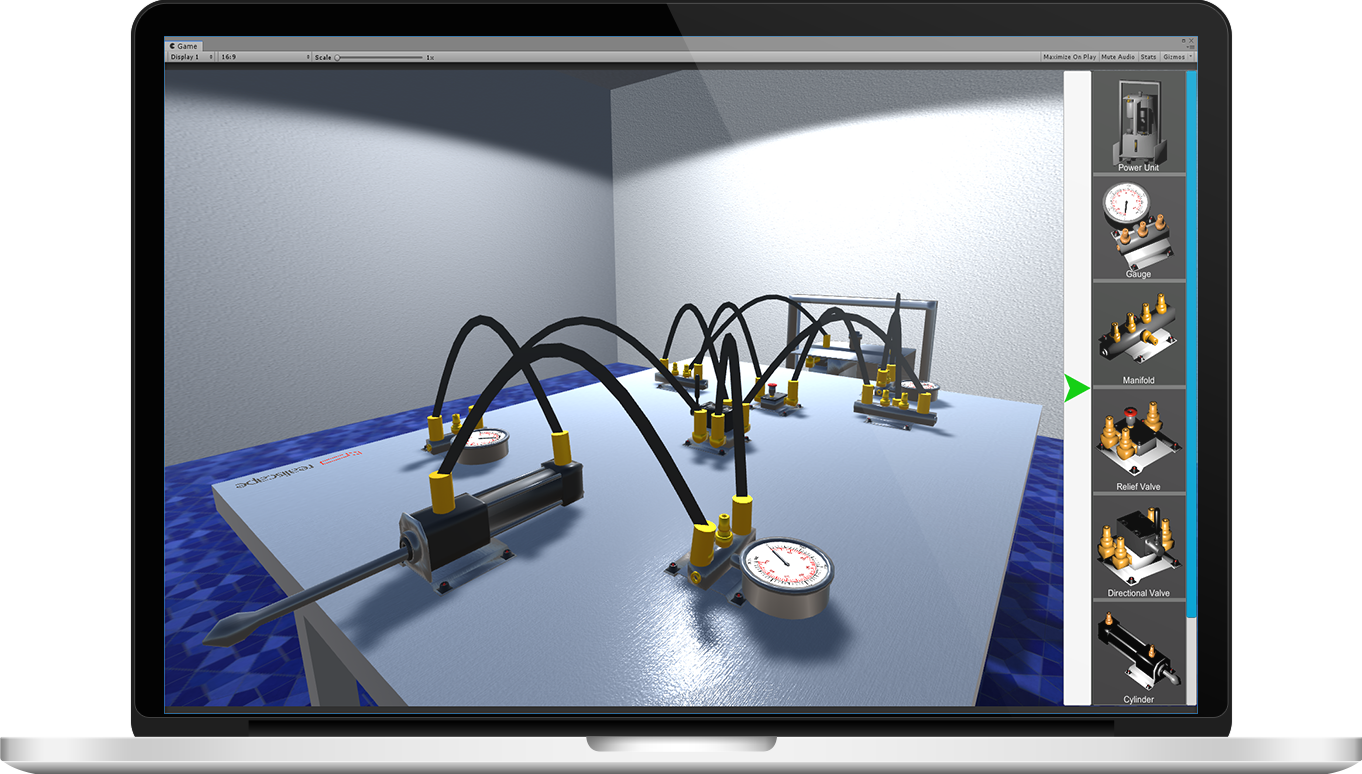 In addition, the system’s hardware follows the COTS (common off-the-shelf) theory, which means spare parts availability and upgrade possibilities without binding to a particular supplier.

Building on the client’s culture and training methodologies and offering a significant toolset update, Realiscape already works closely with selected institutions representing its target sectors, such as Ministries of Defence, Police Headquarters, fire services, and security associations across Europe.

At the same time, it carries out joint research activities and projects with recognized electronics, software, embedded systems, and naval companies as well as with universities and research institutes. 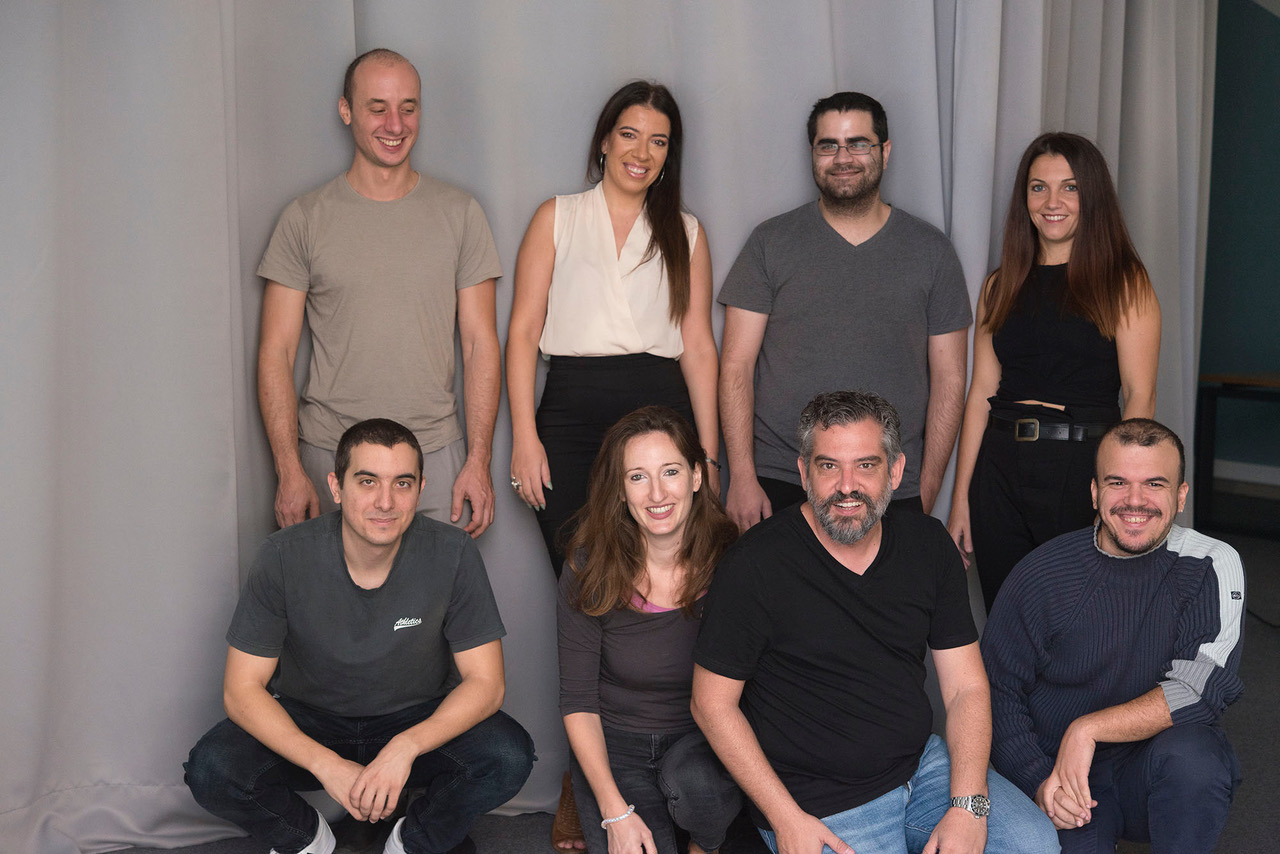 Currently, it is the company’s belief that the Cypriot market, a particularly dynamic one with potential in respect of development, which has even shown that it is not “afraid” to implement innovative solutions in many aspects of its training, is fertile ground for exploitation of such innovative products and solutions.

This belief is based on the fact that Cyprus, having territorial limitations due to its relatively small area, can provide training in a multitude of military skills in the controlled virtual environment for both conscripts and officers of the armed forces of all specialties much more intensively, based on security, secrecy, and cost-effectiveness compared to the “traditional” military process, which requires major transport of assets and personnel.

Thus, Realiscape offers a modern version of “Train as you fight” by providing an ideal and technologically superior simulation environment for real-time and life-size interactive experiences.