Race against time for the participation of the Greek Defence Industry in new armament programs
Defence Redefined
Published on 11/11/2021 at 13:12 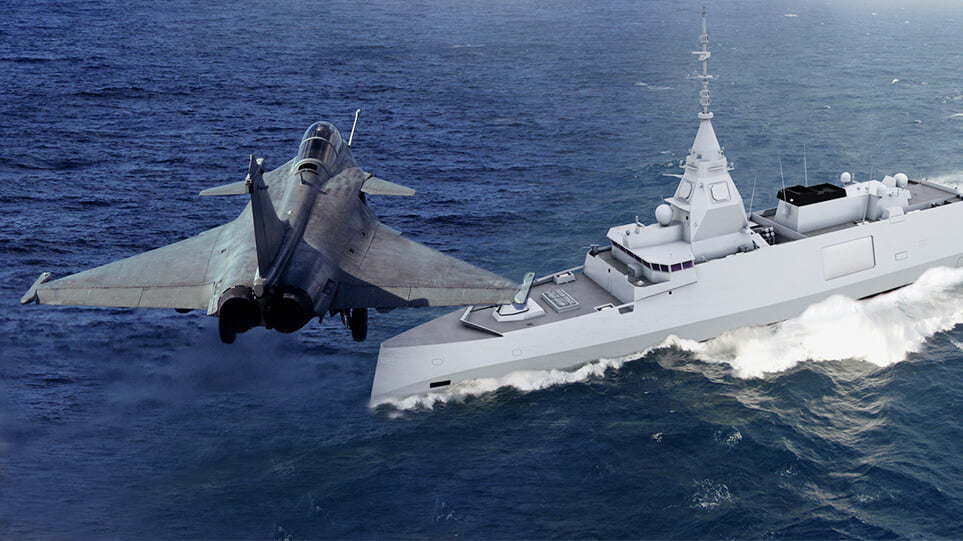 As the schedule for the contract signing for the acquisition of three French Belharra frigates is intense, the Greek defence companies, which expect to participate in this armament program, are constantly attending meetings.

At the same time, pressure is already being exerted on Greek companies to participate in the program for the acquisition of 24 Rafale fighters, in which they were not initially included.

The pressure especially towards the big French companies is already evident, with official requests coming mainly from the General Directorate for Defence Investments and Armaments (GDAEE) and the Hellenic Manufacturers of Defence Equipment Association (SEKPY) for a while now. The pressure mainly concerns the companies Naval Group, Dassault, Thales, MBDA, Safran which are the main participants in the two major armament programs. It is indicative that some of them respond positively and some strongly “resist”.

In this context, the 30th meeting of the Joint Hellenic-French Committee on Defence-Technical Cooperation took place yesterday, Tuesday, November 9, at the Officers’ Club of the Armed Forces.

As announced, the meeting was organized by GDAEE in collaboration with SEKPY.

The meeting, the announcement of SEKPY added, was attended by 60 Greek and 20 French companies, while more than 300 meetings were held between the two, with very positive results for the Greek Defence Industry.

The purpose of the meeting was for the Greek defence companies to discuss ways of cooperating with the respective French companies, so as to participate to the best possible extent in the construction program of the new Belharra frigates in the framework of the strategic agreement between Greece and France.

The president of SEKPY, Anastasios Rozolis, stressed that “SEKPY, after the successful defence exhibition DEFEA 2021, continues the effort to support Greek companies in order to participate in the greatest possible extent in the armament programs which aim to strengthen the Greek Armed Forces.”

He underlined that “we already have the first tangible results, as it was seen from the meeting that took place at the Officers’ Club”.

In this context, Mr. Rozolis continued, “we will continue with the aim of ensuring the support of these crucial frigate systems and the support and development of the national economy”.

“We are optimistic,” he added, “that there will be positive results in the future for all armament programs, something that will help support and develop Greek companies and the wider economy.”

While the negotiations “game” with the French is on, the Americans are also getting ready to participate. Following the signing of the Greece-US Defence Agreement, it is now very likely that by the end of 2021 the agreement for the acquisition of 20 to 24 5th generation F-35 aircraft by the Hellenic Air Force will be announced. Greece’s participation in their production program, of course, will open new fields of action for the domestic defence industry. Finally, the issue of acquiring 3 + 1 GoWind corvettes has remained open.

The big question in this whole network of armament procurement continues to be the role of the Greek Defence Industry, so that out of the billions that Greece will spend, some amounts will be returned to the same as added value, which will, in turn, strengthen the Greek economy.