Police | “They are ambushing us with Molotov cocktails, stones and firecrackers” – Harsh accusations to the Ministry and the Headquarters – AUDIO 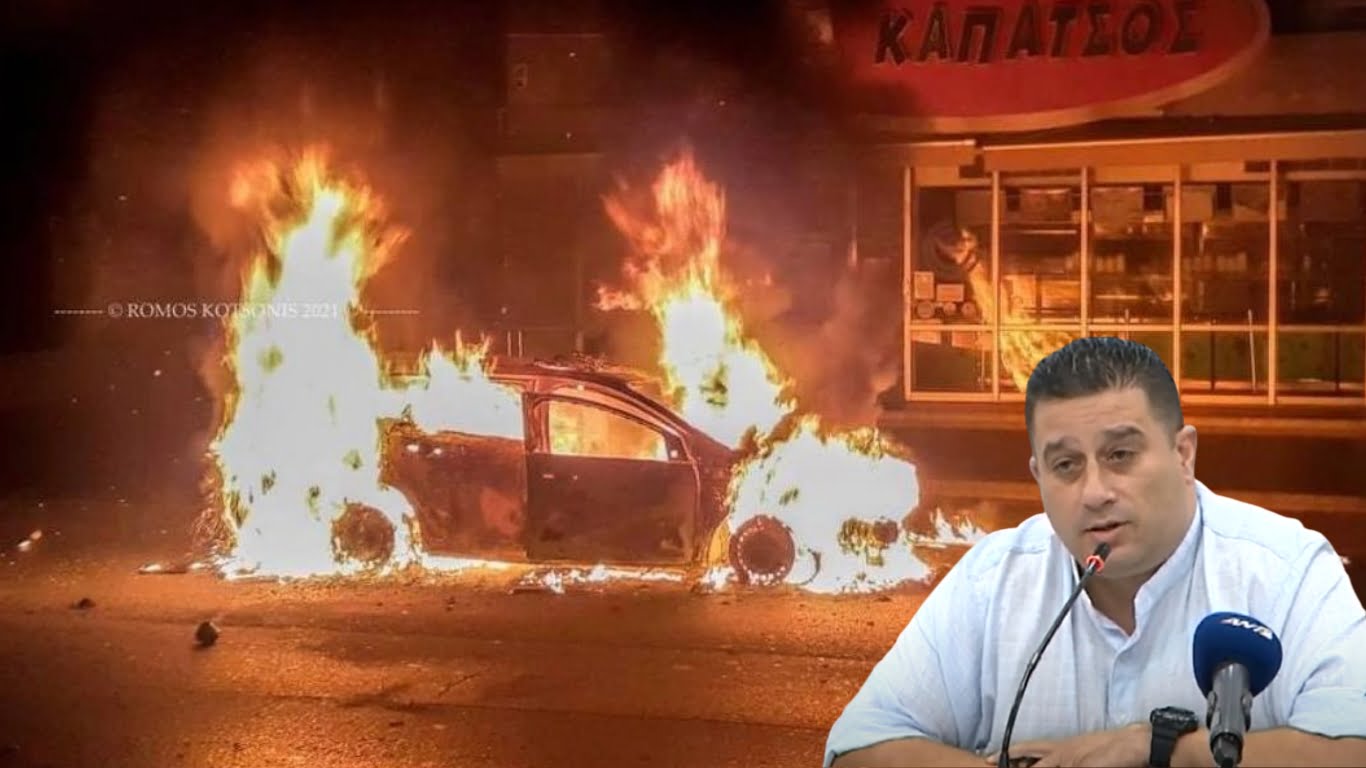 Police Representative of the Pancyprian Guild, “Equality”, Nikos Loizidis, made statements on the broadcast of RADIO PROTO, “Proti Enimerosi”, with Lazaros Mavros and Marios Poullados, regarding the Security Forces, the gap between the Police and the front line of the Police, but also on many issues that led to last weekend’s incidents.

In a strong tone, Mr. Loizidis initially stated that the Police had been warning the leadership for months about what followed and that, in the incidents in Limassol, the police patrol car was not the only thing that was burned, but also the rule of law itself. He added that the Ministry of Justice and the Police leadership view the members of the force and the Fire Service as expendable and therefore no remedial measures were taken.

“The public opinion and the hatred of juvenile delinquency are against us”, added Mr. Loizidis, explaining that the Police cannot bridge the gap of the family, the church, the school, the economic and institutional crisis. “We have become the greatest enemies of the people,” he said.

Regarding the action of the Police over the preceding period, Mr. Loizidis stated that, “using similar violence to suppress riots, and I repeat to suppress riots, some were asking for criminal investigators. Let them now enjoy the situation. Let them enjoy the fact that people in the underworld are delaying their criminal cases and setting fires all over Cyprus, which was reminiscent on Saturday night of Nero’s Rome and a war zone in Syria.”

Regarding the equipment of the Police, Mr. Loizidis characterized it as obsolete. He also stated that the Police only had 30% of its force on the front line, that the department heads forced the police members to compulsory leave on public holidays in order not to be paid, that the stations were operated with only one police officer in the department, that untrained young police officers were in anti-riot vehicles, that some colleagues work seven days a week. However, Mr. Loizidis did not stop here and in a vehement tone he blamed the leadership of the Police and the Ministry for too many work problems faced by the Police and the Fire Service.

“Doesn’t the fact that three Police Chiefs and two Ministers have resigned in recent years concern them?” Mr. Loizidis commented adding that the President of the Republic will be informed about all these issues.

“At the moment, the Police have lost their pride and the psychology of its members as well as that of the Fire Service is at its lowest point. Nobody is on our side.”

Specifically, during the weekend, the Police responded to almost 700 incidents of vandalism and harassment. “In the morning, we asked to find out where our colleagues are, if they are well, if they are alive,” said Mr. Loizidis.

“The situation is so tragic, only one patrol car with two members went to 100 rioters. This is unacceptable. They are ambushing us with Molotov cocktails, stones and firecrackers. This is an assassination attempt.”