ARMAMENTS
Phoenix Equipement | Smart and ergonomic solutions for personal gear at the EUROSATORY 2022 exhibition
Defence Redefined
Published on 15/07/2022 at 18:34 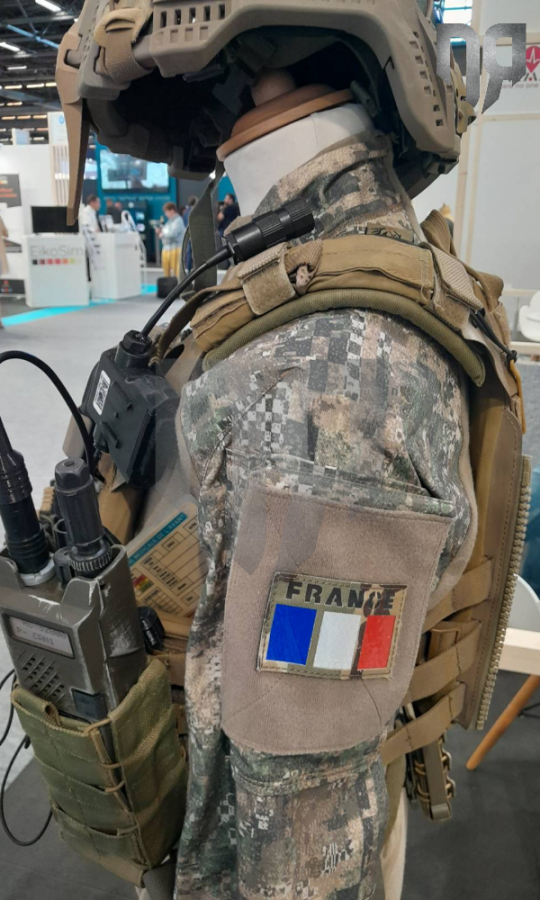 During the International Defence and Security exhibition Eurosatory 2022 in Paris, we had the opportunity to talk with the executives of the French company Phoenix Equipement.

The company showcased smart, practical and ergonomic solutions for the personal tactical gear and equipment. It is worth noting that the executives of the company, have served in the French Armed Forces. Therefore, their operational experience was instrumental in realizing problems that only an active soldier can understand and then move on to the next step of providing practical solutions. 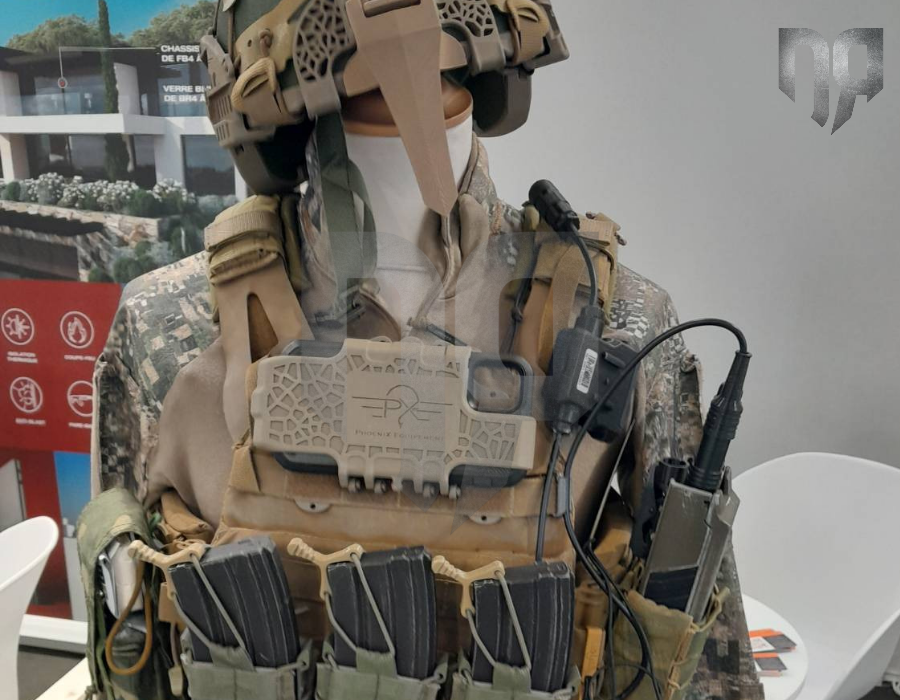 One of the products presented by Phoenix Equipement is the Modular Chest Panel system – MMPC. The MMPC is an addition to the tactical vest in order to protect and allow easy use of a map, GPS, cell phone or other digital device. Another product showcased was the CROKYD.  CROKYD is a hook with a specially shaped rubber that allows the securing of the items attached to the tactical gear and which due to tactical movement can be lost. After all, the saying among servicemen “What is not tied, is lost” is very well known.

The company also introduced AREC, which is intended to make magazine retention in holsters even more stable and enable faster access to them by the fighter. The triangular handle above the rubber that holds the magazine allows for the easiest and fastest release, while additional security in any case is provided by the cases for the magazines manufactured by the company itself. In addition, the company presented the special addition of a spring-loaded mechanism for magazines so that it rebounds in case of a fall and the fighter realizes it, before it is too late and the magazine is lost. 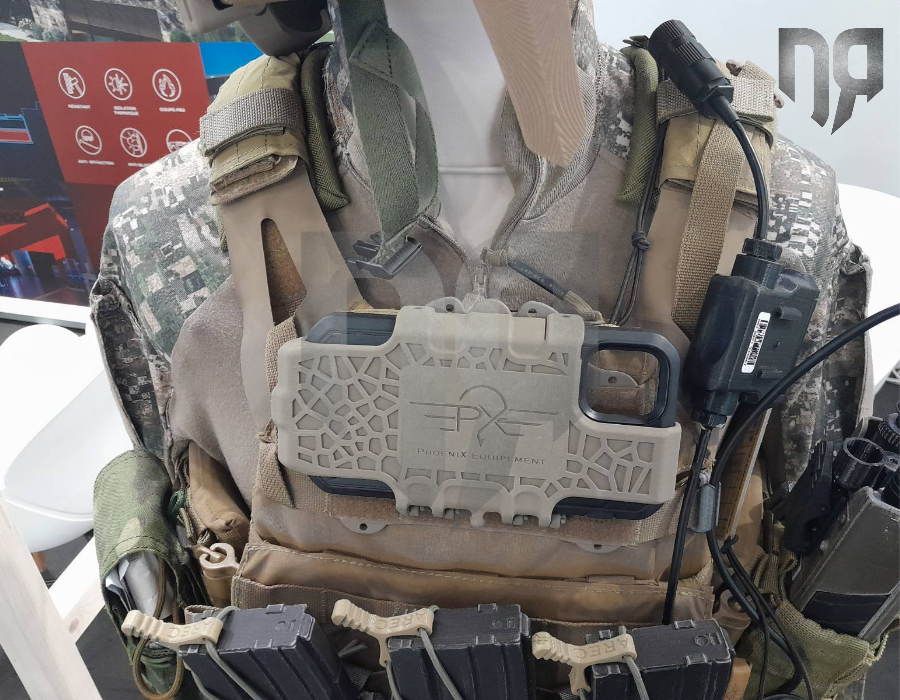 Following on with the interesting propositions of the company is the BELTAPTOR. This is a bell adapter for PALS / MOLLE pouches and other equipment. More specifically, the BELTAPTOR has small rails so that other holsters can be inserted easily and firmly on the belt to further strengthen the second line of battle gear. 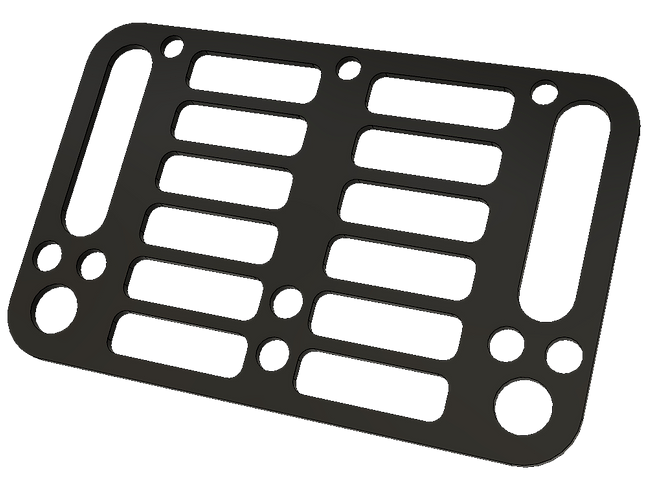 In the area of ​​personal armaments, the company presented the HANGFROG  (HANdGuard FROnt Grip). The compact grip combines the advantages of vertical and angled handles to increase recoil stability in both axes, something very important especially when referring to CQB operations. 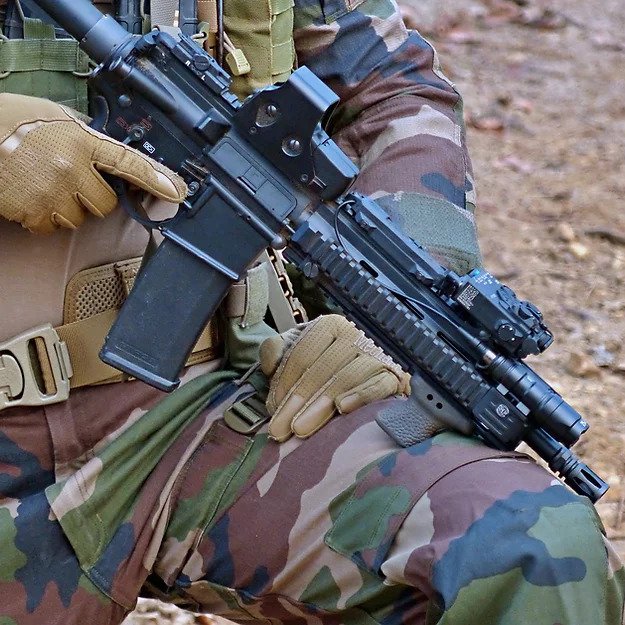 In the field of individual first aid kit and Tactical Combat Casualty Care (TCCC), Phoenix Equipement has developed the MEDICOR, an excellent solution for the personnel IFAK (Individual First Aid Kit) case. MEDICOR was developed to the standards of the French Army and as reported by the company, the fighter can access and use everything he needs from the pouch with just one hand under high tension conditions.

In addition, if immediate access to first aid items is needed, such as hemostatic gauzes or bandages, Phoenix Equipement executives, -through their many years of experience in the armed forces-, realized that an additional sanitary collection may be needed. That is why they created the IMEDRIG, a special rigid medical insert allowing the rapid adaptation / configuration of any type of pouch / bag for basic or specialised SAN use. The fighter can easily access the medical equipment store in the pouch or bag with only one hand and under stressful conditions. Finally, the company offers a special pistol holster with an adapted case for a tourniquet. 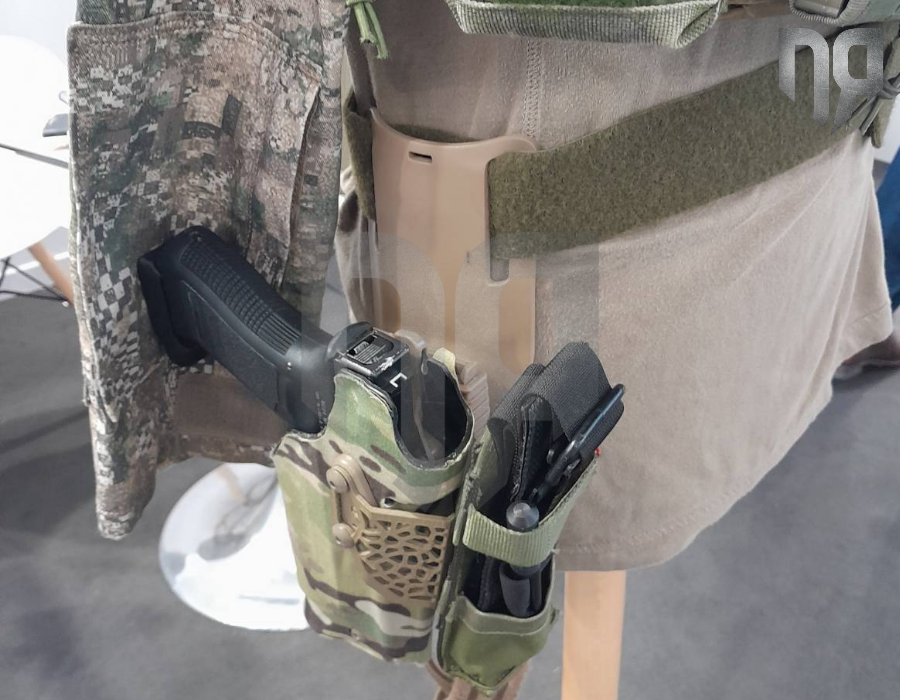 Pistol case together with a tourniquet holder

The company has also many other practical proposals, such as the special helmet nose guard, inspired by the Middle Ages, the AMPOULIOR which is a special case for safe carrying of glass vials in a backpack or bergen, special additions for the protection of the radio cables.  Phoenix Equipement is also involved in the field of camouflage design with award winning patterns. 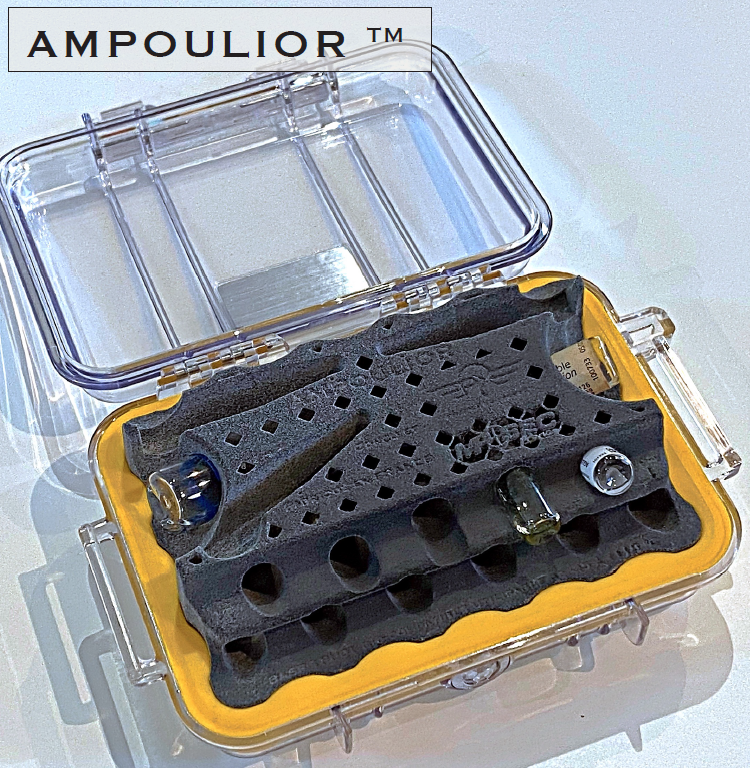