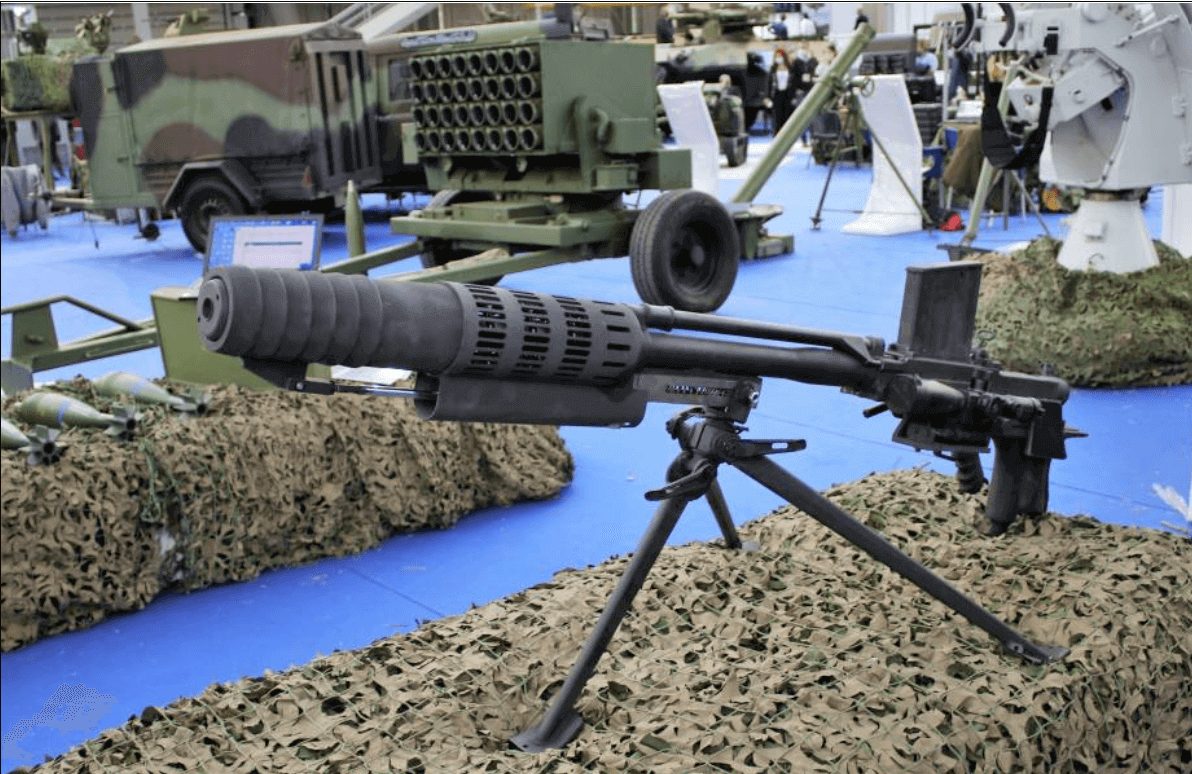 A large-caliber Sarac 99 rifle was showcased at the Partner 2021 International Defence Exhibition in Belgrade, Serbia.

According to the manufacturer, 20-millimeter ammunition is used for this weapon, because large cartridges are required to be able to fire projectiles containing usable payloads, such as explosives, armor-piercing rounds, incendiaries, or combinations of these.

As such, modern-day anti-materiel rifles are used to penetrate light armored vehicles or targets such as concrete barricades and buildings as well as for the destruction of unexploded ordnance.

Yugoimport’s Sarac 99 rifle fires 20x110mm Hispano cartridges. The initial muzzle velocity is 840 meters per second. This allows the Sarac 99 to pierce a steel plate 25 millimeters thick from a distance of up to 200 meters under 90°. Further, the rifle’s rate of fire is 3 to 5 rounds/min.

Last, without its magazine and optical sights, the rifle weighs a bit less than 50 kg. The magazine loaded with 7 rounds weighs less than 3.5 kg. A shooter or his teammate carries 3 loaded magazines.

With information from: Yugoimport