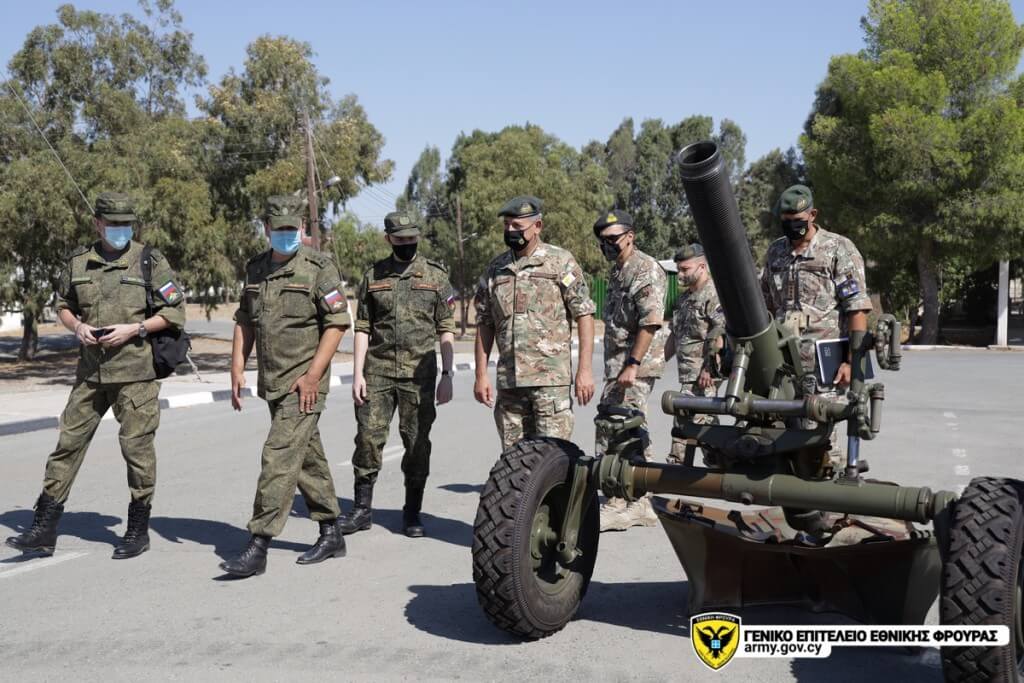 According to an announcement by, in the framework of the Confidence and Security Building Measures provided for in the Vienna Text (2011), a group of inspectors (OE) of the Organization for Security and Co-operation in Europe (OSCE), paid a visit – inspection to the territory of the Republic of Cyprus, from 16 to 18 August 2021.

The group of OSCE inspectors, consisting of Russian officers, visited Formations and facilities of the National Guard, where they were informed about the mission, work and the capabilities of the Formations, while he had the opportunity to ascertain the level of training of the staff. At the same time, during her visits, she inspected the implementation of the obligations of the SC, as they derive from the Vienna Text. In addition, during her stay in Cyprus, she visited the “ASPROMOUTTI” and “KARAVOUS” Outposts, where she was briefed on the prevailing situation.

The inspection revealed the excellent cooperation with the OSCE, as well as the compliance of the Republic of Cyprus, as a Member State, with all the obligations, which, among other things, concern the timely provision of information and active participation in military activities, seminars and conferences. In particular, it was confirmed, once again, the observance by the EF of all the provisions related to the objects of inspections and provided for in the Vienna Text.

The OSCE is the largest body for the protection of international security, founded in 1975 in Helsinki and renamed in 1995 with 57 members, including the United States, Russia, Greece, Cyprus and Turkey. In 2021 the presidency has been taken over by Sweden, while in 2009 it was held by Greece. The Republic of Cyprus participates in the activities of the organization with the participation of personnel in seminars and training activities, with visits to military installations, proceeds through the organization to destroy obsolete military equipment and has appointed a Military Adviser to the Permanent Representation of the Republic of issues of the OSCE Forum for Security and Cooperation (Forum for Security and Cooperation).