Northern Iraq | The casualties of the Turkish army in the battles with the Kurdish guerrillas
Defence Redefined
Published on 14/07/2020 at 10:08 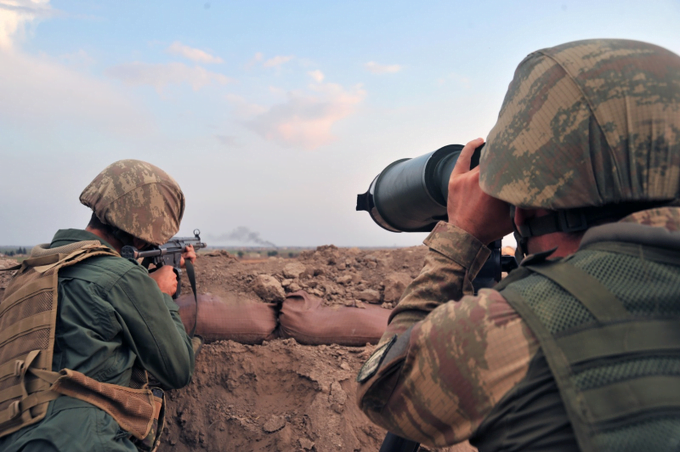 On Sunday afternoon, the Turkish Ministry of Defence announced that a Turkish soldier had been killed in northern Iraq, but the Press Center of the People’s Defence Forces HPG (PKK military wing) announced that the Turkish army had suffered heavy casualties in the Heftanin region over the weekend.

In particular, the rebels’ press office reported that the Turkish army tried to advance on the hills of Kartal and Birehid Birhat in the Bektorya area on 11 July in the early morning hours. The development of the Turkish army was first observed by the guerrillas, and then the HPG struck at three different points.

The actual numbers of the dead on both sides cannot be determined as both sides present the situation in a different picture way.

Also read: Kurdish Representative | The SDF is a key ally of the people of the region for democracy and freedom

Turkey has carried out airstrikes and ground operations against the HPG within Iraq, accusing the governments of federal Iraq and the Kurdistan Region of failing to take adequate action against the group.

According to the AMN news agency, this week Turkish forces took full control of the Iraqi mountain Khamtir, which “protects” Turkey because of its position.

The Turkish Ministry of Defence also announced the neutralization of 3 gunmen by the HPG organization in clashes during “Tiger Claw” operation.

Mount Khamtir is considered a strategic location and was occupied by Turkish forces after the intensification of airstrikes, according to AMN.

Baghdad has repeatedly called on Ankara to stop its attacks and violation of its sovereignty and called on the PKK to withdraw from their territory. Iraqi security analyst Hussam al-Hashimi said last month that the number of PKK fighters in Iraq, including in the Kurdistan region, was between 8,500 and 10,000, deployed at 81 points and bases.

Also read: Escalation of tension on Armenia-Azerbaijan border with casualties

On June 17, Turkey launched Operation Tiger Claw in the Haftinin area, against PKK forces within northern Iraq. This is the second operation in northern Iraq after the “Eagle Claw”, which was an airstrike that began at dawn on June 15.

With information from: AMN, ANF