Kurdish Representative | The SDF is a key ally of the people of the region for democracy and freedom
Defence Redefined
Published on 08/07/2020 at 10:56 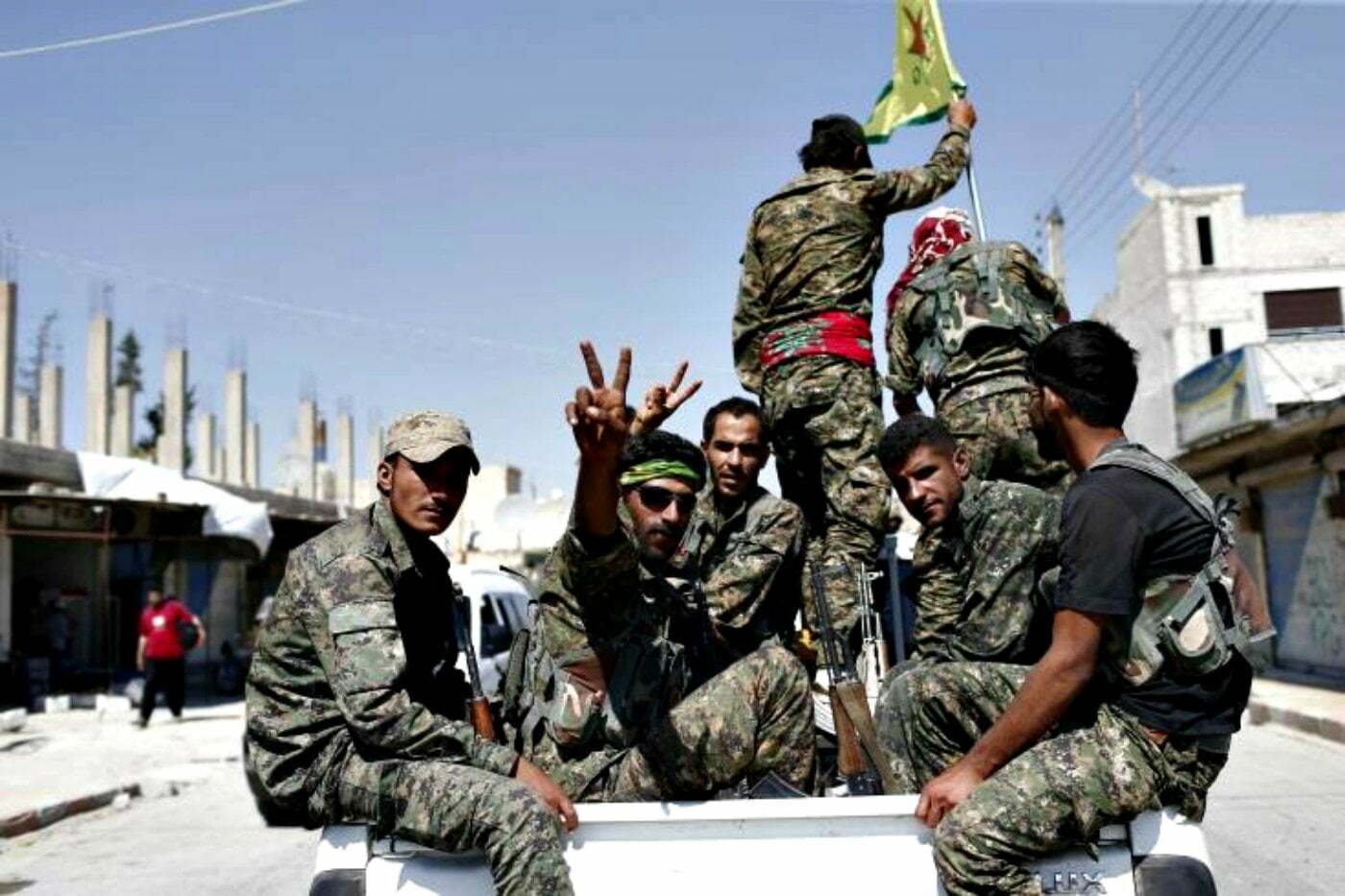 The Syrian Democratic Forces (SDF) is a key ally of the people of the region to gain democracy and freedom, and the dictatorial governments do not like that at all, stated the representative of the Democratic Union Party in Syria (PYD) (based in Athens), Ibrahim Muslem, to the Cyprus News Agency (CNA).

Mr. Muslem was in Cyprus for a few days to contact the Kurdish community and other organized groups and on this occasion he gave an interview to CNA about the situation in the region and the future of the Kurdish people.

He said that his party, along with the SDF and allied forces from about 70 countries, had succeeded in destroying the Islamic State and creating a new model of government and coexistence for the people of the region, whether Kurds, Arabs, Armenians or Assyrians.

“In my opinion, this could be a model for the entire Syria. This is certainly not to the liking of dictatorial governments in the region, and in particular of the Turkish state and the Erdogan government, which envisions returning to the Ottoman Empire. I would also like to remind you that about two weeks ago an agreement was signed between all Kurdish parties in Syria, under the auspices of the United States. This was a big step for the Kurds, for the unity of the Kurdish people. This is a small example that the Kurds are united,” he said.

Mr. Muslem said all political parties in northern Syria and almost all countries in the world had an active role in Syria, with the country becoming a center of contention between the various powers.

“This is especially true for Rojava, and this certainly worries the Turkish state. That is why an attack was launched together with Iran in southern Kurdistan, and the army is currently about 30 kilometers in Iraqi Kurdistan. But for us, this agreement was a great victory, because after so many years we are united with the approval of the United States. And in the future, in the discussions that will take place in Syria, we will appear united and that is in our favor. The agreement is a sign of what the Kurds can do together.”

The PYD spokesman said his party had from the outset expressed its readiness to discuss the Assad regime, end the war and provide an opportunity for democratic and political reform in Syria.

“We are ready, we have called on them to fight the Turkish occupation army together, but unfortunately the regime has officially stated that it is not ready to talk to us or cooperate,” he said.

Asked about the criticism his party receives regarding the ideological sympathy with the PKK, Mr. Muslem said: “With the PKK and the other parties, we are brotherly parties, we are all Kurds. And as Kurds we are cooperating and we will always help each other. But with the PKK we may have some ideological and political principles, but we are an independent and different party, we are another party, fully independent. But I repeat that as a fraternal party we are cooperating with them, it is a national fraternal party fighting for the rights of the Kurds in northern Kurdistan, which is under the control of the Turkish army.”

Observing that the Syrian issue has now become the subject of competition between Turkey-Russia and other powers such as Iran, he said that this issue frightens them very much because at the moment no one is asking and is not interested in the interests of the Syrian people.

“What is happening has nothing to do with the interests of the Syrian people, what is happening is a conflict of foreign powers over control of the region, about energy and infrastructure and more. And unfortunately, as we have seen many times, Russia has reached an agreement that is to the detriment of the Syrian people and even the regime. The situation in Idlib, the occupation of Afrin, would not have happened if the Russians had not agreed to a greater extent, and this is done in their own interests. That, of course, applies to both Iran and the United States.”

Describing the situation in Raqqa, the city where he grew up and has now been liberated after becoming the de facto capital of ISIS, Mr. Muslem said that people were trying to return to normalcy and rebuild their lives.

“It simply came to our notice then. Most of the residents have returned, the city was a city of immigrants because the big dam was built there and people came from all over Syria. It is a more democratic city, the residents have now come back, trying to rebuild it and return to their lives. The city is being rebuilt, we have built the roads, the infrastructure,” he said.

According to Mr. Muslem, around 250,000-300,000 have returned, most of them Kurds and pro-Kurds who had gone to Kobane, and now they have come back. But a large number, he told us, left for Europe and never returned.

Regarding the situation in northern Syria and Rojava, he said the most important problem at the moment is the lack of water. About 4 million people, as he told us, do not have access to drinking water for their other needs.

“The Turkish state has used all the means at its disposal, from the Islamist terrorists it sent us, the bombings, the imprisonments, etc., but it has not been able to defeat our will and our strength and is now using water as a weapon against us,” he said.

Mr. Muslem said that access to the river had been cut off and that water was currently being pumped from other areas, but the situation was very difficult because not all households had enough water. “It’s summer, the needs are high, with coronavirus, you realize how difficult it is for 4 million people,” he said.