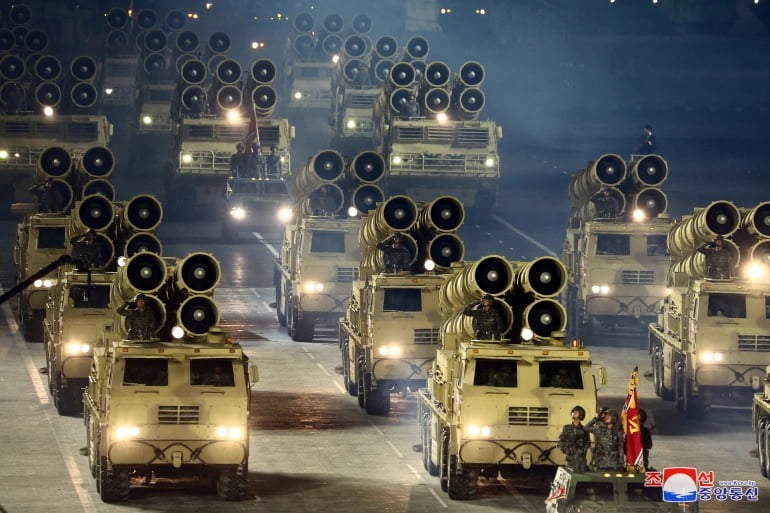 It is the first time Pyongyang has tested cruise missiles under Joe Biden administration.

The information about the missile launch was previously reported by the Washington Post. The Pentagon refused to comment.

Usually, when North Korea launches missile tests, these are disclosed in a festive atmosphere by the state media and quickly acknowledged by the South Korean military. However, North Korean media did not report on the weekend trials. South Korean officials said today that they had spotted the tests when they took place, but decided not to report the incident immediately.

North Korea fired two short-range missiles on the weekend, U.S. and South Korean officials said, but Washington played down the tests, the first since President Biden took office and said it was still open to dialogue with Pyongyang https://t.co/kEK0I9vEJG pic.twitter.com/706FrqywE6

South Korean defence officials tend to find short-range cruise missile tests less “provocative” than ballistic missiles. They also tend not to point out what they consider minor challenges from the North when trying to promote intergovernmental dialogue. However, when North Korea launched short-range cruise missiles off its east coast in April last year, the tests were immediately acknowledged by South Korea. In this case, South Korean officials acknowledged the tests only after the first Washington Post report.

The missiles were fired from a location near Nampo, a port southwest of Pyongyang, the capital of North Korea, at 6:36 a.m. on Sunday, said Ha Tae-keung, a South Korean lawmaker, who was briefed by intelligence officials on Wednesday. Intelligence officials said South Korean military authorities had agreed with their US counterparts not to release the news of the tests, according to Ha.

South Korea and the United States completed their annual 10-day military exercise last week. North Korea usually “responds” to these exercises by conducting its own exercises, which sometimes include missile tests.