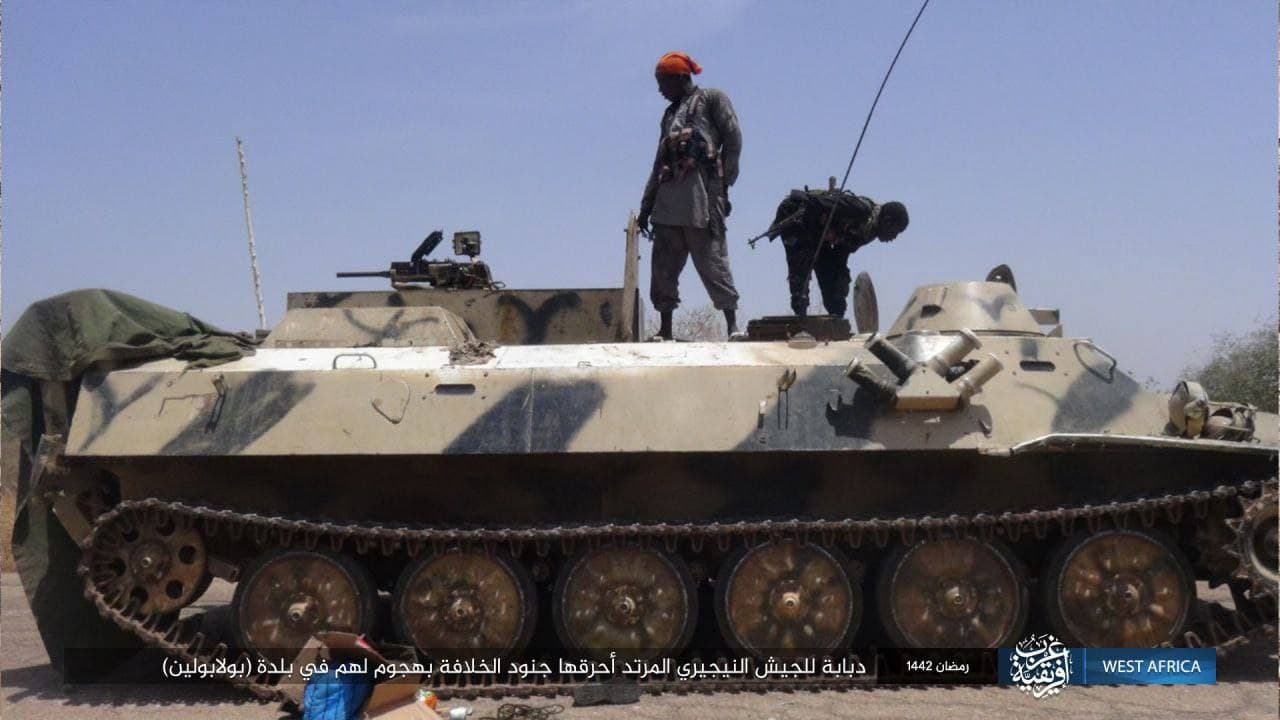 On May 6, the Islamic State news agency “Amaq” published photos of the recent large-scale attack by its fighters in the town of Geidem, in northeastern Nigerian state of Yobe.

During the attack, which took place on April 23, ISIS terrorists invaded Geidem. The terrorists engaged in a fierce battle with the Nigerian Armed Forces. Nigerian troops put up strong resistance, however, the terrorists managed to break through their defence. 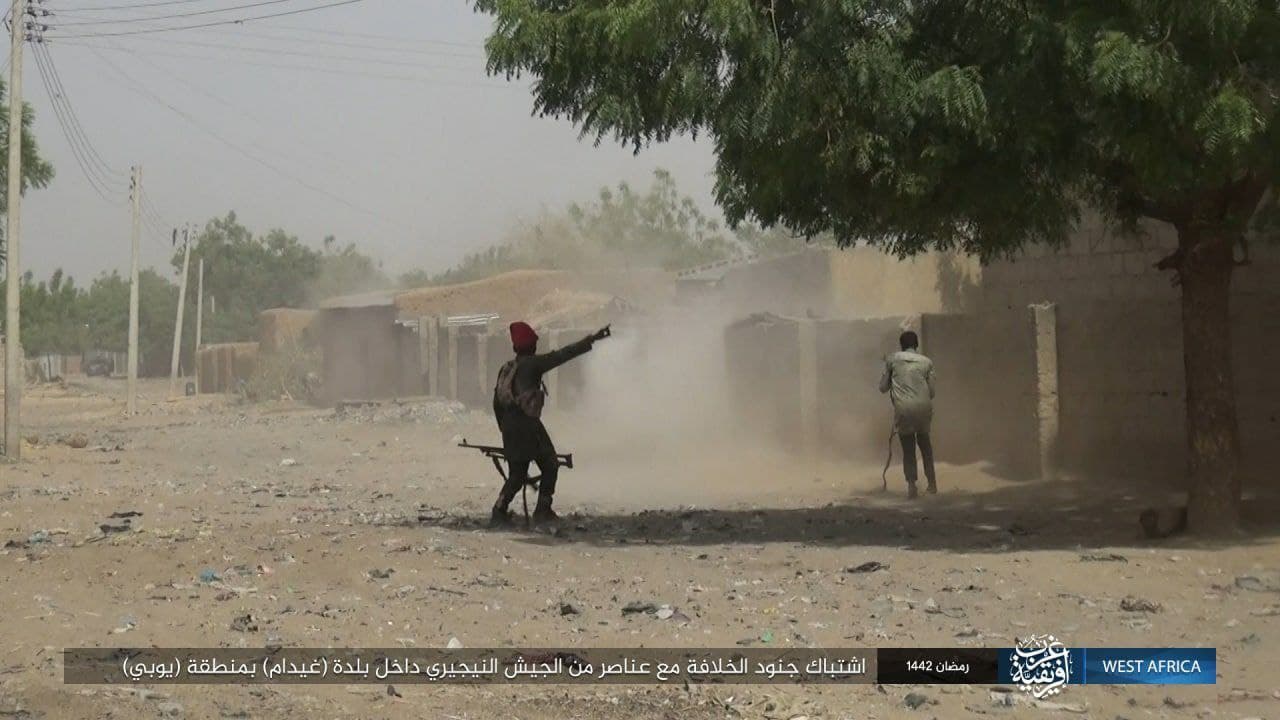 “During the attack, the militants burned down buildings and headquarters of the Nigerian government and international organizations, while distributing leaflets of propaganda to the people,” said a statement shared by the Amaq news agency. 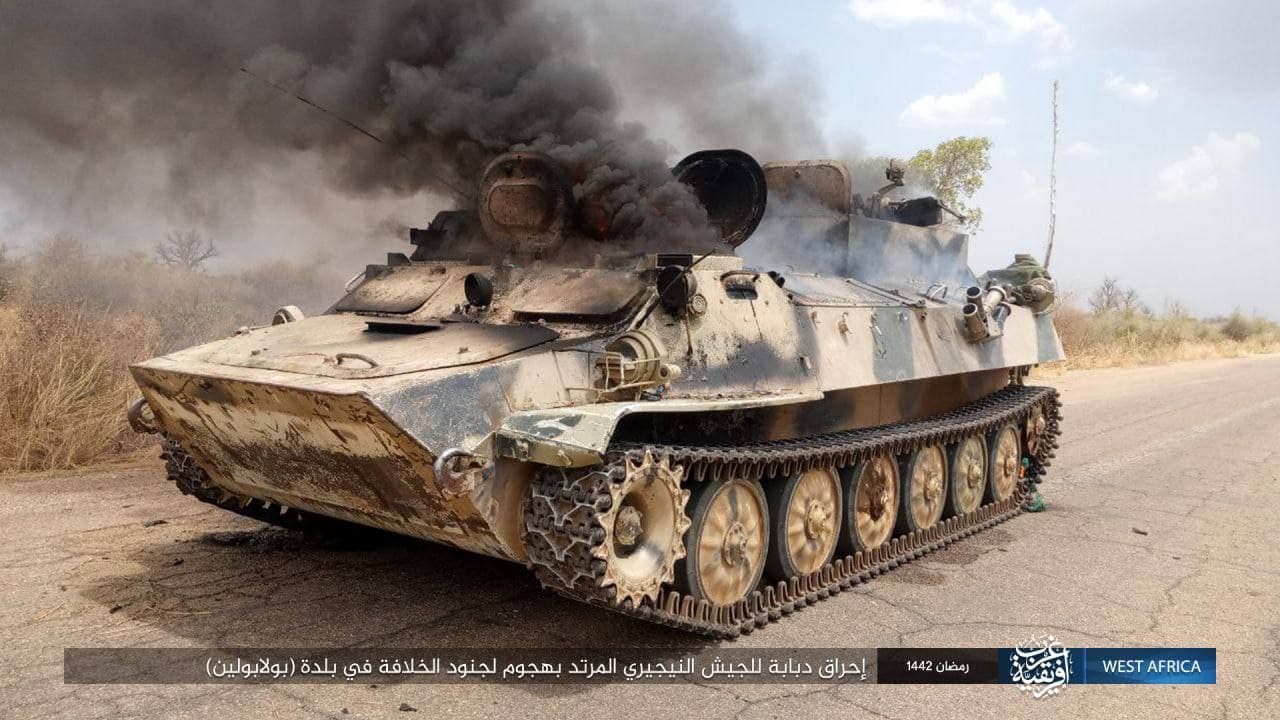 Before entering the city, the ISIS terrorists hit a convoy of military vehicles with improvised explosive devices (IEDs). At least one vehicle was destroyed. 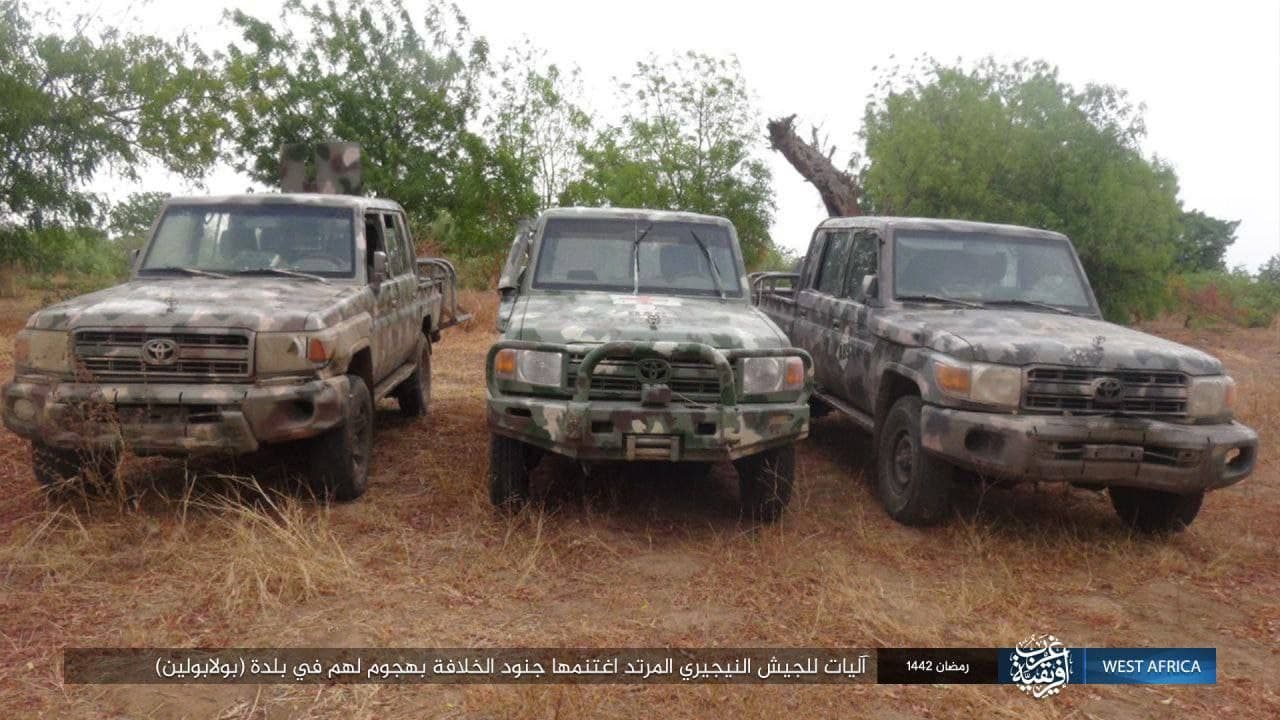 According to Amaq, several members of the Nigerian army were killed or wounded in the attack. ISIS fighters also destroyed two vehicles and captured seven others.

A few days after the invasion of Geidem, ISIS terrorists attacked Nigerian troops in the town of Kanama, which borders Yobe and Niger. The Nigerian army suffered heavy casualties in the attack.

ISIS is working tirelessly to expand its influence in northeastern Nigeria. Recently, in the province of Yobe, new pockets have appeared with ISIS terrorists. In the past, the ISIS operated in the state of Borno.