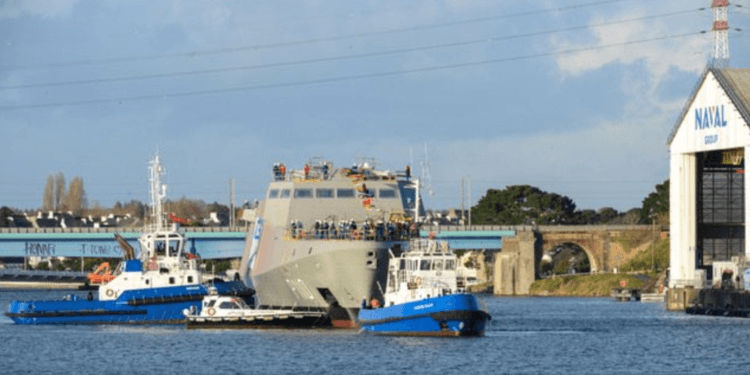 Two days after the agreement for the acquisition of a total of 80 4++ generation Rafale fighter jets from France, another great armament program takes shape for the Armed Forces of the United Arab Emirates. According to an announcement by the French company Naval Group, the first Gowind corvette for the UAE Navy was launched in the presence of the Commander of the Navy, Sheikh Saeed bin Hamdan Al-Nahyan, at the Lorient shipyard.

The first Gowind corvette ordered by the 🇦🇪 to Naval Group was launched today. ⚓️
The Bani Yas corvette has left the dry-dock of Naval Group site in Lorient. This is a major industrial and symbolic milestone, where the corvette reaches her natural environment: the sea! @modgovae pic.twitter.com/fICXv6Ubqt

This constitutes a “milestone” in the strategic partnership between the two countries, which took place under the agreement worth 750 million euros (or 850 million US dollars) signed in June 2019 and concerns the purchase of two Gowind 2500 corvettes, with an option to acquire two more.

The Gowind 2500 type corvettes that will be acquired by the United Arab Emirates are also of interest in Greece for the Hellenic Navy, following the acquisition agreement of the Belharra frigates. The UAE vessels will have a total displacement of 2,700 tonnes and will be equipped with Naval Group’s SETIS combat management system, Exocet surface-to-surface missiles, and Raytheon’s Evolved Seasparrow surface-to-air missiles.

With information from: Naval Group, defensenews.com