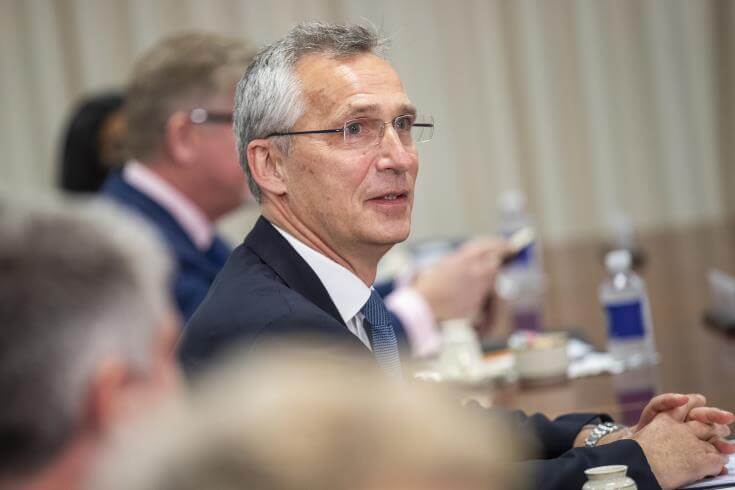 NATO Secretary-General Jens Stoltenberg shall convene an extraordinary virtual meeting of the Foreign Ministers on Afghanistan on Friday, August 20.

I have convened an extraordinary virtual meeting of #NATO Foreign Ministers this Friday 20 August to continue our close coordination & discuss our common approach on #Afghanistan.

An extraordinary virtual meeting of the EU Foreign Ministers had preceded it, where the Greek Minister of Foreign Affairs, Mr. Nikos Dendias, gave special emphasis on the risk of increasing immigration flows while underlining the need to protect the EU external borders and avoid a new humanitarian crisis.

In fact, he stressed the need for a unified and coordinated approach to the issue of immigration and pointed out that it should be made clear to third countries, such as Turkey, that the instrumentalization of this issue will not be allowed.

I participated in the extraordinary videoconference of the Ministers of Foreign Affairs of the European Union, with the developments in Afghanistan being the only item on the agenda. I placed particular emphasis on the risk of increased migration flows. #EU #FAC

Finally, he stressed that for all of the above, there should be close coordination with other countries involved, starting with the United States.

The latest dramatic developments in Afghanistan were set on the agenda at the meeting of the Government National Security Council (KYSEA) of Greece, under Prime Minister Kyriakos Mitsotakis.

The meeting assessed the situation and the emerging new landscape on the international stage. Course of action on the need to protect borders and avoid a new humanitarian crisis was discussed at European, bilateral and national levels.