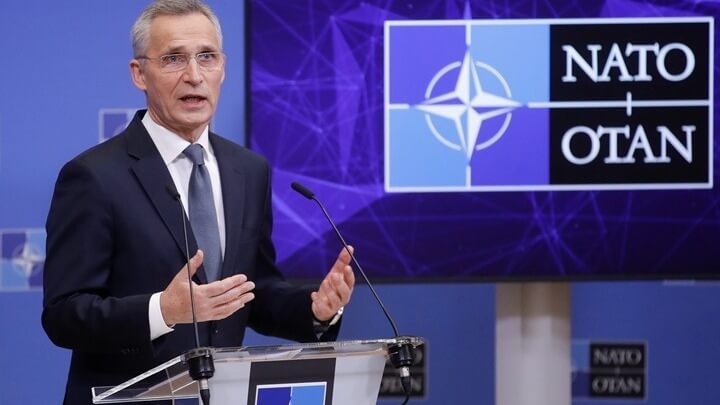 The United States and its allies will hold talks with Russia today at 11:00 a.m. Greek time at the headquarters of the North Atlantic Treaty Organization in Brussels, with the main aim of preventing its threatened escalation of the conflict in Ukraine, but Moscow does not seem ready for any de-escalating gestures.

This is the first time that the NATO – Russia Council is convened, which was established in 2002 but has remained inactive since 2019.

US Secretary of State Wendy Sherman briefed the representatives of the 30 NATO member-states on Tuesday in Geneva with its Russian counterpart Sergei Ryabkov.

“There is no reason to be optimistic,” yet the Russians seem determined to “participate seriously” in the process, a European Union’s member-state ambassador in the organization told AFP.

Moscow will be represented by Deputy Foreign Minister Alexander Grutsko, who sees today’s meeting as “the time of truth” regarding Russia – NATO relations.

At the top of NATO’s agenda is their concern that Russia is preparing to invade Ukraine, as it did in 2014, when it annexed the Crimean peninsula. Thousands of Russian troops have gathered in the border area recently.

For its part, Moscow is expected to put on the table its proposals for security architecture in Europe. It urges NATO not to continue to expand eastward, to reduce its weapon systems and the number of troops it has deployed around Russian territory, and to pledge that Ukraine’s accession process to NATO will not proceed – something that is characterized by a red line from the Atlantic Alliance and Kiev.

Although expectations for today’s talks are low, NATO hopes that they will allow for ongoing dialogue and prevent the risk of military escalation. NATO’s Secretary-General, Jens Stoltenberg, said earlier this week that it would be a good idea to agree to continue contacts.

The council follows the US – Russian talks on Monday, which were described as constructive by both sides but made no tangible progress. On the same day, preparatory contacts took place between a delegation of NATO and Ukraine.

The United States and Europeans have threatened to impose unprecedented sanctions on Russia in case it invades Ukraine. Moscow insists it has no plans to attack anyone.