Biden – Putin | Telephone conversation between the two leaders
Defence Redefined
Published on 30/12/2021 at 14:15 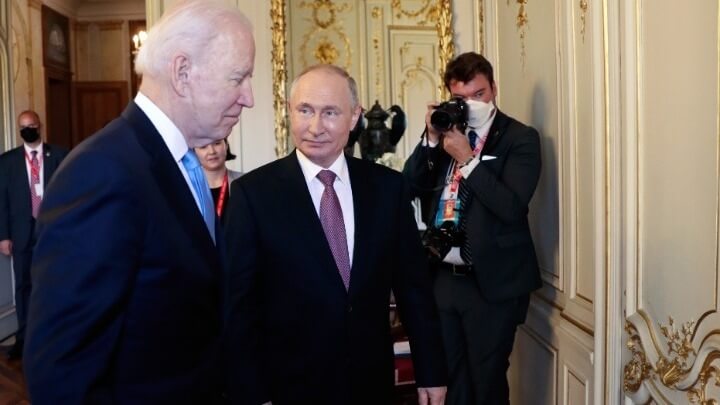 US President Joe Biden and his Russian counterpart Vladimir Putin will have a telephone conversation today Thursday, as announced by the White House and the Kremlin, while Washington seeks to coordinate, in cooperation with European allies, its response to the concentration of Russian military forces on the border with Ukraine.

The two leaders will discuss a range of issues, including the upcoming security talks between their countries, said White House National Security Council spokeswoman Emily Horn.

According to Horn, Biden spoke with other European leaders about the situation on the Ukrainian border, while US officials are in contact with NATO, the European Union, and the Organization for Security and Cooperation in Europe.

The West is worried about thousands of Russian troops near Ukraine in the last two months, following the occupation of the Crimean peninsula in 2014 and the support it says Moscow is offering to separatists in eastern Ukraine.

Russia denies planning an attack on Ukraine and says it has the right to move its troops to its territory as it wishes.

Concerned about the “rearmament”, as it says of Ukraine from the West, Moscow is calling for legally binding guarantees that NATO will not expand further east and that some offensive weapons will not be deployed in Ukraine and other neighboring countries.