National Guard | The 450th Helicopter Squadron of the Air Force celebrates its 20th anniversary – VIDEO
Defence Redefined
Published on 29/10/2021 at 19:00 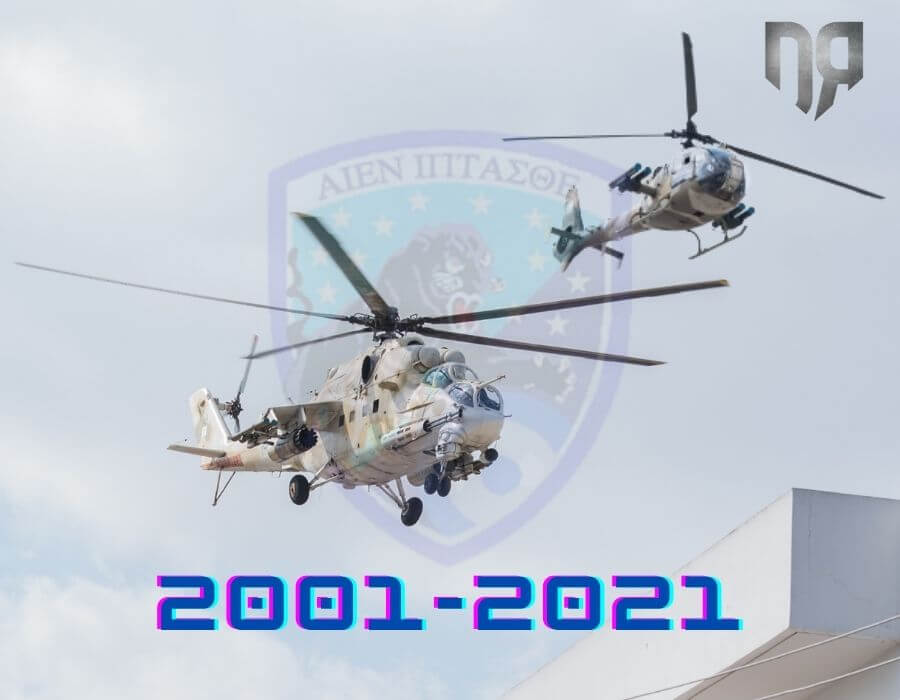 On October 15, 2021, the twentieth anniversary of the 450th Helicopter Squadron was celebrated.

Its mission is the maintenance of a high degree of efficiency and readiness, with appropriate personnel training and maintenance of the means-systems available for the undertaking and successful conduct of air operations, close air support, and anti-tank missions.

The 450th Helicopter Squadron, an independent Unit of the Air Force Command, was established on October 15, 2001. In addition to the Mi-35P helicopters, the Squadron also operates the SA342L1 Gazelle.

The Squadron implements intensive training of its personnel (Pilots and Technicians) and has to demonstrate significant flight work. It also participates in all the main activities of the National Guard and has collaborated with all formations in exercises, performing successful shots in the fields of exercises.

The Headquarters of the Unit is the Air Base in Paphos and belongs to the 55th Combat Squadron.

The General Staff of the National Guard (GEEF) celebrates the 20th anniversary of 450th Helicopter Squadron with an impressive video you can watch below: