MSC2022 | Strategic relationship with Germany in the field of Defence and Defence Industry promoted by Defence Minister
Defence Redefined
Published on 20/02/2022 at 13:00 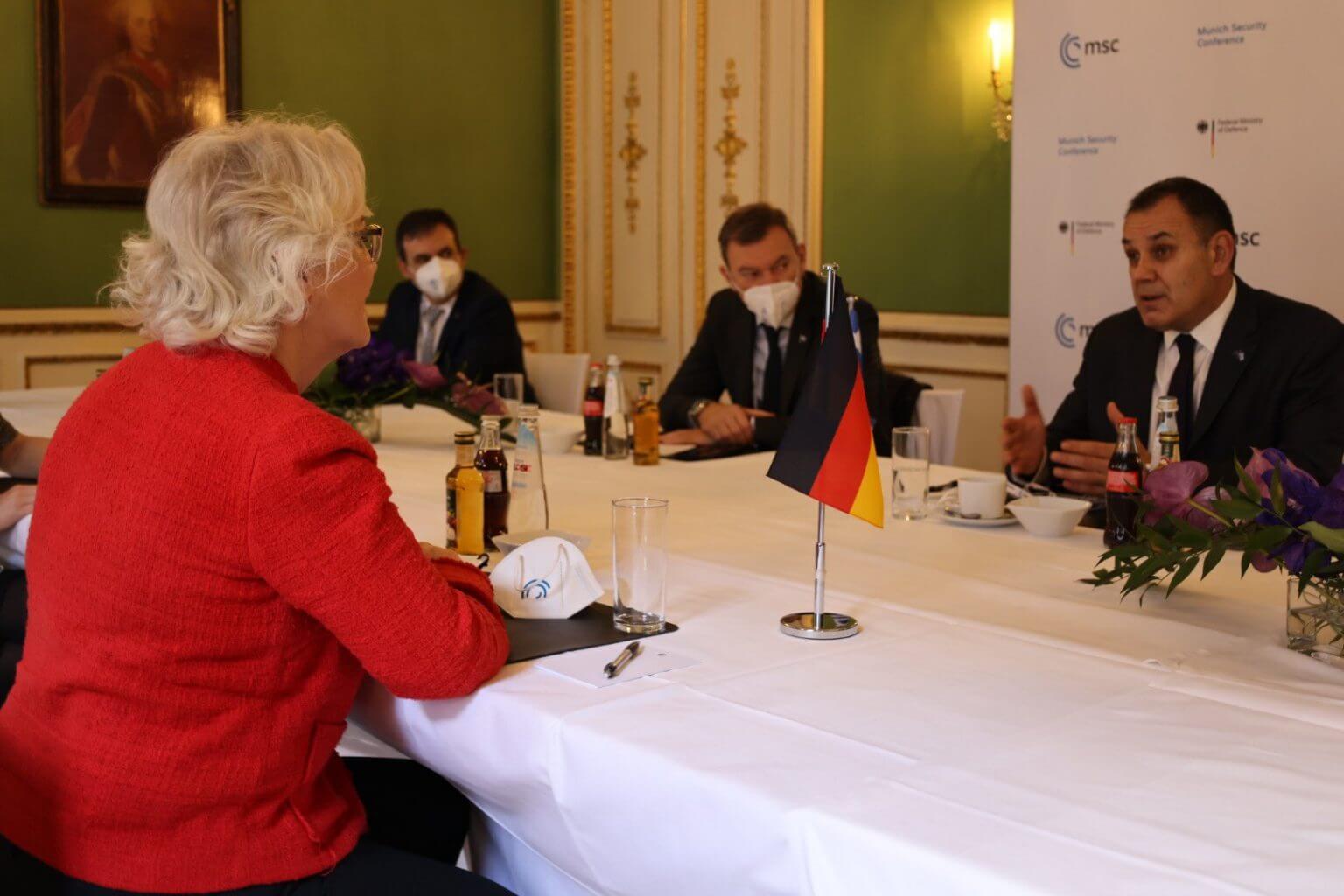 Defence Minister, Nikos Panagiotopoulos, met with the Minister of Defence of Germany, Christine Lambrecht, on the sidelines of the Security Conference in Munich.

According to information, among the topics on the table were the current developments in the Eastern Mediterranean, the crisis with Russia, but also the further development of bilateral cooperation at the Greek-German defence level.

In fact, the Minister of Defence himself stated in an interview in DW that he looks forward to useful meetings with executives of the German defence industry, given that there are prospects for cooperation in this field with both the Armed Forces and the Ministry of Defence.

The goal of the Greek government, but also a basic condition for further cooperation with the German side, is to equip the Greek Armed Forces with state-of-the-art defence equipment as well as to combine any armament programs with long-term German investments in Greece, creating new jobs through the involvement of a large number of Greek companies in the production chain, offering long-term work and with prospects for the international market due to export dynamics.

On this basis, the German companies KMW and Rheinmetall are focusing on making a large investment in Greece, which will not be a typical industrial unit, but a “Center of Excellence” aiming at Research and Development activities.

According to the same information, the issue of modernization of Leopard-type tanks was raised, among others. An issue that is related to what the Minister of Defence, Nikos Panagiotopoulos, said at the parliament on Tuesday, essentially giving the green light to implement essential programs of the Hellenic Army that have not yet begun.

At present, KMW has a proposal concerning the armored vehicles of the Hellenic Army, which provides for the modernization of the 183 Leopard 2A4 and 190 Leopard 1A5 tanks, while military sources state that the modernization of the Leopard 2A4 aims at the level of the 2A7V version, which is the most advanced version developed by KMW for the German Army.

In turn, Rheinmetall’s proposal for the Hellenic Army concerns the supply of the Lynx armored combat vehicle with production in Greece. With this platform, the Mechanized Formations of the Greek infantry will replace vehicles of another era, thus covering long-established operational needs.

Hence, whether there will be developments soon for the armament programs of the Hellenic Army after this meeting between the Ministers of Defence of Greece and Germany remained to be seen.