Ministry of Interior | Cyprus in a state of emergency because of immigration, Commission was informed in writing
Defence Redefined
Published on 21/05/2021 at 15:21 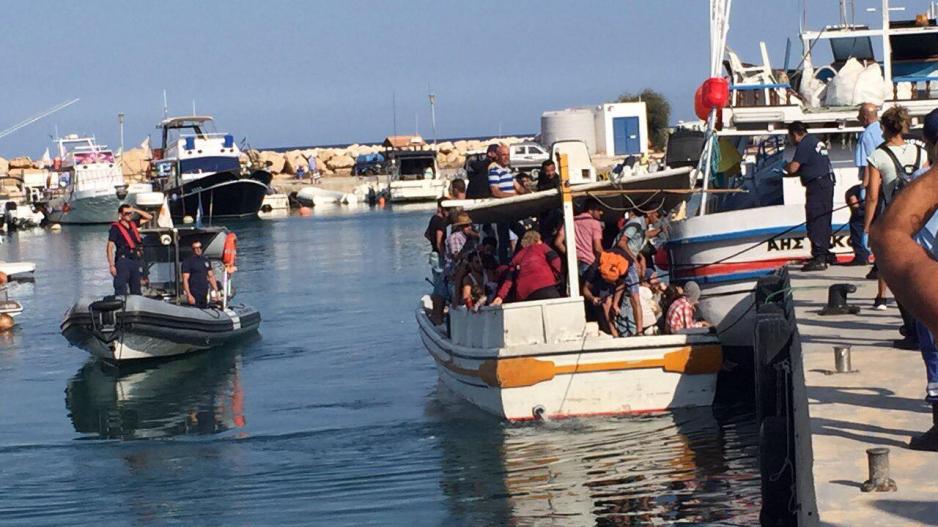 Cyprus is now in a state of emergency because of immigration, said on Friday the Minister of Interior, Nikos Nouris, who informed the European Commission in writing yesterday, noting that no more illegal immigrants will be allowed access to Cyprus.

In statements made in Sotira, Mr. Nouris said that “last week we witnessed a ‘wave’ of arrivals on a daily basis by water, from the southern coast of Syria and especially from the port of Tartu. This situation, along with the crowd at the Reception Centers, have forced me to inform the European Commission in writing yesterday afternoon, stating that Cyprus is now in a state of emergency in terms of immigration and that additional immigrants cannot be received.”

He added that “at the same time we call on the European Commission to intervene immediately and to actively prevent illegal departures from the Syrian coast and especially from the port of Tartu, in order to minimize the problem we are currently facing.”

Asked about the delays in the controls of illegal immigrants arriving in Cyprus, the Minister replied that “there are no delays in the controls. Since January 1, we have served almost 4,000 rejections of asylum applications to those coming from so-called safe countries.” He noted that “the problem is that rejection of asylum applications must be accompanied by expedited return procedures, returns which are extremely difficult to be made by a small country such as Cyprus, because there are no transnational and bilateral agreements with a number of third countries.”

Also read: All 97 immigrants from Syria will end up in “Pournara” – The captain of the boat was arrested

It is for this reason, he continued, “that this is a firm, permanent and urgent request of the Republic of Cyprus to the European Union and for which we have the support of many European countries. Such agreements for the return of third-country nationals should be made mainly by the European Union and on the condition that third countries should undertake to receive their nationals from all European countries. It is something that we discussed last week in the Interior Ministers Council in the presence, for the first time, of Ministers from the African continent and something we have seen in sub-Saharan Africa, where many of the immigrants we receive come from.”

Answering another question, the Minister of Interior stated that the ship that arrived from Lebanon last Sunday “was sent back to Lebanon because we have a bilateral agreement. However, the vast majority, and especially of those that have been arriving in our country since last Saturday, and recorded by the Port Police, come from the southern coast of Syria.”

Asked whether there is cooperation with the British Bases to further control the green line for the arrival of immigrants via the occupied territories, given that today 14 people arrived in Avgorou, the Minister said that “we have had very good cooperation with the British Bases so far and we faced no particular problems with this matter. I hope that this event, which is currently investigated, was accidental.”

Asked about how long illegal immigrants stay on the boats they use to reach the shores of the Republic until their details are checked, Nikos Nouris replied that “at this time we do not have the ability to receive others. Therefore, our aim is to see how we will manage the situation.”

Also read: All 64 illegal immigrants who arrived in Larnaca transferred to “Pournara”

He added that “the immigrants on the last boat that arrived, with several children aboard, were received, and since the Pournara Reception Centre cannot accommodate any more immigrants, we had to set up a temporary camp in the area of ​​Protaras. This is certainly not what we want in order to deal with this humanitarian crisis.”

The Minister of Interior also stated that “it is not the intention of the Government to make Cyprus a vast camp of immigrants. We have specific capabilities, we are willing to help people in real need, but at the same time we want to send a clear message that our capabilities are not inexhaustible and we have already exceeded these reception capabilities a long time ago.”

In another question, Mr. Nouris reiterated that “in addition to the information that Cyprus is now in a state of emergency in terms of immigration, unable to receive other immigrants, we have requested the immediate intervention of the European Union with a specific way to control the southern coast of Syria so that there are no additional departures of illegal immigrants specifically from the port of Tartu, where many immigrants depart from.”

Also read: Cape Greco | No access was permitted to 56 illegal immigrants so they returned to Lebanon