All 64 illegal immigrants who arrived in Larnaca transferred to “Pournara” 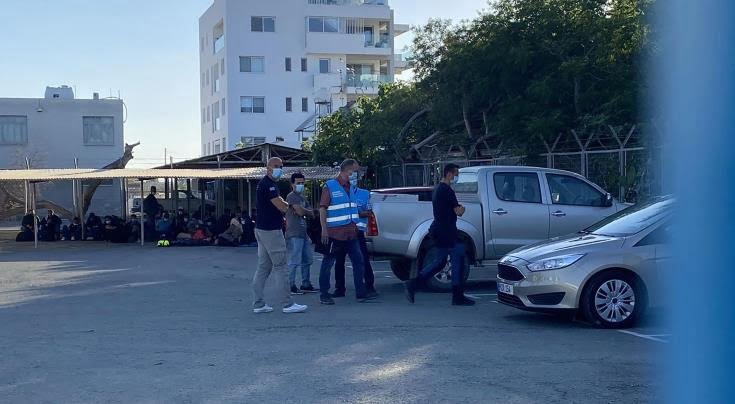 All 64 illegal immigrants who arrived in Larnaca transferred to “Pournara”

All 64 illegal immigrants who arrived in Larnaca yesterday afternoon, including 21 children, were transferred to the Temporary Accommodation Center “Pournara” in Kokkinotrimithia.

According to the Press Office of the Police Headquarters, around 15.30 on Tuesday, a wooden boat about 10 meters long was detected sailing three nautical miles off the sea of ​​Larnaca.

The boat, which, at around 15.50, entered the area of the Larnaca fishing port was carrying 64 illegal immigrants and more specifically 21 minor children, 10 women and 33 men, all of Syrian origin except one person, aged 43, who comes from Lebanon.

Members of the Police, the Civil Defence and the Department of Foreigners and Immigration went to the area to investigate the case further, which revealed that the boat seems to have sailed from Syria.

After receiving the details of all immigrants, they were transferred to the Immigrant Temporary Accommodation Centre “Pournara” in Kokkinotrimithia late last night, accompanied by the Police.

Also read: Arrival of eighteen immigrants in the area of ​​Kato Pyrgos Tillyrias