Littoral Combat Ship (LCS) 23 | Completion of acceptance trials and soon its enlistment in the US Navy – VIDEO
Defence Redefined
Published on 18/12/2020 at 19:00 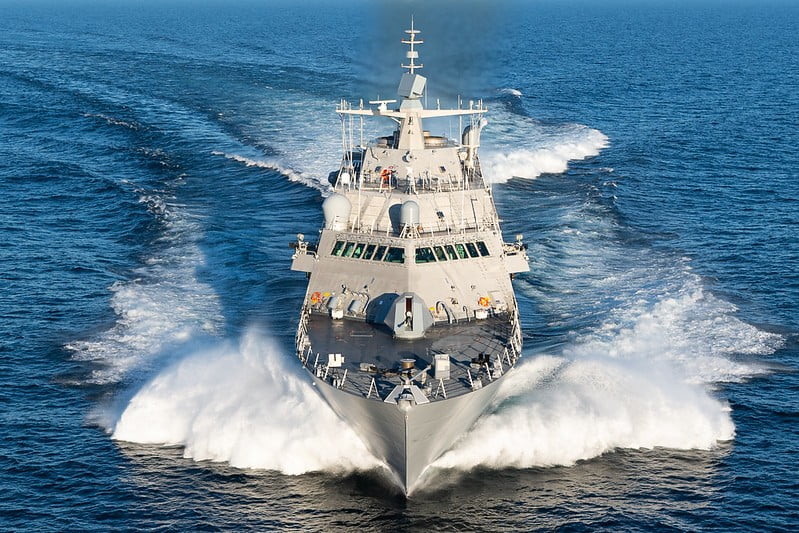 The 12th Freedom Class, Littoral Combat Ship (LCS) 23, USS Cooperstown, completed acceptance trials in Lake Michigan a few days ago. The ship is designed to support a wide range of missions such as anti-submarine warfare and mine countermeasures in shallow waters.

During trials, the USS Cooperstown underwent a full-power run, maneuverability testing, and surface and air detect-to-engage demonstrations of the ship’s combat system. Part of the trials also included the demonstration of the ship’s major systems such as aviation support (helicopters, UAV), small boat launch handling and recovery and various automations.

According to manufacturer Lockheed Martin, the Freedom Littoral Combat Ship is a resilient, flexible warship, designed to take on new technologies, including advanced sensors, missiles and cyber defence systems.

The standard equipment includes SeaRAM self-defence system, a 57 mm Mark 110 gun and the Nulka decoy system. The ship has a COMBATSS-21 combat management system and Hensolt AESA TRS-4D radar with a range of up to 250 km.

Furthermore, the ship can carry the Naval Strike Missile (NSM) to attack targets at distances up to 185 km, vertical launchers (VLS) Mk-41 for usage of various types of missiles, such as the ESSM surface to air missile and the Surface Electronic Warfare Improvement Program (SEWIP).

The Multi-Mission Surface Combatant (MMSC) is the LCS version which, due to its size and capabilities, is classified in the frigate category. Recently, MMSC has created a lot of “noise” around it due to the proposal for the purchase by the Hellenic Navy of four vessels of this type.

According to a recent report on the defence website DefenseNews, the repeated problems of the “Little Rock” (LCS-9) and “Detroit” (LCS-7) ships have raised questions whether the class has design failures and whether extended modifications will be needed to address these issues. What is being investigated is whether this class has major design problems, especially with the propulsion system.

Lockheed Martin stated its commitment to resolving the problem with the propulsion system. The other Littoral Combat Ship class, the General Dynamics and Austal “Independence” use a different propulsion system and do not face the same problem.