Corvette “Themistocles” | With the cooperation of Greece-Israel-USA | Photos & VIDEO 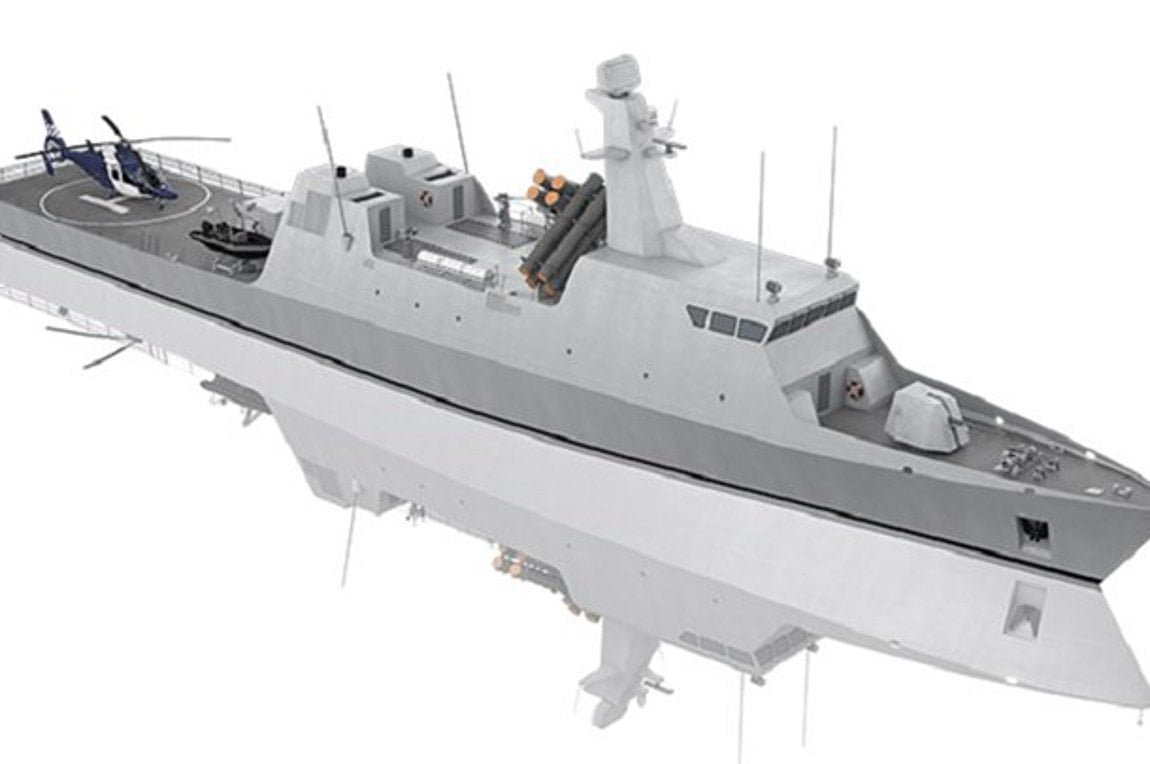 According to journalist Christos Mazanitis and his article in Realnews, an industrial partnership between ONEX Neorion Shipyards and the Israeli Shipyards, has been signed in Haifa, for the coproduction of the “THEMISTOCLES” Corvette in Greece.

According to the publication, “in light of the alliance of the Eastern Mediterranean states, on June 16, 2020, an agreement was signed between ONEX Neorion Shipyards, an American company operating in Greece, and Israel Shipyards Ltd for the co-production of the state-of-the-art vessel.”

In fact, according to Realnews, a proposal has been made to the Greek Navy to build 7 corvettes with a long-term funding program, an agreement that was reaffirmed orally on the recent trip of the Prime Minister, Kyriakos Mitsotakis, to Israel. Now, the next step is for the Navy to take over the discussions on the final configuration of the cargo of weapon systems and electronics it will carry. 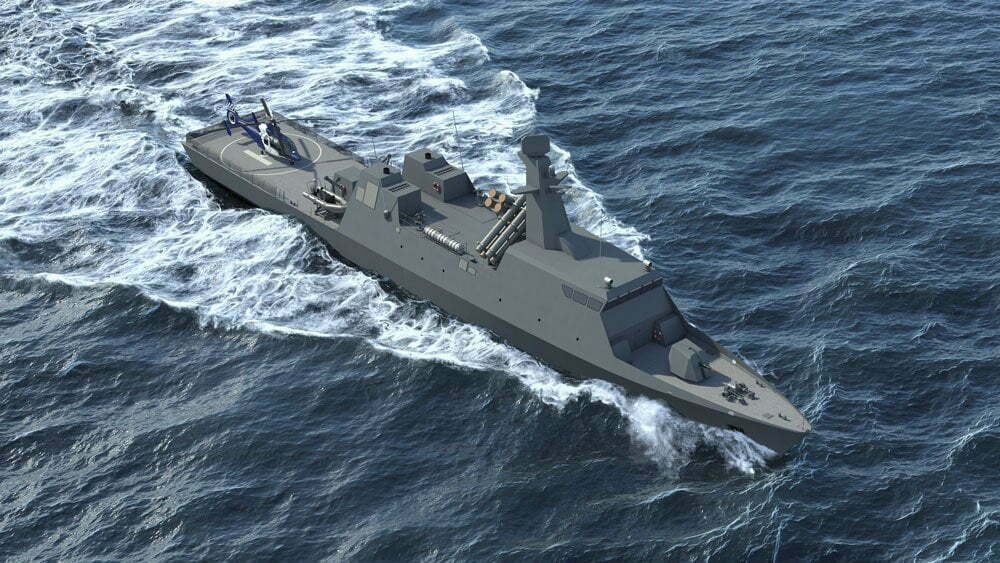 In its article, Realnews claims that the “THEMISTOCLES” corvettes will replace the La Combattante corvettes and together with the Roussen class corvettes they will form a strong deterrent force.

The new design of the Corvette brings next generation operational capabilities to future naval warfare. It is a multipurpose vessel with 72 meters length and full displacement of about 800 tons. The new corvette will travel at a cruising speed of 12-18 knots (sustained speed of 28 knots) whereas the maximum speed will be above 30 knots. The ship’s endurance is 21 days. It can operate a medium size marine helicopter but also supports unique possibilities of deploying Special Forces units. The “THEMISTOCLES” corvette includes state-of-the-art weapons and electronic systems that can of course be tailor-made to customer requirements. The ship will be powered by two MTU 16V1163M94 engines and will carry a crew of 45, plus 20 special operations soldiers. 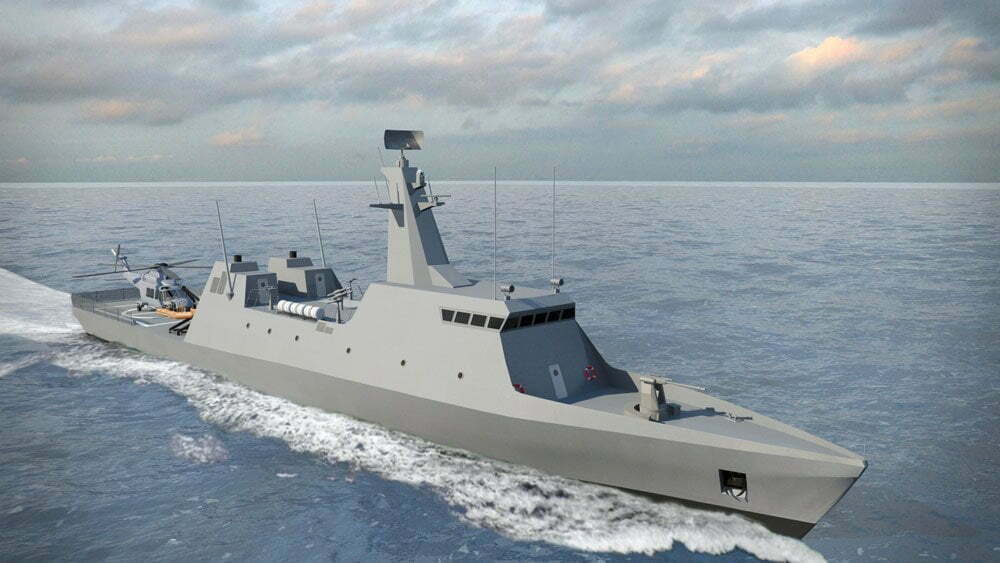 It can undertake, among other things, surveillance missions, including counter-terrorism operations as well as search and rescue operations.

“THEMISTOCLES” can accommodate advance weapon configuration such as anti- missile defence launchers, surface-to-surface missile launchers, a naval gun up to 76mm, remotely controlled stabilized Naval gun up to 30 mm, advanced radar systems and electronic countermeasures. The corvette will also be equipped with an advanced day and night vision system. 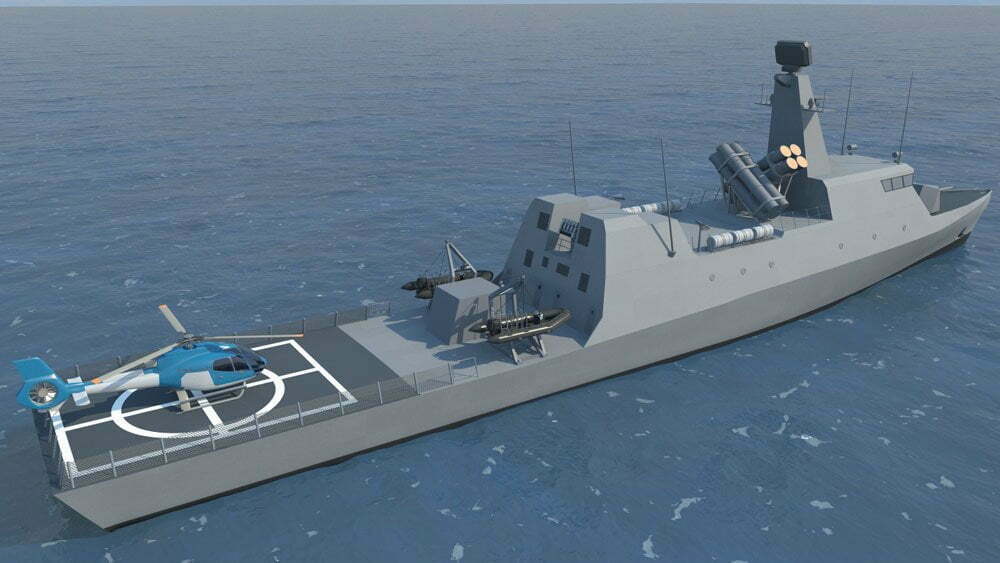 It is worth noting that “THEMISTOCLES” is in full compliance with international regulations regarding stability, hull construction, navigation systems, etc.

Watch the infographics video for the “THEMISTOCLES” corvette:

Also read: The sixth SUPER VITA type, ROUSSEN class arrives in Salamis. In the next few days, its official receipt by the Navy