The sixth SUPER VITA type, ROUSSEN class arrives in Salamis. In the next few days, its official receipt by the Navy
Defence Redefined
Published on 04/06/2020 at 08:30 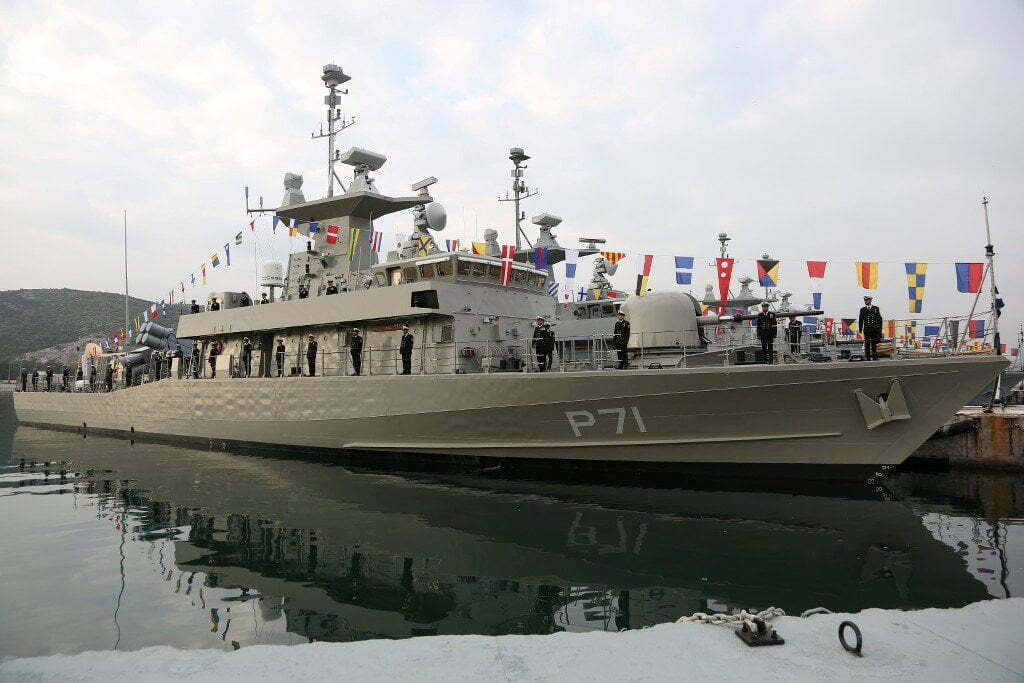 The SUPER VITA-type,ROUSSEN-class Fast Attack Missile Craft (FAMC) is expected to arrive in the next few days at the Salamis Naval Base. The ship will be named after the hero of Imia “Lieutenant Carathanasis”, with the insignia P78. The official receipt of the FAMC will take place at the end of June, according to Greek reports.

It has a propulsion of four main MTU engines with a maximum horsepower of 5790HP per engine. Its crew is 45 men. 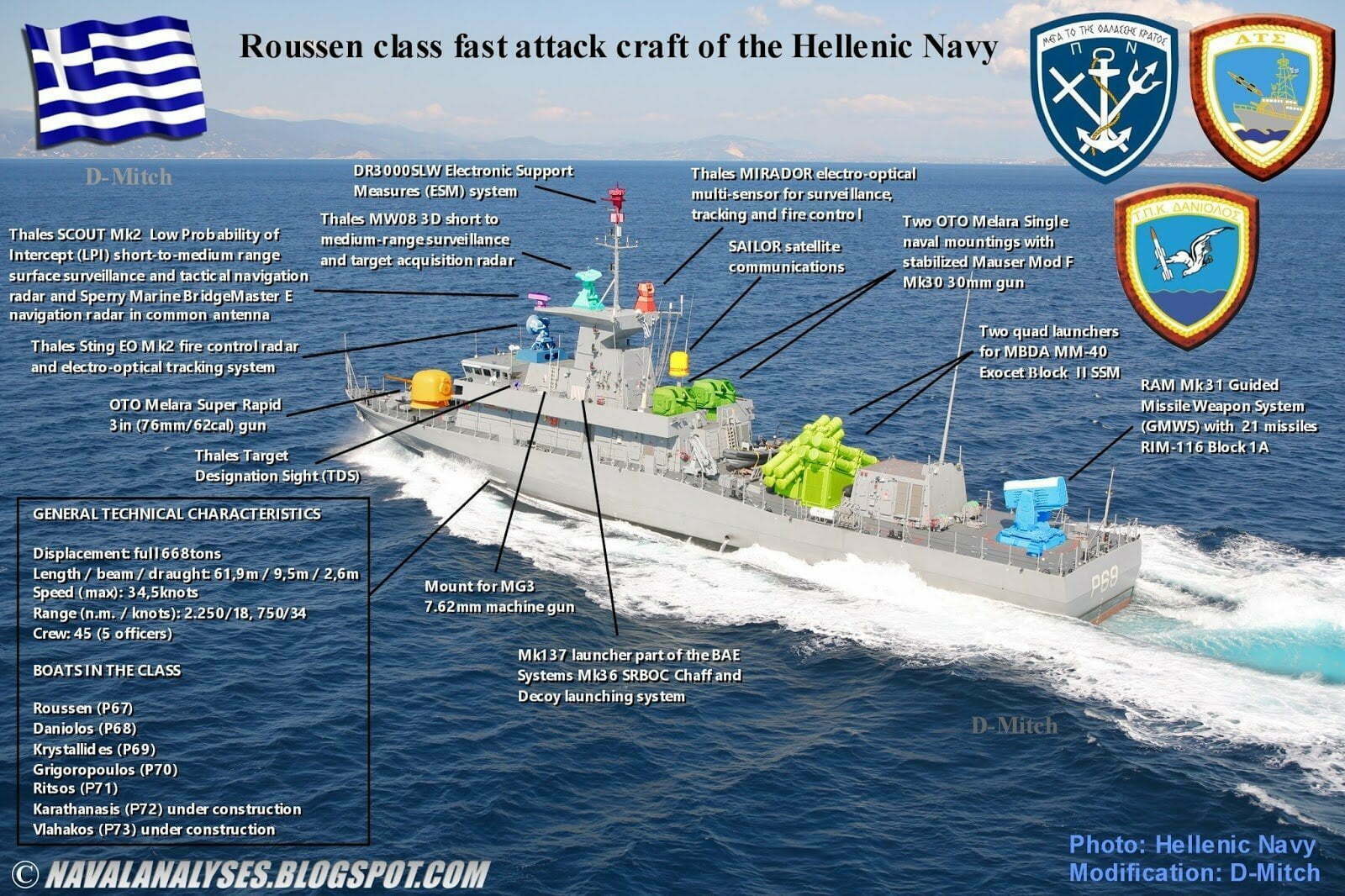 The Exocet Blk 3 missiles use active radar and have a range of 180 km, while the older Blk 2 (which are also in the possession of the National Guard at the MM40- coastal defence launchers) have a range of 70 km. The two four-cylinder launchers are installed on the deck in a crossed configuration with a double launcher facing to the right and one to the left.

The Greek Navy has 6 ROUSSEN-class FAMCs, including the newly-built P78, while the construction of the 7th craft “VLACHAKOS” is expected to be completed, despite the difficulties faced by the Elefsina shipyards. The construction of these vessels began in 2000 and initially involved the supply of three new FAMC with the option to supply up to four additional similar ships for the needs of the Navy.

Watch the C-RAM in action in Afghanistan and Iraq