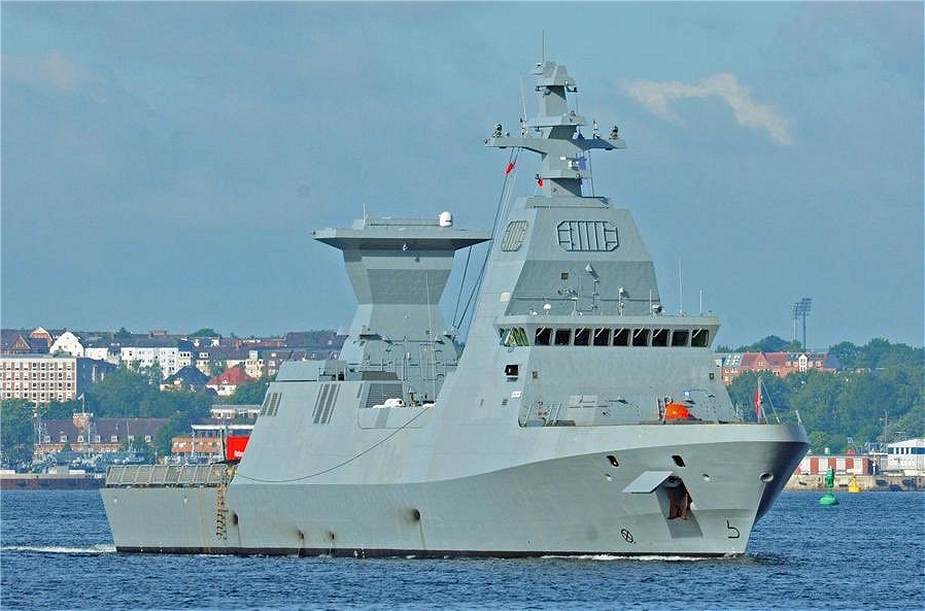 According to a post posted on the official twitter account of the Israeli Defence Forces (IDF) on November 5, 2020, after 3 years of construction in Germany, the first Sa’ar 6 corvette INS Magen is sailing to Israel to join the Israeli Navy.

Not only the Israeli Navy's most advanced ship yet, the ship will be equipped with our latest operational systems to thwart any enemy threat.

After being built over 3 years in Germany, the first ship is sailing to Israel to join our fleet. pic.twitter.com/pYGl34o6ur

The Sa’ar 6 is a series of four corvettes manufactured by the German company ThyssenKrupp Marine Systems (TKMS) for the Israeli Navy. On May 23, 2019, the first Sa’ar 6 corvette was named INS Magen at a ceremony in Kiel, Germany.

The contract for the delivery of four Sa’ar 6 corvettes to Israel was signed in May 2015. After the design phase, the construction phase began with the steel cutting ceremony of the first-of-class in February 2018. Within 15 months of the first steel cut, the ship was undocked thus fulfilling its very ambitious program.

In March 2020, photos released on the Internet revealed the first sea trials. Receipt of the corvette in question was delayed due to the Covid-19 pandemic as it was scheduled earlier in 2020. The other three ships will follow in just a few months.

The Sa’ar 6 design is based on the German-made MEKO 100 corvette, capable of carrying out a wide range of missions. The ship will be equipped with sensors and weapon systems produced locally by Israeli companies to enhance the ship’s combat capabilities. In August 2018, it was announced that Elbit Systems was awarded an approximately 85 million US dollars contract from the Israeli Ministry of Defence (IMOD) to supply electronic warfare (E/W) suites for the Israeli Navy Sa’ar 6-class corvettes.

The ship boast powerful weapons including up to 32 Barak-8 surface-to-air missiles made with Indo-Israeli collaboration and a maximum range of 70 km, 16 anti-ship missiles (likely Gabriel 5) made by the Israel Aerospace Industries (IAI) and a maximum range of 200 Km, the EL/M-2248 MF-STAR AESA radar made by IAI / Elta as well as the C-Dome point defence system, naval version of the Iron Dome also made by IAI.

The arsenal is completed by one OTO Melara Rapid 76mm Gun made by the Italian manufacturer Leonardo, 2 remote controlled Typhoon Weapon Stations of the Israeli company Rafael and two US Raytheon 324mm MK54 light torpedo launchers. The Sa’ar-6 can accommodate one SH-60F Seahawk helicopter as well as unmanned aerial vehicles (UAVs) at the stern. In addition to armaments, the corvette will feature Israeli Elbit Systems electronic warfare systems, telecommunications systems and state-of-the-art electro-optical equipment.