INTERNATIONAL RELATIONS
Kyrgyzstan | Number of deaths from clashes with Tajikistan rises to 36
Defence Redefined
Published on 18/09/2022 at 13:10 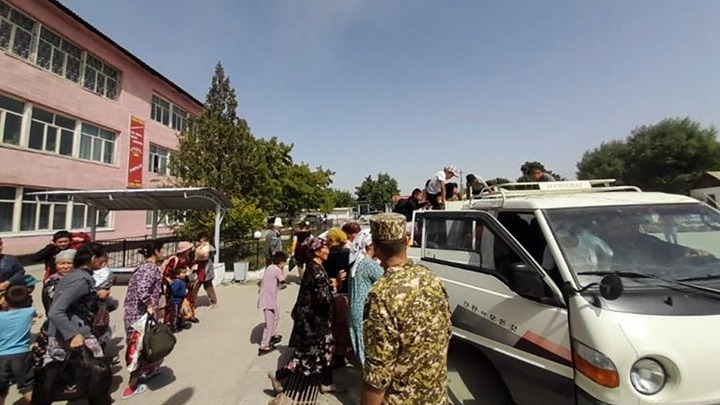 Kyrgyz authorities today announced the death of 12 more people during clashes with Tajikistan earlier this week, bringing the total death toll to 36, while another 129 people have been injured.

The country’s Ministry of Health announced that the death toll has reached 36 people during armed clashes in the Batken region, in southwestern Kyrgyzstan, on the border with Tajikistan.

From September 14 to 16, deadly clashes broke out between the two ex-Soviet republics that have had territorial disputes for years. One accused the other of using tanks, mortars, artillery, and drones to attack outposts on the border and neighboring settlements, killing at least 54 people.

Kyrgyzstan also announced that it had evacuated some 137,000 people from the conflict zone. Tajikistan has not released an official death toll, but security sources have indicated that 30 people have been killed this week.

The two sides agreed to a truce on September 16, which is generally being observed, despite some shelling.

The border between Tajikistan and Kyrgyzstan is regularly the scene of deadly clashes. Almost half of the 970 km border is disputed and progress on demarcation has been very slow in recent years.

2021 saw unprecedented clashes between the two sides, killing at least 50 people and fueling fears of an escalation of the conflict.