K. Mitsotakis | The Greek Prime Minister in Romania for bilateral contacts
Defence Redefined
Published on 23/02/2022 at 14:49 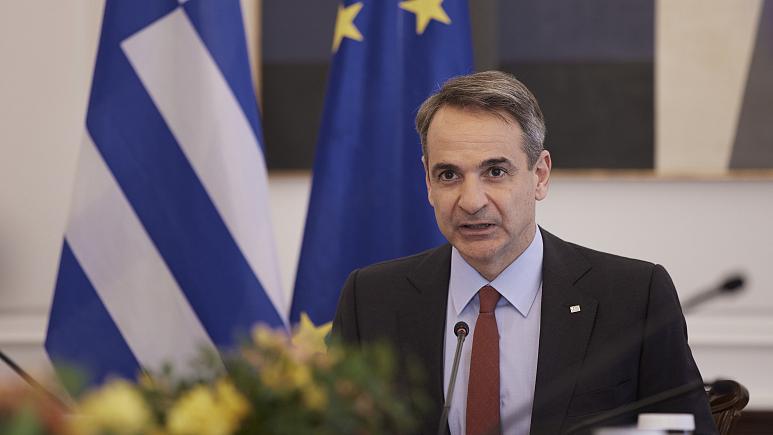 The Greek Prime Minister’s visit to Bucharest marks the strengthening of the Greek economic and business presence in the region and economic extroversion as well as the expansion of bilateral cooperation in a number of areas, such as that of Civil Protection, for which a separate agreement will be signed.

This is one of the most important areas for Greek economic and business activity and Kyriakos Mitsotakis and his Romanian counterpart Nicolae Ciuca will sign a Joint Declaration to promote economic and political cooperation, confirming their will to strengthen Greek-Romanian relations.

In addition to issues of expanding cooperation in the fields of economy, energy, transport, and tourism, the meetings will obviously focus on the latest worrying developments in Ukraine – the Prime Minister will also attend the extraordinary EPP teleconference on Wednesday afternoon, a summit convened by Donald Tusk.

In the meetings of Mr. Mitsotakis with the political leadership of Romania, the situation in the Western Balkans, the escalation of the Turkish provocation in the Eastern Mediterranean as well as issues of European interest will be discussed.

The Ministers will have the opportunity to meet with their Romanian counterparts and explore areas for cooperation.

Christos Stylianidis will sign a bilateral agreement (Memorandum of Understanding) with Romanian Interior Minister Raed Arafat, responsible for civil protection, on co-operation in the field of Civil Protection. The two countries are already cooperating through the European Civil Protection Mechanism and Romania’s assistance in dealing with the fires that hit the country last August has been substantial in both firefighters and firefighting vehicles.

Kyriakos Mitsotakis will also have a meeting with the Board of Directors of the Greek-Romanian Chamber and Greek businessmen operating in Romania.

Before returning to Athens, the Prime Minister will attend an official dinner hosted by his Romanian counterpart.