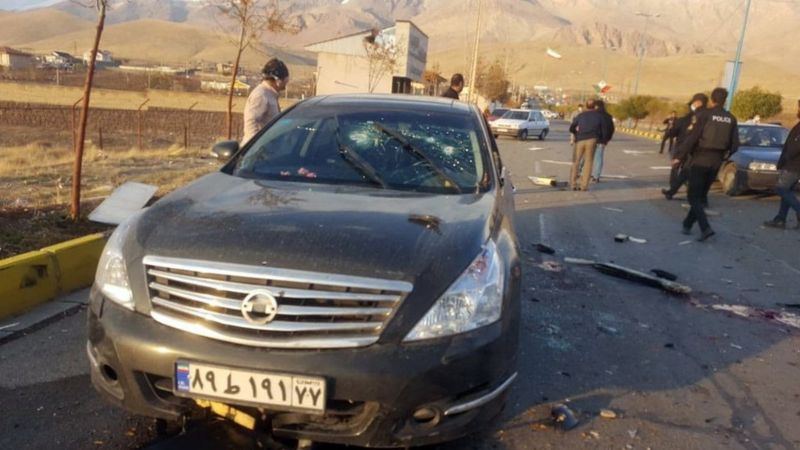 “Unfortunately, the medical team was unable to bring him back to life and a few minutes ago, this director and scientist succumbed to his injuries after years of effort and struggle,” said a statement from the Iranian Armed Forces broadcast by the state media.

The news of the assassination comes amid fresh concern about the growing amount of enriched uranium produced by Iran. Enriched uranium is a vital component in both nuclear energy and military nuclear weapons.

Also read: Iran directly threatens the United States with the destruction of warships

Fakhrizadeh is the most famous Iranian nuclear scientist and senior officer of the Islamic Revolutionary Guard Corps.

Western security sources have long said that Fakhrizadeh is an extremely powerful and decisive factor in Iran’s weapons program.

According to secret documents received by Israel in 2018, he led the program created by Iran’s nuclear weapons.

In 2015, the New York Times compared him to J. Robert Oppenheimer, the physicist who directed the Manhattan Project when he produced the first nuclear weapons during World War II.

“The office of Israeli Prime Minister Benjamin Netanyahu will not comment on reports of an attack on an Iranian nuclear scientist today.” The statement was made to Reuters by an official of the Prime Minister’s Office.

Several credible analysts attribute Fakhrizadeh’s death to agents of the Mossad, the Institute of Intelligence and Special Missions. So far, however, nothing is official and the scene around the assassination of the Iranian nuclear scientist is expected to clear in the coming days.