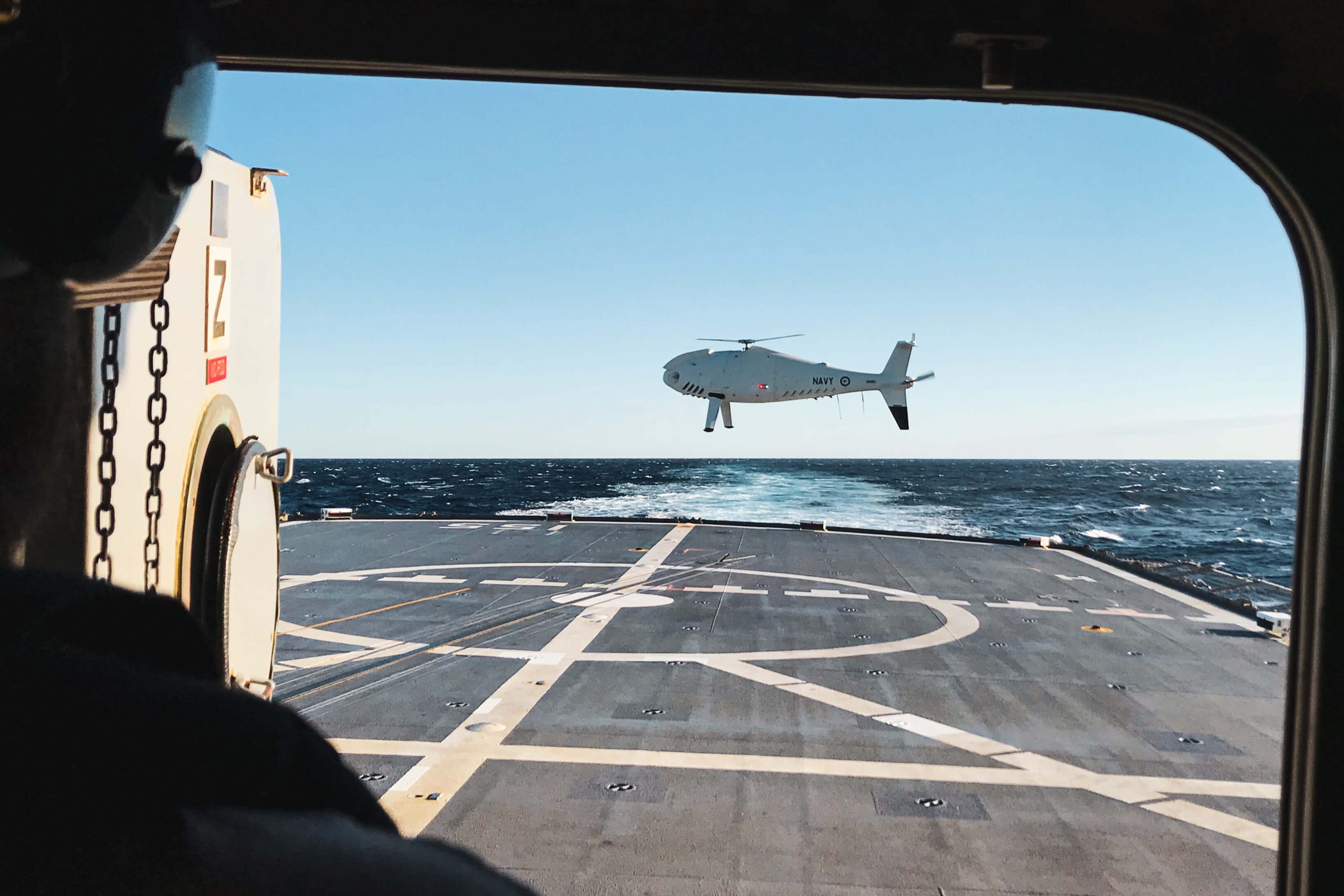 With an announcement, the Austrian company Schiebel informed that the Hellenic Navy has completed the capability trials of the UAS-type (Unmanned Aerial System) CamCopter S-100. The trials were conducted from the F-460 “Aegean” frigate of the Hellenic Navy stationed in the Mediterranean west of Crete and lasted a week.

The trials included scenarios of flight duration, the range as well as the capabilities of the system in maritime traffic monitoring and the detection of targets at sea. For the demonstration of flights, the CamCopter S-100 was equipped with a Trakka TC-300 Electro-Optical / Infra-Red (EO/IR) sensor and a Shine Micro Automatic Identification System (AIS) receiver. The CamCopter S-100 has been in service with 14 countries.

Also read: Delivery of the first S-70 helicopter to the Hellenic Navy, following its inspection by AEROSERVICES – Photos