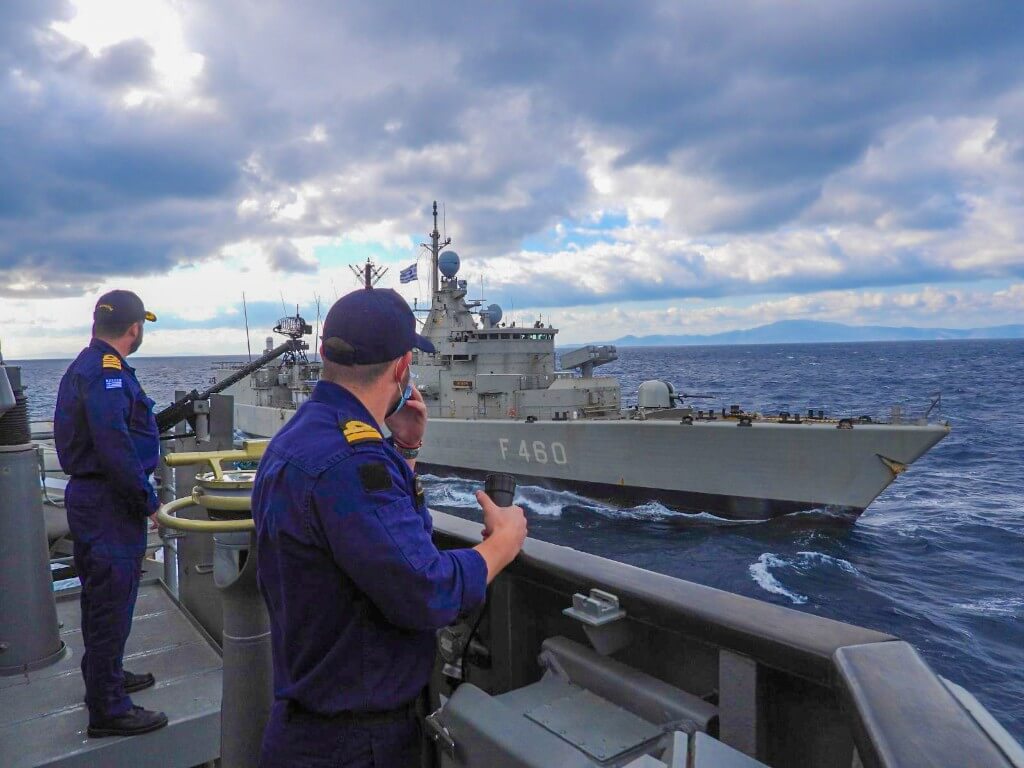 The operational training of the Hellenic Navy units was successfully carried out with a combination of exercises “Lailaps 2/21” and “Delfini 2/21”, in the sea area of ​​Central and Southeastern Aegean, Saronic Gulf, Northern Cretan, and Myrtoo Seas. The exercise was conducted with the participation of units such as the frigates, submarines, fast-attack crafts, surveillance vessels, underwater demolition, and Naval Aviation commands.

During the above exercises, which took place last week, advanced firing drills engaging targets and against a rocky islet, complex air defence exercises, torpedo firing exercises from submarines against surface targets and from the Mark V Special Operations Craft (SOC), as well as a significant number of items in dealing with all types of threats and tactics and means dealing with enemy UAVs, took place.

On Thursday, December 16, 2021, the Chief of the Hellenic Navy General Staff, Vice Admiral Stylianos Petrakis, boarded the ship of the Tactical Commander of the force, Frigate “Aegean”, where he was informed about the progress of the exercises. While onboard, he had the opportunity to talk to the crew of the Frigate and exchange Christmas wishes.

These exercises were carried out in the framework of the annual operational training program of the Navy, in order to maintain and further increase the operational readiness and combat capability of the participants.

At this point, it should be emphasized that in these naval drills a training torpedo was released from the upgraded P-3B Orion, the only one of the 5 possessed by the Hellenic Navy that is currently operational. Hopefully, the rest will become operational once again in the near future. 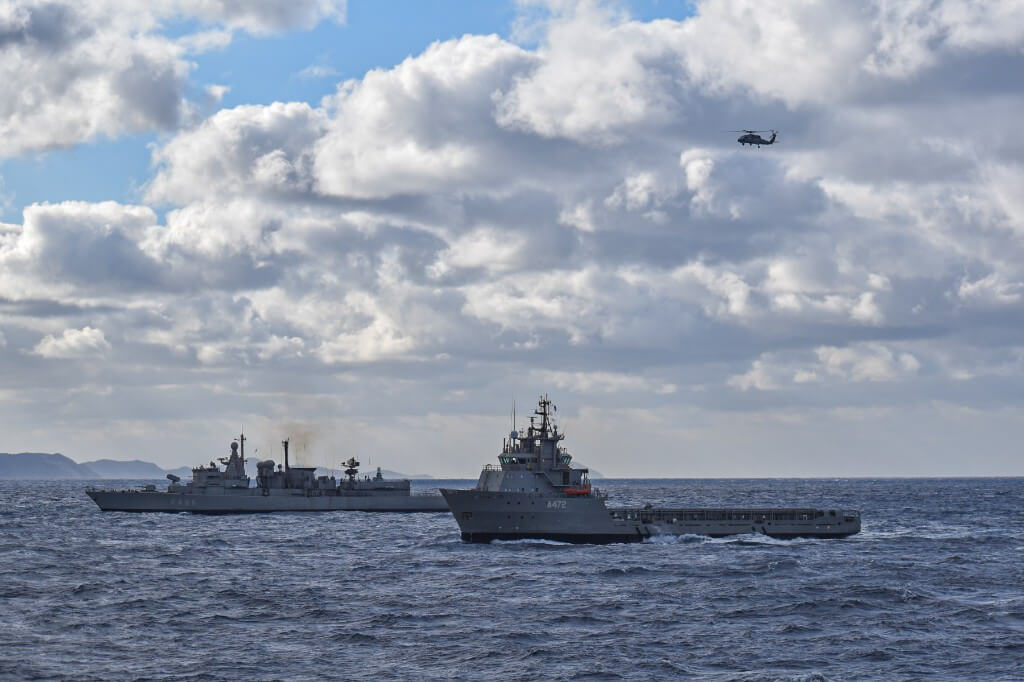 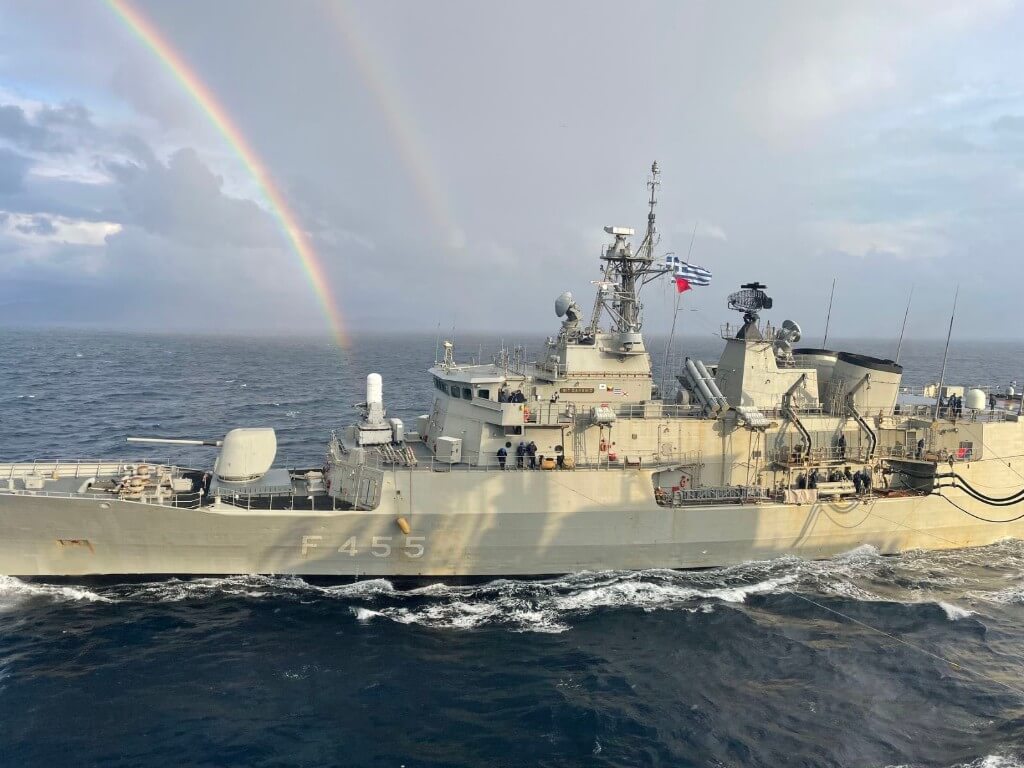 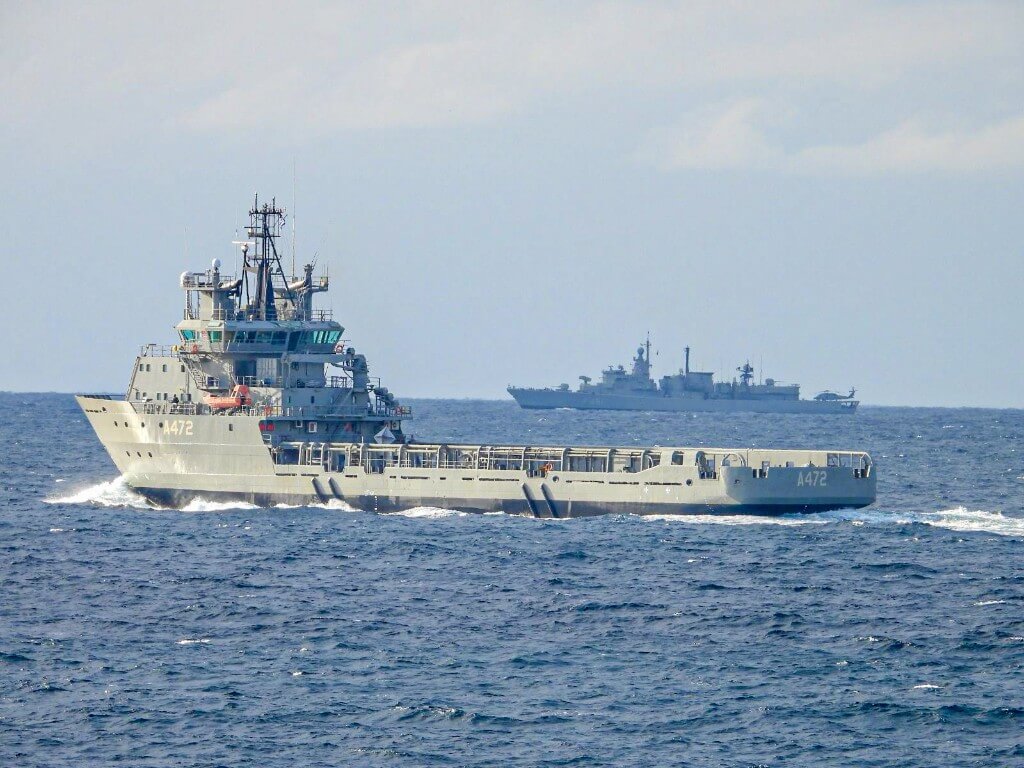 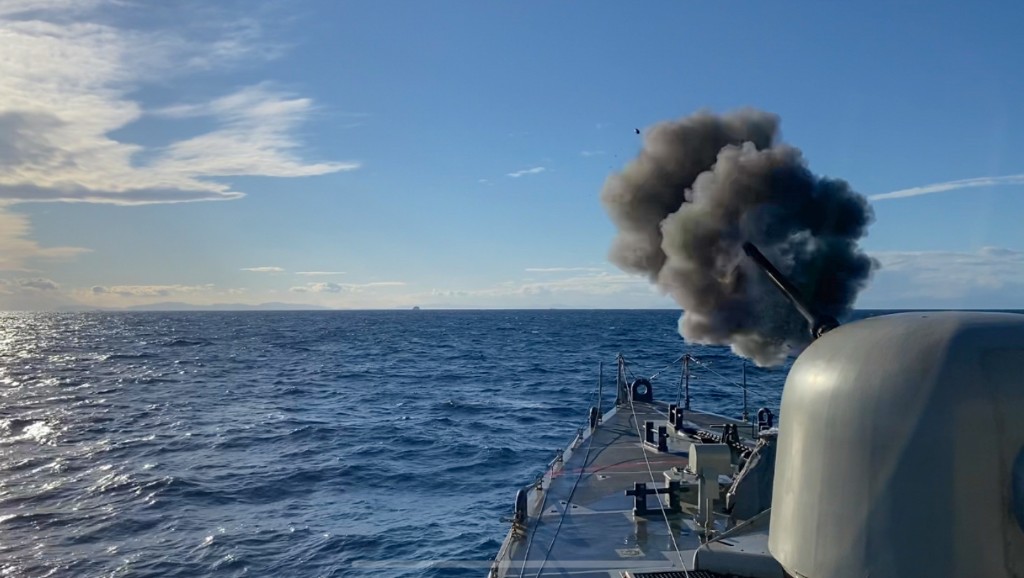