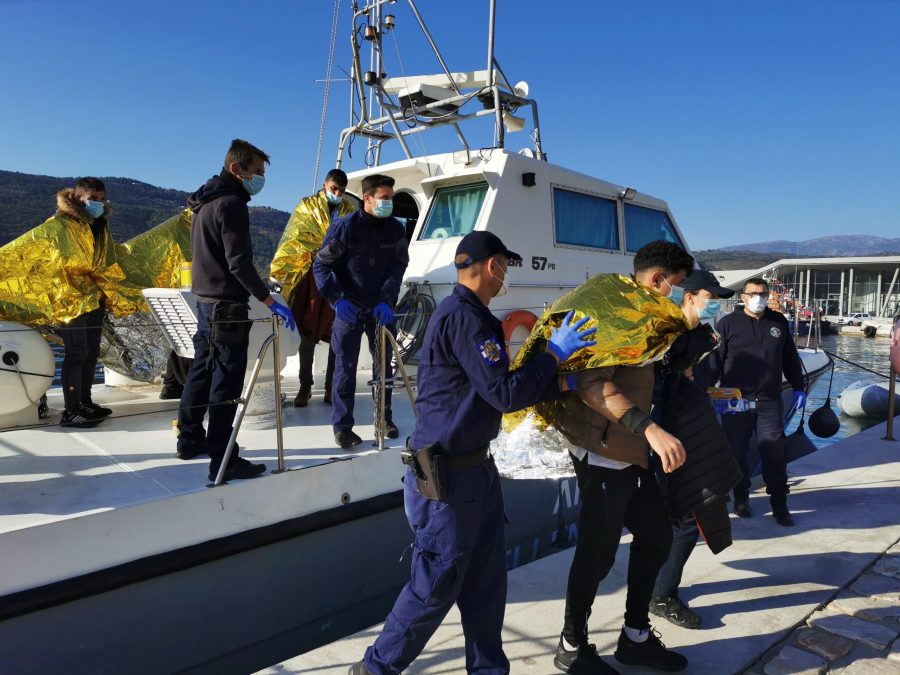 Early on Friday morning, the Port Authority of Rhodes was informed by the Hellenic Coast Guard’s Offshore Patrol Vessel 090 “GAVDOS” about a suspicious fast craft sailing in the “KRITINIA” sea area west of Rhodes. Foreigners had allegedly disembarked the said craft earlier in this area.

A pursuit followed, resulting in the immobilization of the craft and the arrest of the 2 foreign operators, aged 31 and 26.

A Coast Guard vehicle and Hellenic Police officers immediately rushed to the scene, where an officer of the Salakos Police Station located in the rural area of ​​”KRITINIA” an immobilized rented vehicle, driven by a 34-year-old foreigner, with 5 more foreigners inside the vehicle.

All of the above were arrested, while the foreigners identified the 31- and 26-year-old as traffickers and the 34-year-old as the driver of the vehicle that picked them up and transported them.

The Central Port Authority of Rhodes, which is conducting the preliminary investigation, seized the above fast craft and the rented vehicle. The Maritime Border Security and Protection Directorate, which coordinated the above case in cooperation with the Port Authority of Rhodes, is currently analyzing and processing all the evidence that has emerged, investigating the possible participation of the above arrested persons in other cases.

Also, on the same day, a search and rescue operation for foreigners took place in the sea area north of Samos, under the coordination of the Joint Search and Rescue Coordination Center of the Hellenic Coast Guard.

In particular, the above center was instructed by the European emergency call number “112” to locate a vessel with a sufficient number of foreigners on board in the above sea area.

Afterwards, the Italian boat of the FRONTEX force located 2 more people in the sea area of ​​”Tsambo Vourliotes”, who were also evacuated, while another man was also located during the investigation carried out on land by the aforementioned patrol vehicle on the northern coasts and specifically in front of the “Tsabou Vourliotes” beach.

All eight foreigners (all men) were taken to Vatheos Samos port safe and sound, while – according to them – there were no other people on board. A preliminary investigation is carried out by the Port Authority of Samos.