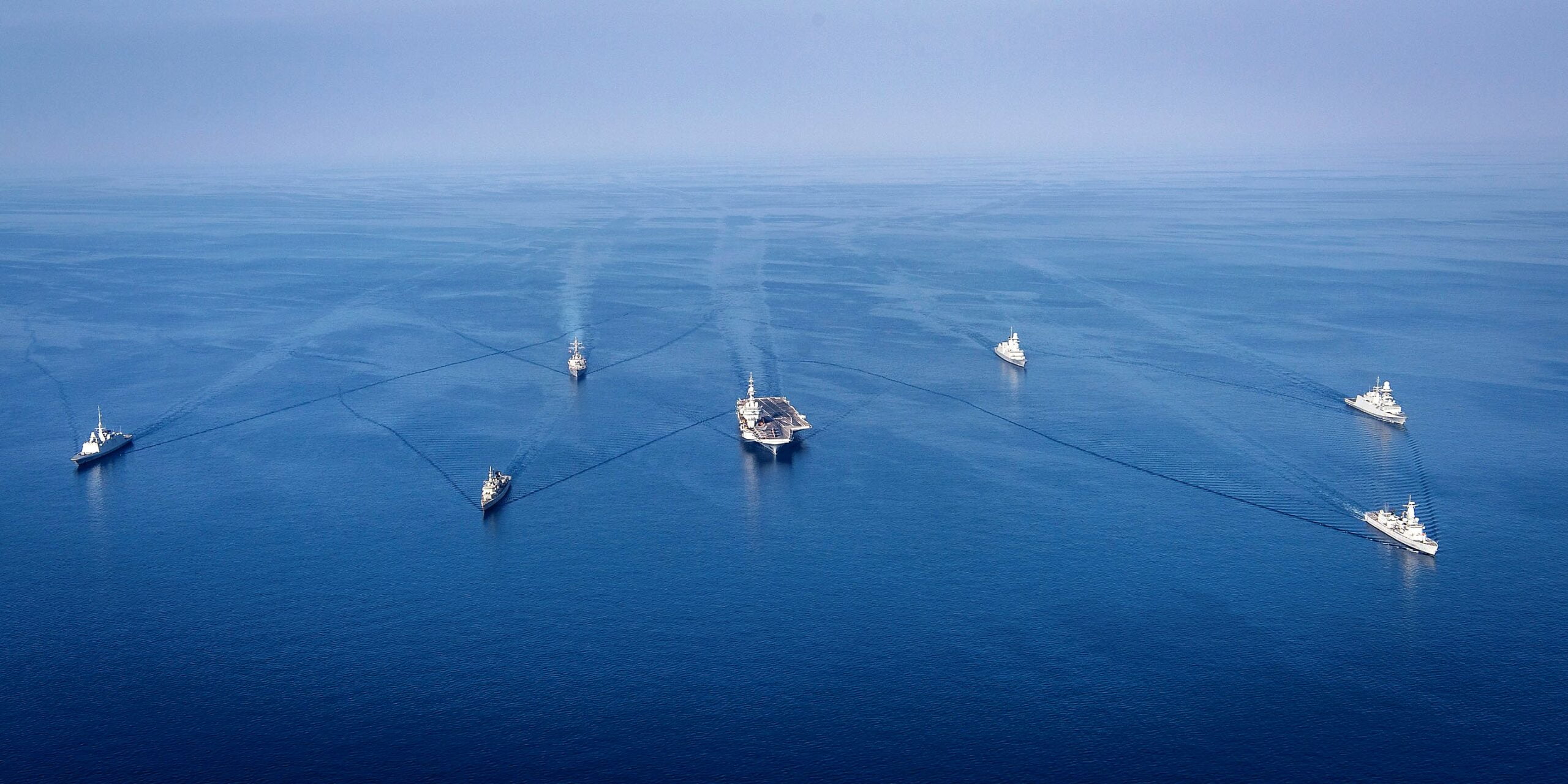 The intensely successful multidimensional and multifaceted diplomatic effort of Greece over the last year has been widely acknowledged and has become evident at an international, allied and bilateral level with many countries interested in peace, security and stability in the region. In this context, the Hellenic National Defence General Staff (HNDGS) has played a key role by organising and executing a wide range of international activities, collaborations and synergies, with the participation of personnel and equipment of the Hellenic Armed Forces, with allies and friend countries in bilateral, multilateral schemes as well as in the framework of the International Organizations in which Greece participates.

So, the Hellenic Armed Forces are currently deployed in areas of national interest with frigate “KANARIS” participating in the multinational Naval Force “TF 473” which organically escorts the Carrier Strike Group (CGS) of the French aircraft carrier CHARLES DE GAULLE, in the framework of operation “CLEMENCEAU 21”. In addition to the French, naval units from Greece, the USA and Belgium participate in this operation and cooperate with forces of other EU member states, NATO and Strategic Partners, thus highlighting the joint efforts of the participating countries to consolidate peace and stability in the wider Mediterranean region.

At the same time, frigate “KOUNDOURIOTIS”, which operates with the Standing Allied Maritime force SNMG-2 with the participation of a Submarine and a Naval Operations Helicopter (AFNE), takes part in the NATO exercise codenamed “DYNAMIC MANTA 21”. This exercise is conducted under NATO on an annual basis, with the aim of training participants in anti-submarine warfare under realistic conditions, in complex operational scenarios and multi-threat environments, while enabling the promotion of the units’ interoperability in an Allied framework. The exercise involves Surface Units, Submarines, Helicopters, Naval Operation Aircraft and personnel from France, Germany, Greece, the United States, Italy, Turkey as well as units of Standing NATO Maritime Group 2 (SNMG2).

Frigate “NAVARINON” participates in the UN allied operation “UNIFIL MAROPS”. The Maritime Task Force (MTF), which has been deployed in the Eastern Mediterranean region, is assisting the Lebanese Navy in controlling its territorial waters and enforcing the UN arms embargo on Lebanon. Another important aspect of the MTF mission is to help build Lebanon’s naval capabilities to effectively patrol its shores, until the country’s naval and security forces are fully capable of carrying out their duties.

Frigate “AEGEAN” participates in the EU operation “IRINI” as a ship of the headquarters of the Commander at sea, who is currently the Greek Commodore of the Hellenic Navy. Operation “IRINI” (from the Greek word “Peace”) primarily aims at the implementation of the UN arms embargo on Libya using air, satellite and naval forces, in order to contribute to the permanent ceasefire and peaceful resolution of the crisis in Libya.

Frigate “HYDRA” participated in the events of the International Defence Exhibitions IDEX & NAVDEX 2021 in the United Arab Emirates (UAE), following the acceptance of the Chief of the National Defence General Staff of the UAE’s invitation. During her return to Greece, the frigate conducted joint training, in a Passing Exercise (PASSEX), with surface units of the UAE Navy (ABU DHABI and MEZYAD) and the USA (USCG ADAK and USCG MAUI) in the Gulf. As ASSOCIATED SUPPORT, the frigate also participated in the multinational mission “EMASOH/AGENOR”.

“EMASOH/AGENOR” is an EU mission involving 8 European countries (Greece, France, Germany, Denmark, Italy, Belgium, the Netherlands and Portugal) which, in the framework of International Law, aims at the safe and free passage of cargo ships in the Gulf, the Straits of Hormuz and the Gulf of Oman. Greece took part in this mission for the first time with a warship and since February 2020 it has been contributing one (1) Officer to the mission’s staff, which is based in the UAE.

Minesweeping “EUROPE” participates in the multinational exercise “POSEIDON 21” organized by the Romanian Armed Forces in the Black Sea. The exercise involves units of the Romanian Navy as well as units of the NATO Mine Countermeasures Maritime Group 2 (SNMCMG2). The aforementioned Force is one of the two permanently active naval forces of NATO Mine Action with the mission of conducting countermine operations in the Mediterranean, under the control of the NATO Maritime Command (MARCOM).

Greece provides port facilities to a significant number of allied warships that dock in the port of Souda, Piraeus and Alexandroupolis in the framework of the operation “ATLANTIC RESOLVE”. It should be pointed out that for the second time the port of Alexandroupolis is used for the passage of US Special Forces, after the signing and ratification of the amending protocol of the Mutual Defence Cooperation Agreement between Greece and the USA (MDCA).

Greece is contributing to the “NATO Air Policing” mission in Albania, Northern Macedonia and Montenegro with two F-16s from the 116th Combat Wing in Araxos. The said participation of the Hellenic Armed Forces in the policing of the airspace of the neighboring Balkan countries is aimed at strengthening the security of the wider region.

HNDGS intends to further expand the above actions in order to support national interests and strengthen bilateral and multilateral cooperation. The current international activities of the Hellenic Armed Forces are shown on the map. 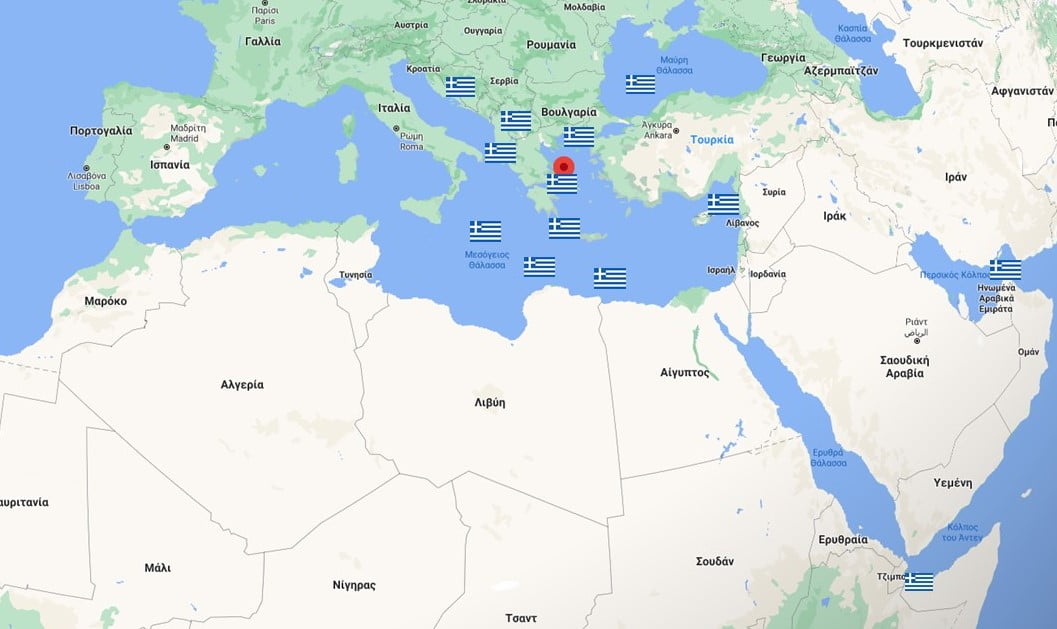