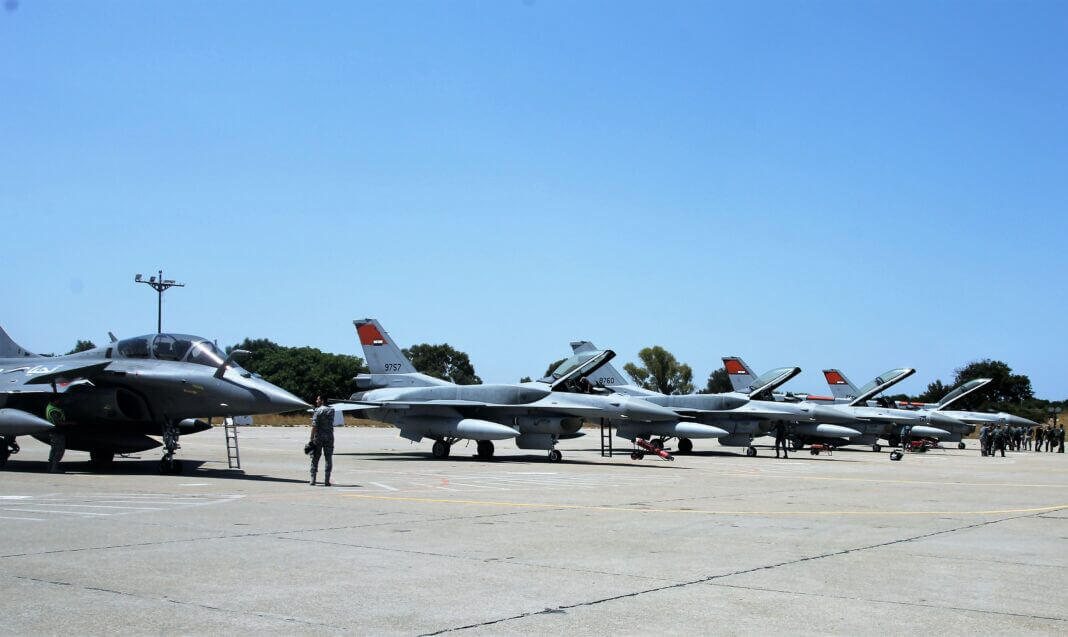 On Tuesday, August 10, 2021, a military exercise called “GRC EGY T15” was held, between Greek and Egyptian fighter jets, within Athens’ FIR in an area south of Crete.

The “GRC EGY T15” was conducted in 2 phases, where training was performed in an air offensive of 4 against 6 fighters (Offensive Counter Air – OCA, Defensive Counter Air – DCA). Between the 2 phases, the aircraft of both countries landed for refueling at the 115th Combat Wing at Souda airport. Throughout the “GRC EGY T15” exercise, the E-2C of the Egyptian Air Force operated within Cairo’s FIR.

Also read: Images from the joint training of naval units of Greece and Egypt – VIDEO