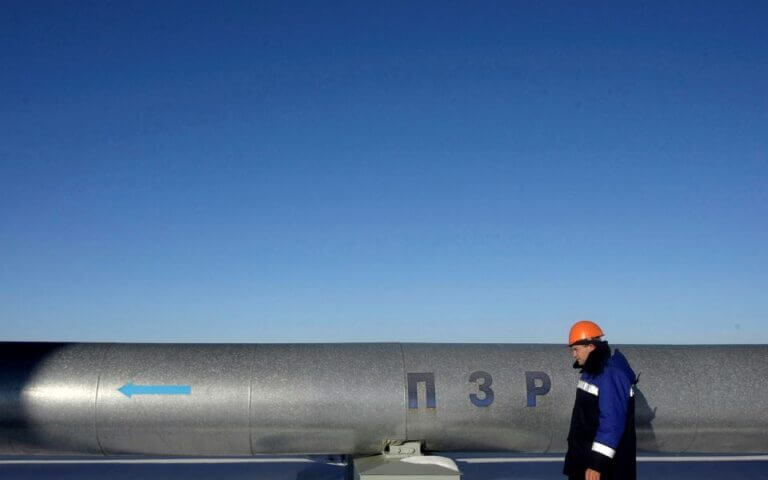 Russia’s energy giant Gazprom has announced that it has suspended gas supplies to Bulgaria and Poland on the grounds that the two countries have not paid for gas in rubles but clarified that it continues to supply gas to Europe through Ukraine on the basis of demand.

Poland and Bulgaria are the first two countries to suffer a Russian gas supply shortage after Moscow’s invasion of Ukraine on February 24.

“Gazprom has completely suspended gas supplies to Bulgargaz (Bulgaria) and PGNiG (Poland) due to non-payment in rubles,” the Russian company said.

In particular, the Russian energy giant Gazprom informed the Polish state oil and gas company PGNiG that it will cut off the supply of natural gas through the Yamal pipeline from 9 am (Greek time) on Wednesday, according to a statement issued today by PGNiG.

The Polish state oil and gas company says it will take steps to restore the flow of gas, stressing that its suspension constitutes a breach of contract. It has even announced in advance that it has every right to claim compensation for the breach of the terms of the contract.

At the same time, Russia’s Gazprom informed Bulgarian state-owned gas company Bulgargaz that it would cut off gas supplies as of Wednesday, the country’s Energy Ministry said on Tuesday.

At the same time, the Ministry announced that in cooperation with the state gas companies, it has taken measures to find alternative flows for the supply of natural gas to tackle the situation. At the same time, it pointed out that currently no restrictions are required on the consumption of natural gas in the country, which covers more than 90% of its gas needs with Gazprom’s imports.

“Bulgaria and Poland are transit countries. In the event of unauthorized retention of Russian gas passing through third countries, the passing quantities will be reduced accordingly,” Gazprom said.

It is recalled that Russian President, Vladimir Putin, has issued a presidential decree requiring European countries to pay Gazprom in rubles. The plan stipulates that countries “unfriendly” to Russia will have to open accounts with Gazprombank and make their payments for gas imports in euros or dollars, which will be converted into rubles.

“Payments for gas deliveries after April 1 should be made in rubles using new payment information, as the parties have been informed of in a timely manner,” Gazprom said today.

The price of natural gas in the Dutch market, which is the benchmark for Europe, jumped more than 19% today, to 117 euros per MWh. The Kremlin’s announcement that it would cut off gas to the two countries was Russia’s harshest response to Western sanctions so far. As Russia now uses energy as a weapon, its conflict with the West is estimated to enter another level.