FS PROVENCE | French Frigate arrives at the port of Piraeus
Defence Redefined
Published on 29/01/2022 at 10:00 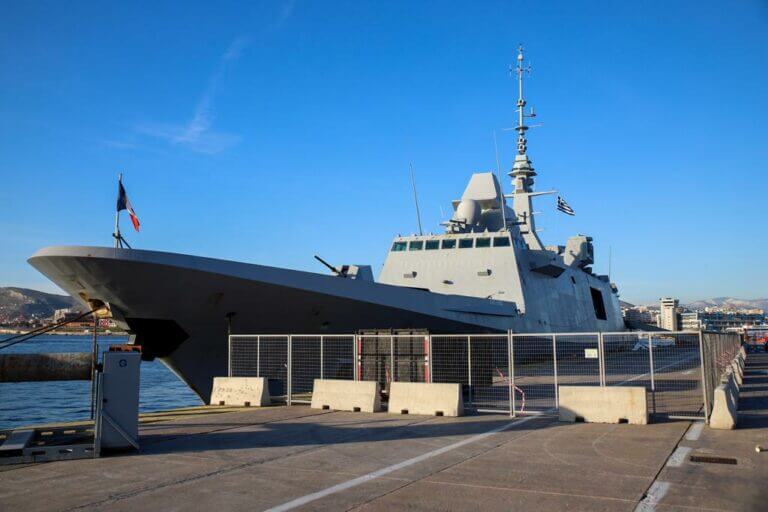 Yesterday, Friday, January 28, 2022, the Minister of National Defence, Mr. Nikolaos Panagiotopoulos, the Chief of the Hellenic National Defence General Staff (HNDGS), General Konstantinos Floros, and the Chief of the Hellenic Navy General Staff, Vice Admiral Stylianos Petrakis, visited the French Navy Frigate FS PROVENCE which sailed to the port of Piraeus on Thursday, January 27, 2022, and will remain there until Monday, January 31, 2022.

The visit took place at the invitation of the Ambassador of the French Republic to Greece, Mr. Patrick Maisonnave, and the Frigate Commander, Captain Nicolas Vanderbrouck.

During the visit, information was provided about the mission and capabilities of the Frigate and a tour took place.

After the departure of the ship from the port of Piraeus, joint operational activities of Warships and Fighter Aircraft of the Greek Armed Forces and the FS PROVENCE Frigate will be carried out, in the framework of the implementation of the “Guidelines for the Upgrading of the Greek-French Military Cooperation” signed by the Chief of HNDGS and the Chief of the French Defence Staff, General Thierry Burkhard, during his official visit to Greece on Friday, January 21, 2022. 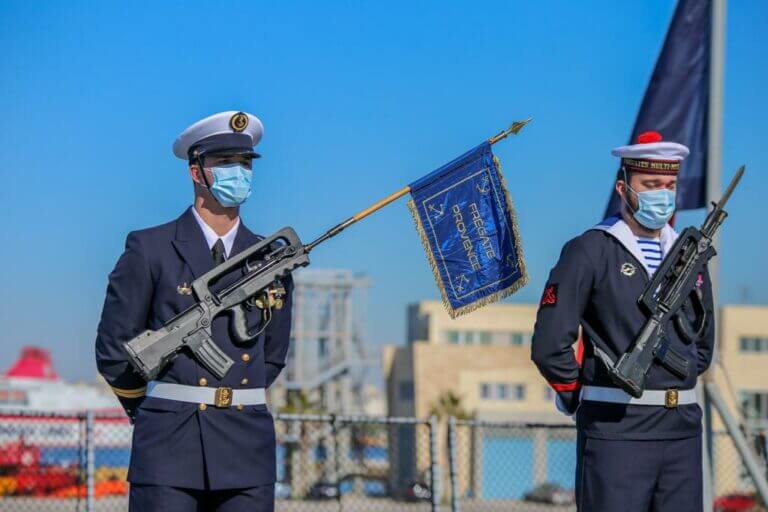 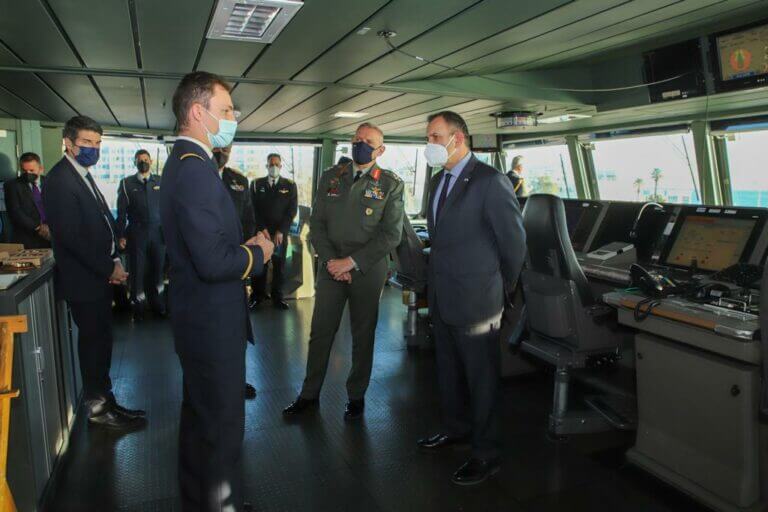 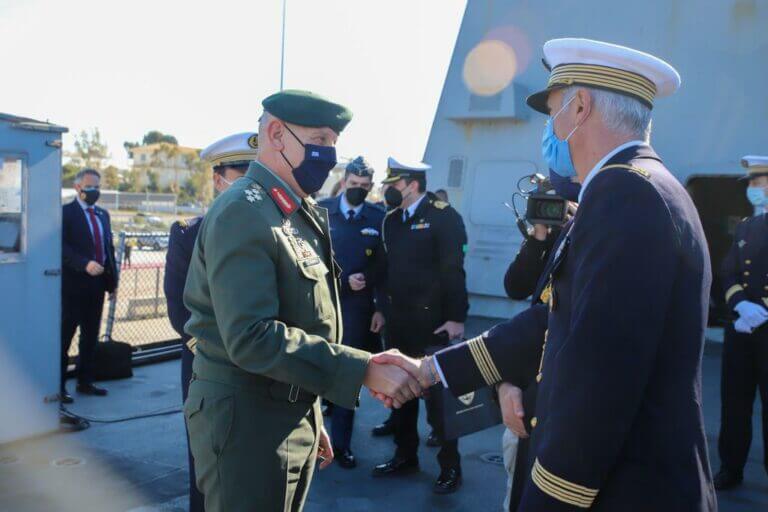 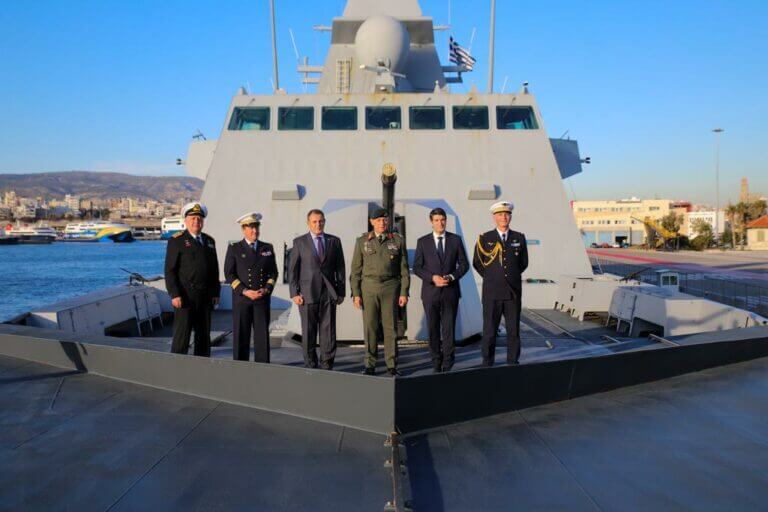 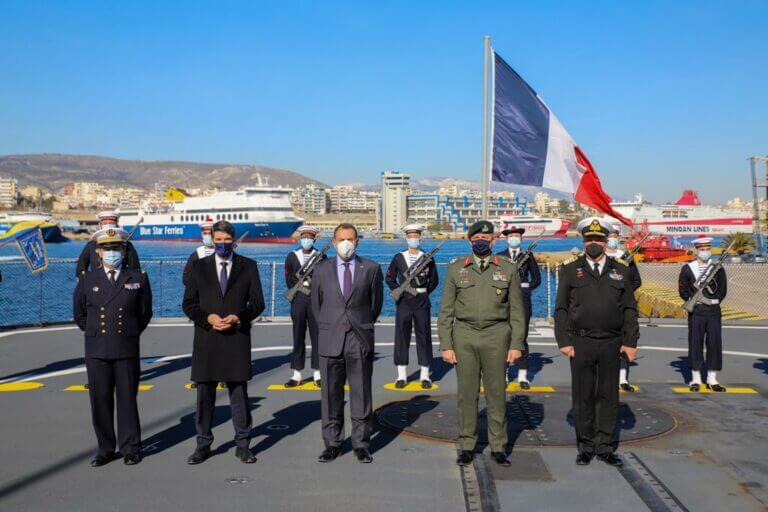 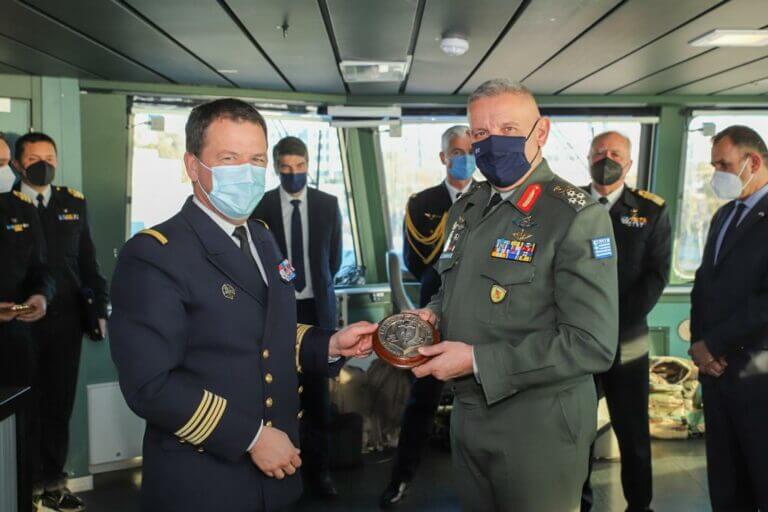