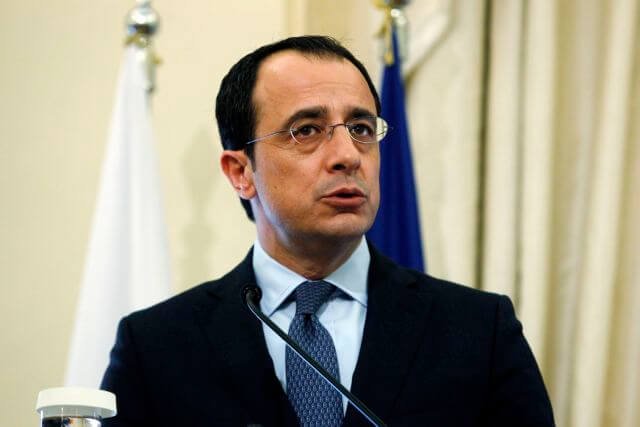 Foreign Minister Nikos Christodoulidis travels for a two-day working visit to Israel on Sunday night at the invitation of his Israeli counterpart Yair Lapid.

A statement from the ministry said that Mr. Christodoulidis’ contacts will focus on consultations with his Israeli counterpart, the first to be held between the two ministers after Mr. Lapid took office last month.

Mr. Christodoulidis and Mr. Lapid will have a private meeting on Monday morning (26/7) and extended consultations with the participation of official delegations of the Ministries of Foreign Affairs of the two countries, in the framework of which the constantly upgraded bilateral relations between Cyprus and Israel will be reviewed. Furthermore, ways to further strengthen these relations in a number of specific areas will be considered.

Issues related to the promotion of regional cooperation and dialogue will also be discussed and views will be exchanged, inter alia, on the situation in the Eastern Mediterranean as well as on EU-Israel relations.

Mr. Christodoulidis will inform about the latest developments in the Cyprus issue, in the light of the new provocative and illegal actions of Turkey, especially in relation to the enclosed area of ​​Famagusta.

Afterwards, the Foreign Minister will have a meeting with the new Minister of Energy Karine Elharrar, with whom they will exchange views on the cooperation between the two countries in the fields of energy and the exploitation of natural resources as well as on prospects for further strengthening regional cooperation.

During his stay in Israel, Mr. Christodoulidis will attend separate meetings with President Isaac Herzog and Prime Minister Naftali Bennett, with whom he will have the opportunity to discuss issues related to bilateral relations, the Cyprus issue as well as regional and international issues of common interest.